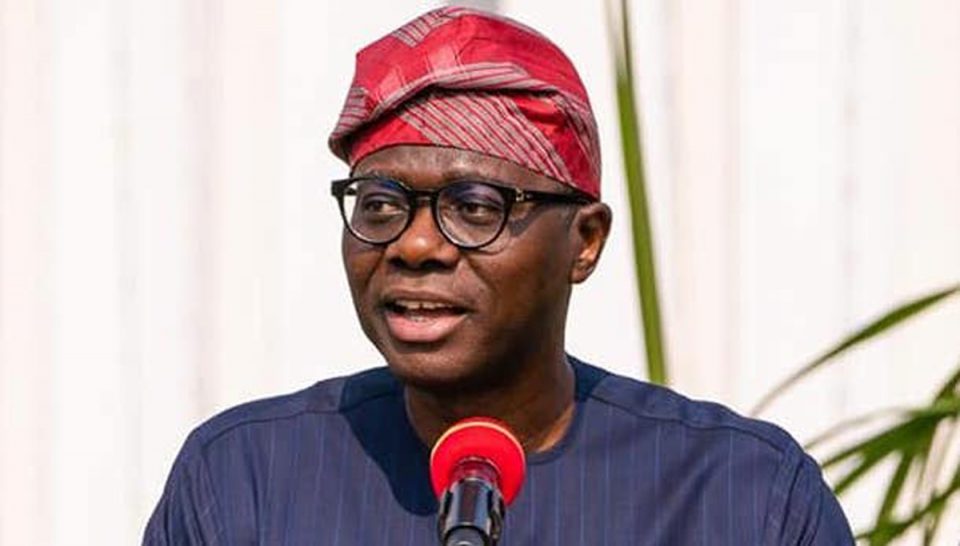 The Lagos State Governor, Babajide Sanwo-Olu, says All Progressives National Leader, Asiwaju Bola Tinubu, is the most qualified Nigerian to be president in 2023.

Sanwo-Olu said this while drumming support for the Tinubu candidacy, during the formal inauguration of Asiwaju Bola Ahmed Tinubu (ABAT) Movement’s Working Committee in Ikeja.

The Movement was conceived and set up by members of Governor’s Advisory Council (GAC) in Lagos, for the actualisation of the presidential ambition of the former Lagos Governor.

He said the indisputable capability of Tinubu, to effectively manage human and material resources for visible progress stood him out as the most qualified Nigerian to be president in 2023.

Sanwo-Olu said that Tinubu’s qualification rested on his demonstrated capacity in deploying a mix of genius and statecraft to nurture a city on the brink to a flourishing economy.

He said the progress in Lagos remained a visible experiment initiated by the APC leader.

Sanwo-Olu said that Nigeria had continued to shoulder the burden of the black race, and the country’s transformation into a stable economy would be a source of pride to the black man.

According to him, in 2023, the country needs a capable leader with progressive ideas to succeed President Muhammadu Buhari and build on the progress recorded by the current administration.

“Tinubu’s practicable ideas in governance makes him the most qualified successor and saleable choice for the job.

“Our country is the most populous black nation in the world and the responsibility that comes with that is enormous. No doubt that the destiny of the entire black race is tied to the greatness of Nigeria.

“If our country must be great, we have the responsibility to choose the leadership that will bring about true transformation across every facet of our national life.

“Who is that rallying figure that should lead us in this journey? The answer is deeply connected to our mission and purpose here today. That person must be a detribalised Nigerian and a bridge builder, who has been tested and trusted.

“A thinker, who must sustain the legacy our current president, is leaving behind. That person is the reason we are inaugurating this movement for the actualisation of his presidential ambition. That person is our great leader, Asiwaju Bola Ahmed Tinubu,” he said.

Sanwo-Olu said that Tinubu’s name was synonymous with growth and development and possessed a midas touch to positively turn around the resources of the country for general good.

He said the event was to raise foot soldiers, team leaders and cheerleaders, who would pursue the movement’s objectives and cascade down its messages to every voter at the ward level, with commitment and passion.

The governor charged all selected for leadership roles in the movement to reflect Tinubu’s political ideals of openness and tolerance in their engagement and mobilisation.

APC stalwart, Cardinal James Odumbaku, said the forthcoming general elections presented another opportunity for Nigerians to make the right choice, to keep the country on the path of development.

Odumbaku said the electorate must get it right by electing a tested and credible leader to steer the leadership of the country, hence, the movement believe that Bola Tinubu remained the right man for the top seat.

GAC leader, Prince Tajudeen Olusi, described Tinubu as “a genius” in statecraft, adding that the APC Leader was a saleable article in the political market.

”We have to be prepared and determined, because the contest would be a battle of might and strength,” Olusi said.

The Movement’s Director-General, Mr Oyinlomo Danmole, said that ABAT structure was different from other support groups set up across the country for the actualisation for Tinubu’s presidential ambition.

Danmole said that all cluster groups within the Lagos APC had representation in the movement, with the inclusion of every locality in the state.

He said that seven-member committee had been set up in each of the 57 local councils in Lagos, with each committee headed by coordinators.

Danmole said that at the ward level, the movement maintained similar committee structure of seven persons across the 377 wards, adding that registration to be part of the ward committee would be made open to residents in the coming days.

Of herdsmen and Ogun security architecture