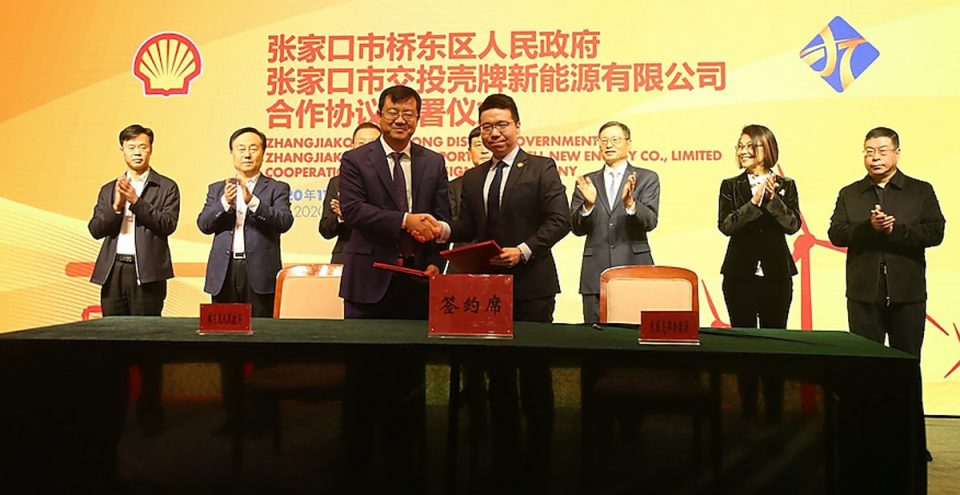 According to Shell, one of the world’s largest hydrogen electrolysers has today started production of green hydrogen in Zhangjiakou, Hebei Province, China. The electrolyser will provide about half of the total green hydrogen supply for fuel cell vehicles at the Zhangjiakou competition zone during the Winter Olympic Games, set to begin on February 4, 2022.

“The electrolyser is the largest in our portfolio to date and is in line with Shell’s Powering Progress strategy, which includes plans to build on our leading position in hydrogen,” said Wael Sawan, Shell’s Integrated Gas, Renewable and Energy Solutions Director.

“We see opportunities across the hydrogen supply chain in China, including its production, storage and shipping. We want to be the trusted partner for our customers from different sectors as we help them decarbonise in China.”

The project is part of a joint venture between Shell China and Zhangjiakou City Transport Construction Investment Holding Group Company Limited, formed in November 2020. The 20MW power-to-hydrogen electrolyser and hydrogen refuelling stations in Zhangjiakou are phase 1 of the joint venture. The companies have plans to scale up to 60MW in the next two years in phase 2.

Taking only 13 months to complete, this is Shell’s first commercial hydrogen development project in China. Utilising onshore wind power, the project will initially supply green hydrogen to fuel a fleet of more than 600 fuel cell vehicles at the Zhangjiakou competition zone during the Winter Olympic Games. After that, the hydrogen will be used for public and commercial transport in the Beijing-Tianjin-Hebei region, helping to decarbonise its mobility sector.

“We are glad to contribute to China’s progress towards its commitment for a carbon-neutral Olympic Games, and in the longer term for its 2030 and 2060 carbon targets,” said Jason Wong, Executive Chairman of Shell Companies in China. “With project phase 2 expansion plans and through partnerships with the local government and businesses, we will support the development of a low-carbon energy system and low-carbon transport system in Zhangjiakou and the wider Beijing-Tianjin-Hebei region.”

Shell explained that hydrogen is a clean and versatile energy carrier. Hydrogen fuel-cell electric vehicles take only a few minutes to refuel and produce no greenhouse gases from the exhaust. With the hydrogen produced using renewable energy such as wind, the fuel produces no emissions across its life cycle.

Zhangjiakou City is 180 kilometres from Beijing and is strategically located at the junction of Beijing, Hebei, Shanxi and Inner Mongolia. Zhangjiakou City is rich in renewable energy resources such as wind and solar. In 2015, it was identified by the China State Council as the country’s first and only National Renewable Energy Demonstration Zone to explore pathways to accelerate energy transition and innovations in renewables sector. As the co-host city of the 2022 Winter Olympic Games, Zhangjiakou is tasked to provide low-carbon energy and low-carbon transport for this event, and hydrogen is critical for the city to deliver its plan.

Shell said all of its core businesses have grown considerably in China. Shell works with PetroChina and CNOOC to develop onshore and offshore oil and gas resources in China and overseas. This includes the Changbei onshore gas project, developed in collaboration with PetroChina. Shell is also a leading supplier of LNG in China.

Shell operates a retail network of near 1,900 gas stations in China through joint ventures and wholly owned enterprises, with more than 2,000 charging points for electric vehicles. Shell has five lubricant blending plants and one grease production plant in China. It also operates a world-class petrochemical plant in the Daya Bay area of Huizhou City, Guangdong Province, in a joint venture with CNOOC.

Shell Energy (China) Company Limited is an important part of Shell’s global trading network, providing Chinese clients with a competitive and diversified LNG portfolio, CO₂ emissions management and strategic solutions. Shell Ventures has a dedicated team in China to accelerate innovation in the energy and mobility sector by investing in disruptive technologies and business models outside the company.