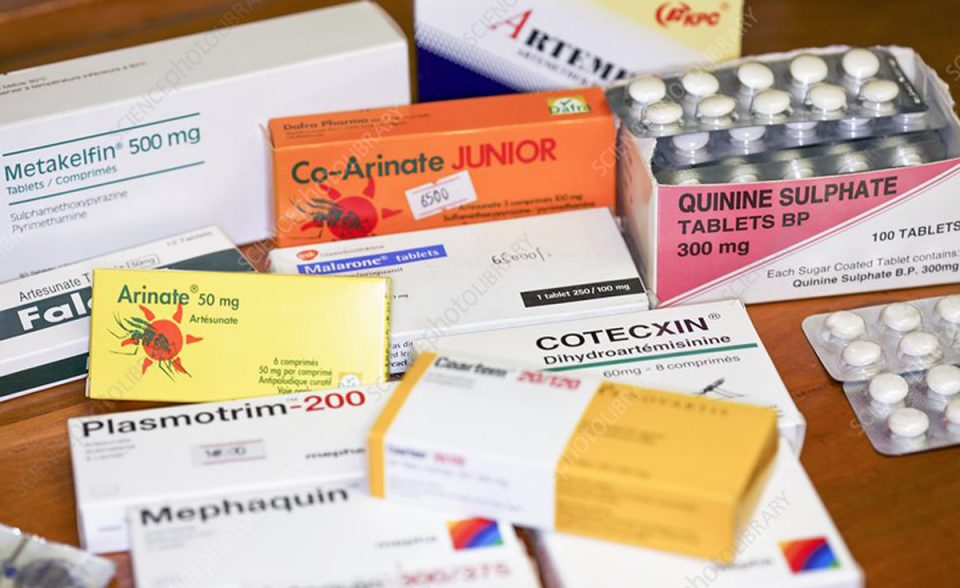 At a time the Nigerian pharmaceutical industry is struggling for lack of patronage, Africa’s most populous nation imported antimalarial drugs worth N109.46billion in six months.

According to the Foreign Trade Statistics released by the National Bureau of Statistics, the country imported antimalarial drugs valued at N65.988billion in the third quarter of 2021 and N43.472billion in the fourth quarter of the same year.

In literal terms, it means that each Nigerian took an imported antimalarial drug worth at least N547 within this period.

The NBS reports did not mention names of specific antimalarial drugs imported within the two quarters.

When Financial PUNCH enquired about the names of the drugs, the agency said it only provides information on items with harmonised system codes, also known as HS codes.

By the NBS’ explanation, there were many antimalarial drugs categorised under the HS code.

The HS codes are “numerical codes that allow the systematic definition and classification of all goods in international trade, within the tariffs of signatory countries,” according to Cotecna, a firm that provides services on testing, inspection, and certification.

The antimalarial drugs were Nigeria’s 14th and 15th largest imports in the third and fourth quarters respectively, according to the data provided by the agency.

It could be much worse

According to the United Nations COMTRADE, which is a database on the global trade, Nigeria imported drugs and pharmaceutical-related products valued at N2.97bn in 2020.

A different set of data compiled by CEIC, a global data firm founded by economists and other experts, provided a different figure. The organisation said Nigeria imported medicinal and pharmaceutical products worth $417.523million in 2020, higher than most African countries except Egypt ($678.318million) and South Africa ($637.748million).

Apart from the import of full medicines into Nigeria, the country relies on India and China for the majority of its active pharmaceutical ingredients, also known as APIs, which are raw materials used in producing medicines.

Nigeria does not have a strong petrochemical industry that can manufacture APIs and excipients, also known as raw materials or inputs.

The outbreak of COVID-19 in 2020 exposed the risk of relying on imported drugs and APIs. During the early stage of COVID-19, several pharmaceutical companies and hospitals struggled to import drugs and APIs as major manufacturers of the items placed bans on export to ensure they had enough for their citizens.

In a previous interview, the Chairman of the Pharmaceutical Manufacturers Group of the Manufacturers Association of Nigeria, Fidelis Ayabae, told this reporter that the country must pay more attention to local drug production, rather than dwell so much on drug importers.

Ayabae said the attitude of nations during the early period of COVID-19 should be a lesson for Nigeria which was doing little to support its local manufacturing sector.

Before 2017, Evans Medicals had been once one of the largest pharmaceutical companies in Nigeria. It had acquired the World Health Organisation’s prequalification that would enable it to compete in international contract rounds.

But in 2017, a court-ordered that the drug maker’s assets be taken over by First Bank and the defunct Skye Bank due to bad debt.

Pharma Deko, a drug manufacturing company located at Agbara, Ogun State, has been struggling for some time. It incurred a loss after tax of N325.205million in its 2020 financial year and another loss of N69.757million in 2021.

Apart from Pharma Deko, The Financial Punch gathered that some unlisted companies are also struggling due to the harsh operating environment.

The total revenues of local drug manufacturing companies listed on the Nigerian Exchange Group in the 2021 financial year were N46.312billion, which is merely 42.3 per cent of the value of antimalarial drugs imported into the country in just six months.

“If we import that much, it raises so many issues about how seriously we take local manufacturing industry,” the Chief Executive Officer of SKG Pharma, one of the leading drug producers in the country, Dr Okey Akpa, told The Financial PUNCH.

He argued that the local manufacturing industry was producing antimalarial drugs and had the capacity to satisfy the local market, noting that “it is a source of worry for us in the industry.”

He explained that a lot of progress was being made in the Nigerian pharmaceutical industry as a number of companies were upgrading facilities and expanding capacities in various forms.

There are three possible sources of drug imports into Nigeria. The first source is the import from multinationals that have offices in Nigeria but without local manufacturing plants. Many of them are members of the Association of Nigerian Representatives of Overseas Pharmaceutical Manufacturers, a source said.

Another possible source is drugs from donor agencies. Many donor agencies export drugs into Nigeria to support their various causes. The third source is importers who are in the business to make profits.

In February 2018, Nigeria’s President, Major General Muhammadu Buhari (retd), signed the “Executive Order 5 for Planning and Execution of Projects, Promotion of Nigerian Content in Contracts and Science, Engineering and Technology”.

The Executive Order has 18 major segments, most prominently promoting the local content and preference for local materials, companies and employees.

But manufacturers complain that this order is not working as government agencies sometimes ignore local manufacturers during contract rounds, especially when there are also competent local talents.

The challenges are the same

Like other manufacturers, one of the biggest challenges of the local pharmaceutical industry is the foreign exchange crunch. Many of them source their FX needed to import APIs and excipients from the parallel market where a dollar is between N570 and N580.

In the Q4 CEO Confidence Index conducted by the Manufacturers Association of Nigeria, chief executive officers of companies, including pharmaceutical firms, ranked the high cost of raw materials as their biggest challenge.

One of the CEOs told the Financial PUNCH on condition of anonymity that he sought FX at his local bank recently but only got five per cent of his needs.

He criticised the neglect of the manufacturing and productive sectors in terms of FX allocation.

According to Ayabae, hospitals should use drugs produced by local manufacturers.

“There is a local capacity for hospital-based medicines, which are used for general ailments here,” he said.

According to MAN, the Federal Government must ensure effective allocation of available forex to productive sectors, particularly the manufacturing sector, for the importation of raw materials and vital machines and equipment that are not available locally.

“Government also needs to expressly direct the Central Bank of Nigeria to consult with the Ministry of Industry Trade and Investment and effectively engage MAN on measures for improving forex supply to manufacturing concerns,” MAN said in a statement.

“Unify academic curriculum with industrial skill needs and requirements to guarantee the sustainable development of skilled manpower for the industries,” MAN further said.

Akpa, on his part, called for local petrochemical plants to reduce the dependence of drug firms on imported APIs and excipients.

25% of 2022 capital expenditure may not be funded – Economists