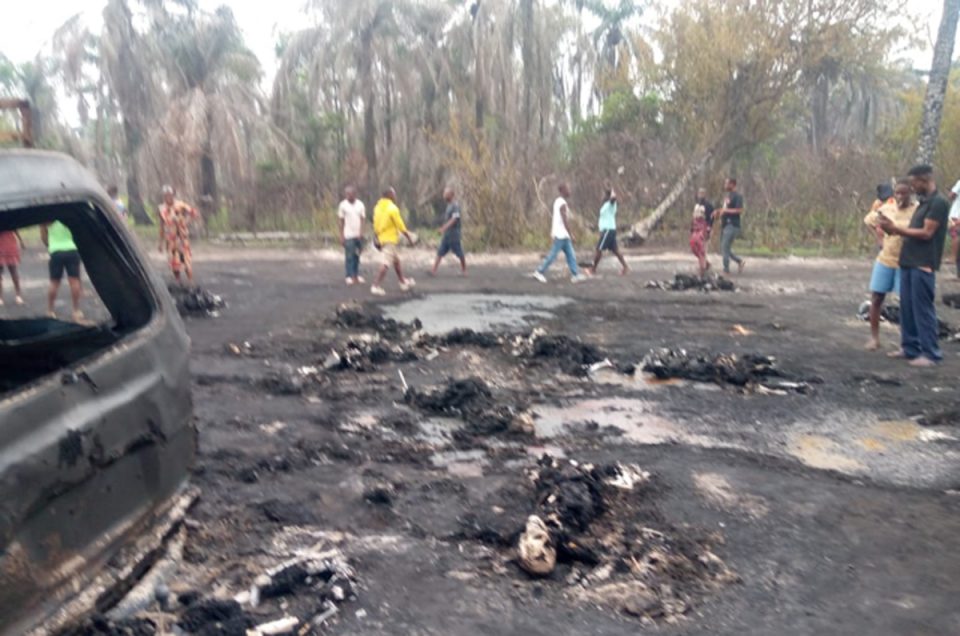 President Muhammadu Buhari has directed the nation’s security and intelligence agencies to intensify the clampdown on illegal refineries to safeguard lives of citizens.

The president’s directive is contained in a statement by his media aide, Malam Garba Shehu, on Sunday in Abuja.

The presidential aide said the directive followed the reported deaths of tens of people on Friday night, after an illegal refinery exploded at Abaezi forest in the Ohaji-Egbema Local Government Area of Imo.

Reacting to what he described as a “catastrophe and a national disaster,” the President said responsibility for the loss of lives and property must squarely lie with the sponsors of the illegal refinery, “who must all be caught and made to face justice.”

The President conveyed “the condolences and the full depth and range of the nation’s shock and trauma” to the families of the victims, the Ohaji Egbema community and the government and people of Imo,

He urged community leaders, police, and the secret service to never allow the occurrence of the heart-breaking incident in any part of the country again.

Minister applauds MDAs on ease of doing business in Nigeria

In London, Buhari Says Nigeria Will Increase Education Budget by 50% over the Next Two Years