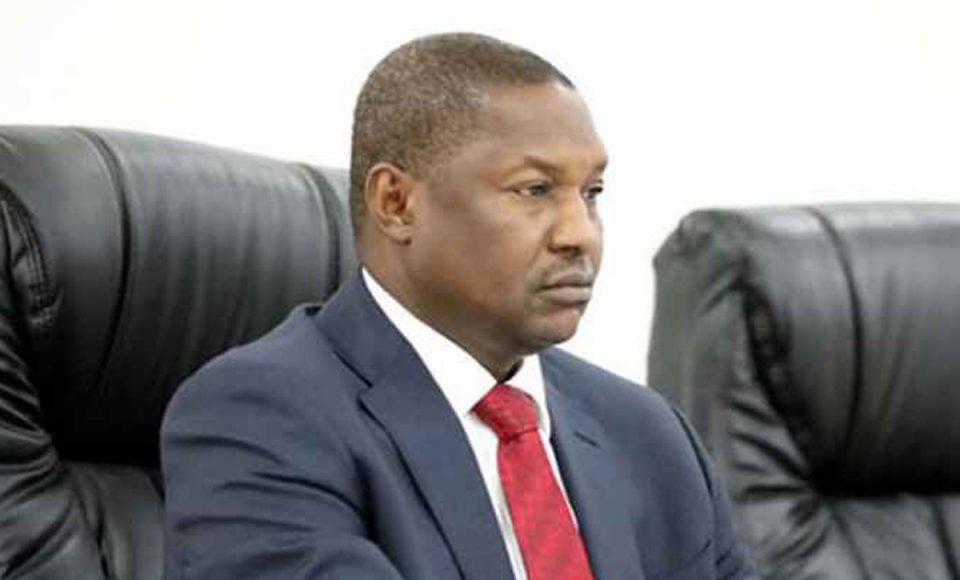 The Attorney General of the Federation (AGF) and Minister of Justice, Abubakar Malami, has hailed the judiciary for its contributions to the sustenance of democracy.

He said the interventions of the courts in the democratic process through plausible judgments had helped to stabilise the system.

“I will like to take this opportunity to praise the judiciary for the role they continue to play in enthroning a virile, dynamic and democratic culture in our country.

“I must express appreciation to the Supreme Court, in particular, for landmark judgments, which have contributed to strengthening and sustaining our democracy.

“There is no doubt that the judiciary is the last hope of the common man and a major pillar sustaining the nation’s democracy.

“I must state that the judiciary has lived up to expectations and the executive will continue to work with the judiciary to support critical reforms, necessary to facilitate speedy trials and enhance confidence in the justice sector.

“I urge the judiciary to adopt innovation in technology to ensure a more effective and efficient justice delivery system for the benefit of all.

“Let me also take this opportunity to reiterate the commitment of this administration to respecting the dignity and independence of the judiciary as well as promoting harmonious relationship between the executive and the judiciary,” he said.

Malami spoke in Abuja yesterday at a valedictory court session held in honour of Justice Mary Peter-Odili, who retired on May 12 on attaining the 70 years retirement age for Supreme Court justices.

With Odili’s retirement, the number of justices of the Supreme Court has reduced to 16, which will further reduce to 14 by June this year if no new appointments are made before then.

The Supreme Court, by the provision of the Constitution, is required to have a maximum of 21 justices.

Justice Ejembi Eko is billed to retire on May 23, while Justice Abdul Aboki will retire sometime in June.

“My humble view is that the issue (of restructuring) should be given an immediate attention,” she said.

Justice Odili blamed the spate of crimes on youth unemployment and warned that the “urgency of what we are all faced with right now calls for necessity in tackling them.

“The massive unemployment of graduates is a tip of the iceberg. Millions of idle youths are not unrelated to the insecurity on ground,” she said.

Justice Odili added that the current strike by public universities’ lecturers, which has lasted over three months, has compounded youths’ restiveness.

“The situation is not helped by the perennial strikes, which leave students idling away,” she said, and advised that the way out is for “the Head of State to take on the garb of Minister of Youth, Employment and Social Welfare.”

She added that with the president assuming the role of employment minister, he would direct the implementation of what was put in place without middlemen hijacking the process.

Odili urged governors to adopt the same strategies in dealing with youth unemployment.

Olanipekun noted that the “legal profession today faces a lot of problems,” adding: “Political cases are responsible for the tagging of judiciary as ‘supermarket’.”

He frowned at the practice of “forum-shopping” where lawyers shop for court to accord them favourable decision, saying such unprofessional practice “has to be addressed.”

Olanipekun hailed Odili for her contributions to the judicial system.

The Chief Justice of Nigeria (CJN), Justice Ibrahim Muhammad, showered encomium on Odili, describing her as  ”irrepressible voice in the temple of justice,” and an “epitome of jurisprudential finesse.”

He added: “She has been a formidable ally, an admirable pillar of support and, indeed, a jolly good fellow to all of us.

“If I say we are going to miss her dearly, I think I will only be presenting a shadow that is less in size and proportion to the real substance itself.

“My lord, frankly speaking, you are a blessing to the Nigerian Judiciary and Supreme Court in particular. Your imprint on our judicature will remain indelible.”

FG sues for peace ahead of clean-up in Ogoniland