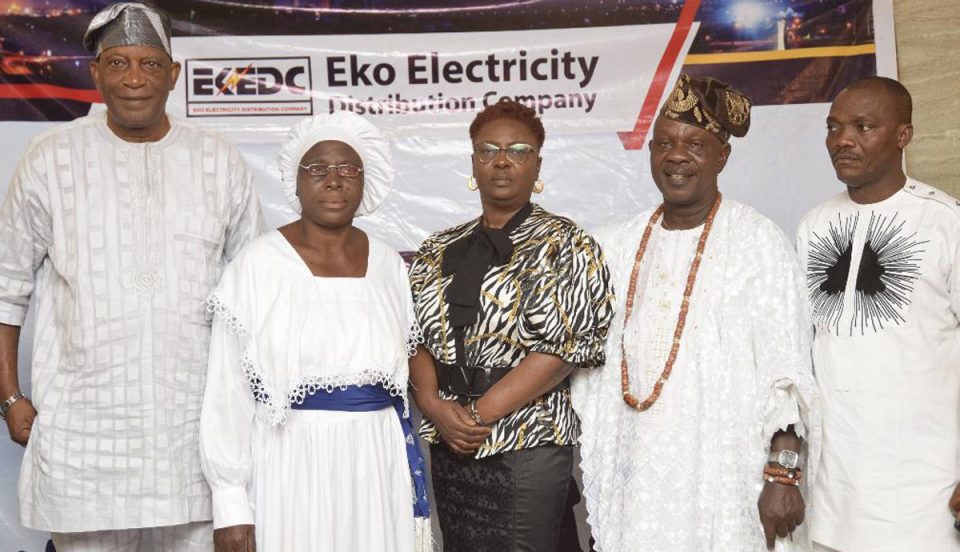 Eko Electricity Distribution Company (EKEDC) took its town hall meeting to the Agbara District, which covers areas of Ijanikin, Agabra Industrial Estate, and the Badagry environs. The meeting, which is part its sustained engagement with customers, took place on Thursday at the Sandton Gold Hotels in Agbara was attended by residents and representatives of communities under the district.

According to a statement by the EKEDC Corporate Communications General Manager, Godwin Idemudia, “Agbara District is a core focus of the Management due to the expanse landmass of the communities under the district, hence the need to engage our customers and address the challenges affecting electricity supply in those areas.”

The MD/CEO of Eko DisCo, Dr. Tinuade Sanda, represented at the forum by the Chief Commercial Officer, Mrs. Rekhiat Momoh, thanked the customers for their support and informed them of the rehabilitation projects by the company to improve power supply to the areas under the Agbara District.

She stated that EKEDC has signed a service level agreement with the Transmission Company of Nigeria (TCN) to upgrade the capacity of some electricity distribution infrastructures to provide quality and reliable power supply within the Disco’s network.

Dr. Sanda also informed the customers of the rehabilitation of Badagry Expressway and Badagry II 33KV feeders via the Capex projects funded by the Central Bank of Nigeria (CBN) to improve power supply in Badagry and its environs and the release of some distribution transformers to replace the faulty and relieve the overloaded ones.

The customers appreciated the DisCo for the platform of engagement and commended the prompt response to faults by the EKEDC Agbara team. They requested the Disco to provide more distribution transformers to their growing communities and replace the deteriorating electrical poles and wires affecting the power supply. Other complaints included high estimated billing and request for prepaid meters.

Dr. Sanda assured the customers of prompt resolutions to their complaints and stated that EKEDC is about to commence a 72-hour metering exercise (mobile MAP) in Agbara District in September to step up the metering of customers without prepaid meters and put the issue of estimated billing to an end.

She explained that the MAP scheme was reintroduced by the industry regulator, Nigerian Electricity Regulatory Commission (NERC), to close the metering gap before the commencement of Phase 1 of the National Mass Metering Programme (NMMP) by the Federal Government of Nigeria.

Why Nigeria must stop gas export’