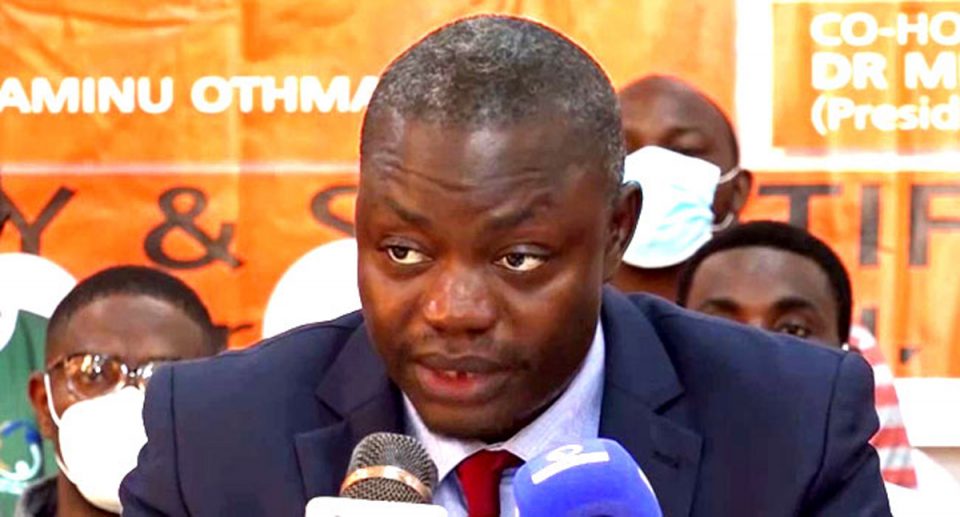 The Nigerian Association of Resident Doctors has blamed the Ministry of Finance for the non-payment of the increased hazard allowance as approved by the Federal Government.

The President of NARD, Dr Dare Ishaya, who spoke with our correspondent, said the money for the hazard allowance was budgeted, but the Federal Ministry of Finance had yet to release it.

Federal Government had in December 2021 increased the hazard allowances applicable to health workers in its healthcare facilities across the country.

The increment was contained in a circular with reference SWC/S/04/S.218/11/406 dated December 22, 2021 by the Chairman of the National Salaries, Income and Wages Commission.

It read in part, “Concerning the review of the hazard allowance applicable to health workers in the services of the federal hospitals, medical centres, and clinics in ministries, departments, and agencies.

However, Ishaya said the Ministry of Finance had yet to release the money for the reviewed hazard allowance.

He stated, “We’re thinking that we will make progress, but the things I’m seeing on the ground are not favourable. The problem is with the Ministry of Finance actually; the money has been budgeted but they have not released the money for us to benefit from it. We haven’t been able to find out what exactly the issues are because seven months down the line, there’s no plan. This month is already gone as well.

“We found out from the Accountant-General’s office that they are using the old payroll and using the old hazard rate, no directive whatsoever from the Ministry of Finance to effect the new hazard allowance.”

The NARD president said his efforts to see the Minister of Finance, Budget, and National Planning, Zainab Ahmed, over the matter had been abortive.

He added, “I’ve gone there (Ministry of Finance) several times, I’ve been blocked. I’ve not been able to see the Permanent Secretary, Special Duties, in the ministry; the only person I know I have been able to speak to is the director of cash management in that ministry. This is a low level of engagement and I wouldn’t say there is progress because they may come up tomorrow and deny that they are not aware of anything.

“The money is there; it’s been budgeted for, but it’s remaining for it to be released for payment. If it was not budgeted, we will blame the authorities responsible for the budgeting.

“We have given an ultimatum; we have followed up and it seems not to be working.

“We have written to the Ministry of Finance; it took them almost three weeks before the letter got to the table of the minister; we wrote them before the communiqué and ultimatum.”

The resident doctors had on July 30, 2022 issued a two-week ultimatum to the Federal Government to implement all the agreements it had with the association or they would embark on an indefinite strike.

When contacted on the telephone, the Director of Press/Information, Federal Ministry of Finance, Mrs Phil Abiamuwe-Mowete, requested that a text message be sent to her on the matter. She had yet to respond to the text message sent to her as of the time of filing this report.