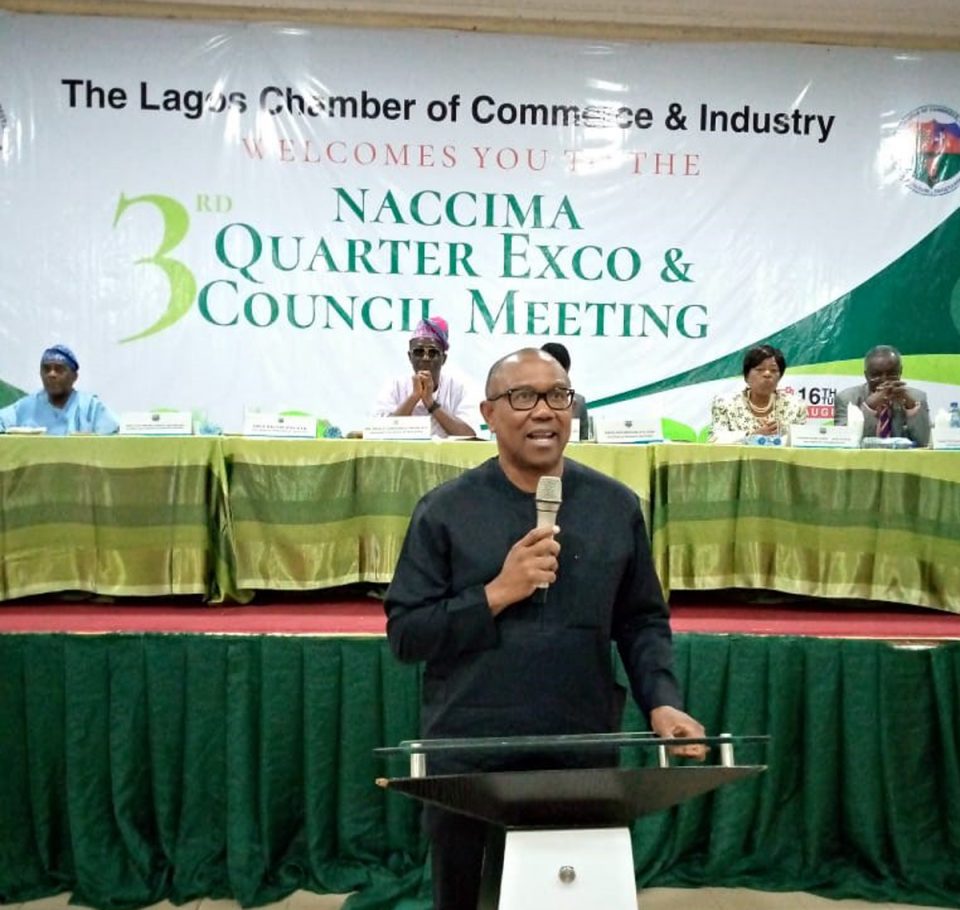 The Nigerian Association of Chambers of Commerce, Industry, Mines and Agriculture, (NACCIMA) played host to the Presidential candidate of Labour Party, His Excellency, Peter Obi, challenging him on his plans towards fixing the innumerable problem facing the country’s ailing economy.

This was done during the Association’s 3rd Quarter Council meeting on 17th August 2022 at the LCCI Conference and Exhibition Center, Lagos.

On the sidelines of the Council meeting, the Association held an interactive session  with the Presidential candidate of Labour Party, His Excellency, Peter Obi who stated his intention to use the opportunity to acquaint himself with the challenges that business operators are facing which militate against the growth of the Nigerian economy.

According to the press statement released by the Association, the National President of NACCIMA, Ide John Udeagbala, stated that NACCIMA is an Association of business people which focuses on advocacy, trade promotion and business development.

“The Association is also saddled with the responsibility to inform government on the effect of its policies on the private sector and to ensure that government continues to improve the business environment to ensure an ease of doing business,” Udeagbala stressed.

The NACCIMA National President pointed out that the objective of the interactive session was to ensure that the views and concerns of the Association finds its way into the political sphere, especially during this electioneering year.

He expressed NACCIMA is a non-political umbrella body of all the Chambers of Commerce across Nigeria, he stated that the Association is making efforts to ensure similar interactive sessions with the flagbearers of every  political party.

According to the statement, “A session of questions and answers was held after these initial remarks, where members posed different questions on economic issues as it affects businesses.

” Mr. Peter Obi while proffering potential solutions to the challenges to the economy raised by the questions asked, concluded that most of these challenges are due to the human factor, which can be solved with the right leadership.”

MPR increase: A journey away from single-digit interest rate – MAN