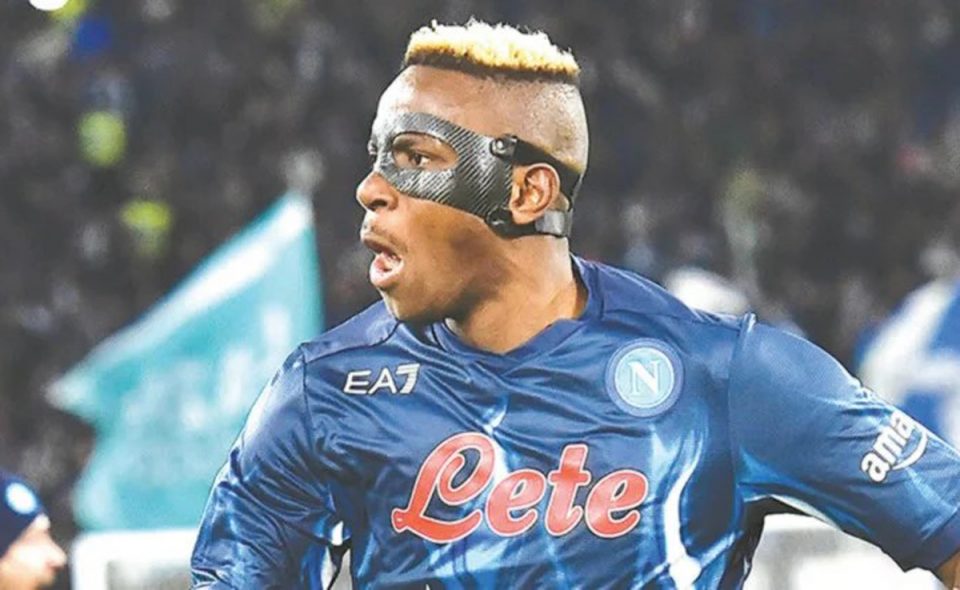 Manchester United are preparing a whooping €140m bid for Napoli striker Victor Osimhen before the end of the summer transfer window.

According to Il Mattino, a reputable Naples-based outlet, Cristiano Ronaldo’s agent, Jorge Mendes, has told the Serie A giants to expect a massive offer for the Nigeria international.

Mendes has been working to secure a move for Ronaldo, who wants to play in the Champions League this season.

Il Mattino claims that Manchester United are even willing to fund a large part of Ronaldo’s wages as part of a deal which would allow them to replace the Portuguese star with Osimhen.

The Serie A side are looking to sell the Nigerian to facilitate Ronaldo’s arrival from Old Trafford, with a deal that could be worth up to €140m expected to be discussed between the two clubs in the coming days.

Having narrowly won against Southampton on Saturday, many fans believe United lack a prolific goal-hungry striker and Osimhen could be the perfect fit to end United’s goals-scoring woes.

Napoli are reportedly keen to bring Ronaldo back to Serie A, as the veteran forward looks to leave Old Trafford to secure Champions League football. He has already offered himself to several sides in Europe, including Milan and Inter.

Napoli president Aurelio De Laurentiis is an admirer of Ronaldo and is willing to cash €140m for Osimhen.

Osimhen was once a target of Arsenal and Tottenham, but only fellow interested party Newcastle may be willing to splash over £100m on the star.

If Osimhen’s deal goes through, Ronaldo’s bogus £360,000-a-week wages will not be a problem for Napoli as Laurentiis plans to use Italy’s tax laws to aid his pursuit.

Meanwhile, Napoli boss Luciano Spalletti disclosed there is “nothing concrete” at the moment between Napoli, Manchester United and Cristiano Ronaldo, but explained it “wouldn’t be a swap with Victor Osimhen” if it did happen.

Speaking at a press conference, Spalletti said, “If you’re asking me if I’d like to work with Ronaldo, I tell you no coach would say no to that. However, if we go into those areas, the journalists like to fill in for themselves, then as Osimhen’s agent said, there are no negotiations.

“De Laurentiis, he told me that he received no offer, so let’s remain as realistic as possible here and take into consideration only things that could happen.

“There are only a few days left in the transfer window, it seems unlikely that could go through. There is nothing concrete at the moment.

“It wouldn’t be a swap, it would be two different signings, in that case. One of the two can turn a game by himself. But in any case, at the moment we should not consider things that won’t help us pick up three points in Florence.”

Osimhen has enjoyed a stellar start to the 2022/23 season, scoring in both opening Serie A matches as Napoli wallopped Hellas Verona and Monza via an aggregate score of 9-2.

Brought in from Lille in a club record deal worth €70m in 2020, the 23-year-old forward has experienced good fortunes in southern Italy.

A move to Napoli could be the answer to Ronaldo’s dream of playing in the Champions League this season.