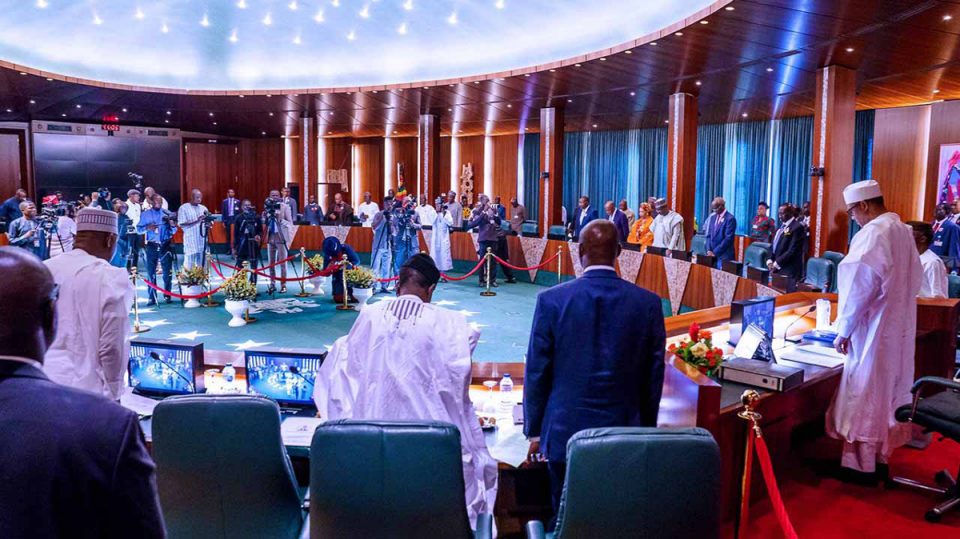 The Federal Executive Council (FEC) has approved the commencement of a process that will enhance the indigenisation of vaccine production in Nigeria.

Minister of Health, Dr Osagie Ehanire, made this known when he briefed State House correspondents at the end of the Council’s meeting presided over by President Muhammadu Buhari, on Wednesday in Abuja.

He said: “The council considered a memorandum from the Ministry of Health today, which has to do with the first stage in indigenising vaccine production in Nigeria, the standard programme on immunization, not COVID-19 vaccine.

“As you know, the government has a joint venture agreement and formed the company called Bio Vaccine Nigeria Limited, which is to start producing vaccines domestically.

“Now, they are sourcing for international partners, who will join them and give them the technology transfer that they require.

“And after going to various countries, South Africa, Indonesia, they settled with a Serum Institute of India, which will now be the technical partner to support them in setting up the vaccine production plant in Nigeria.

“But of course, the Serium Institute of India is you have engaged the largest vaccine producer in the world, and also has vaccines that are approved by World Health Organization.”

Ehanire further disclosed that with this development, Serium Institute of India will join hands with Bio Vaccine Nigeria, to build their manufacturing plant in Nigeria.

The plant is to be located in Ogun State, with the Nigerian company having 15 per cent of the market share.

“So, who will buy it? So, government now has approved 15% of the vaccines that UNICEF normally supplies us for bio vaccine to supply to through contract manufacturing, Serium Institute of India.

”And with this,  Serium Institute of India will now be comfortable enough to come and join Bio Vaccine of Nigeria, in building their manufacturing plant here in Ota, Nigeria.

“So, that arrangement has now been approved by the Federal Executive Council for Bio Vaccine Nigeria to have 15 per cent of the market share.

”It will be used for contract manufacturing of those vaccines as an initial step over the next few years when the plant in Nigeria starts to work.

“So, that was the approval that the council gave today,” he said.

The Minister of the Federal Capital Territory (FCT), Malam Muhammed Bello, who also spoke on the outcome of the meeting, said the Council approved N28 billion for the provision of roads and other infrastructure in Wasa District in the fringes of the FCT

He said: “I presented a memo for the augmentation of the contract sum for the development of the Wasa affordable district in the Southern borders of the Federal capital city Abuja and the augmentation was in the sum of N28, 117, 904, 027.

“The initial contract for that project was awarded in 2014 at the sum of N56 billion.

“But as time went by and due to inflation and some other factors, we had to vary the contract and the price in order to reflect current realities.

”That is the reason why the augmentation request was presented to council and council approved that.”

The minister added that the completion period for the contract has also been extended to 42 months.

The Minister of State for Petroleum Resources, Timipre Sylva, also told the correspondents that the council approved N2.044 billion for the provision of internal roads and drainages at the Nigerian Content Development and Monitoring Board’s Gas hub in Bayelsa.

According to Sylva, the gas hub was meant to encourage the development of countries that will process the Nigerian gas for export as well as promote the use of gas internally.

“Council today approved the contract to consstruct internal roads and bridges in the Nigerian Content Development and Monitoring Board’s Gas hub located at Polaku in Bayelsa.

”The contract sum is N2.044 billion.“The gas hub is to encourage the development of companies that will process and develop our gas for export and to try to deepen the use of gas internally as well as construct gas cylinders.

“Already there are companies that are in the gas hub. So, these drainages and roads.

”The entire development of that area is to encourage more companies to come into the area in furtherance of our commitment to the decade of gas from 2021 to 2030 as declared by the president,” he said.

EU Commission says will not bow to Italian threat on migration

NASS, NERC to partner on legal framework to protect investment in power sector