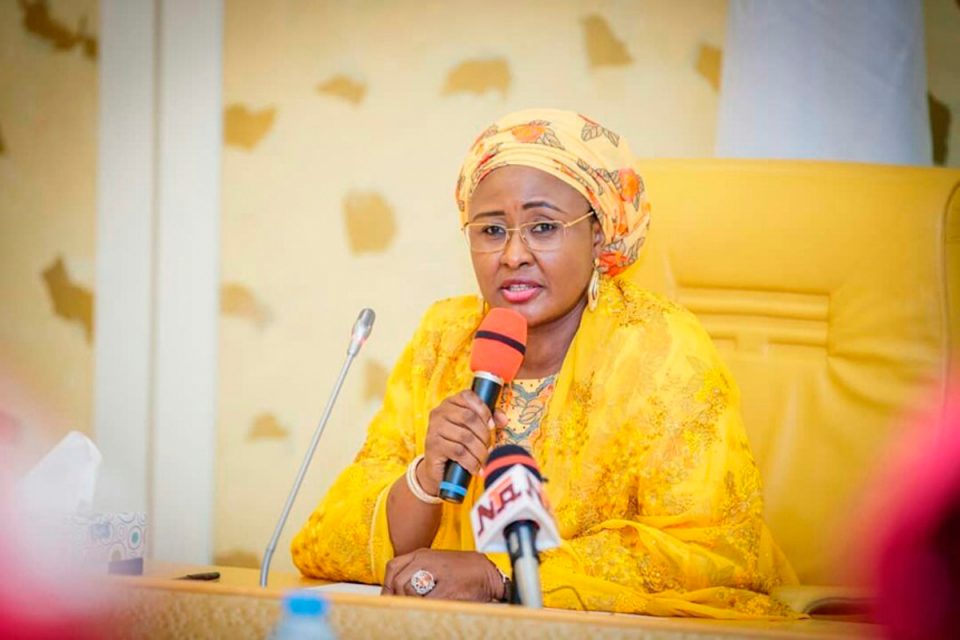 First Lady of Nigeria, Aisha Muhammadu Buhari has advocated mandatory inclusion of peace education in curriculum of basic education of schools in Africa to promote the culture of peace in the continent.

Buhari made the call at an event in New York on “The Role of Young Women and Girls in Advancing Peace and Security: Promoting a Culture of Peace in Fragile Settings’’.

The correspondent of the News Agency of Nigeria (NAN) reports that the high level event was organised by the African First Ladies Peace Mission (AFLPM) on the margins of the ongoing 77th Session of the UN General Assembly.

The first lady, the President of AFLPM, who spoke virtually, said she it was necessary to include peace education in curriculum because of the peculiarity of conflicts in Africa.

“I made a case for the mandatory inclusion of “peace education” as an essential subject in the curriculum of Basic Education of schools in Africa during the Extra-Ordinary Summit of Heads of State and Government of the African Union in Malabo, Equatorial Guinea, in May, 2022.

“I am happy to report that the initiative was well received,’’ she said.

The first lady said as core partners and implementers of the Women, Peace and Security (WPS) agenda, she extended a similar call on the United Nations Educational Scientific and Cultural Organisation (UNESCO)

She said the call to UNESCO in consultation with other entities and partners was to consider the development of a universal curriculum on gender, peace and security education for all schools, as a way of giving concrete expression to Resolution 1325.

She said the event coincided with the 22 years anniversary since the adoption of the United Nations Security Council Resolution 1325 on WPS, and subsequently, nine other resolutions to advance the WPS framework.

She said it was also important to note that these landmark resolutions about the pre-eminent position of women and girls in peace-building, peace-making and peace-keeping processes were adopted in this great city of New York.

“We are meeting at a time of heightened tension and conflict in all regions of the world.

“Therefore, it is time for women and their organisations to step up their contributions to the cause of peace and justice, and for the international community to attach greater value to the special voices of women in the peace process.’’

According to her, as a guardian and partner in the struggle for African Peace, the challenge is even greater for our 12 year-old institution to rise and insist that women’s priorities are central to peace and security policy at all levels.

“It is evident that violent conflicits are greatest toll on women and girls, although we form more than half of the world’s population.

“In conflict situations, we are pre-disposed to the double jeopardy of horror and gender injustice in various forms.

“Already, there is a wide deficit in the realisation of the UN Sustainable Development Goals (SDGs), due to limited access to healthcare, welfare services, economic opportunities and political participation by women and girls in Africa,.

“In a continent plagued by widespread disorder and state fragility, our individual countries are more than ever before faced with alarming ratios of maternal and child mortality.

“Besides death, injury and displacement, conflict destroys infrastructure, undermines  social ties, and reduces the capacity of states to deliver on the development agenda promised the African electorate.

“Our vital resources are increasingly being diverted to put out the fire at various battle across Africa – from the Sahel, to the Oceans,’’ the first lady said.

Buhari said it was in the face of these difficulties that women had proved their peculiar skills-set as peace agents in conflict situations although this role has largely been ignored.

She said accepting and integrating the unique experience, capability and particularity of women into all aspects of the peace and security sector was therefore essential for the success of each of the component of the peace efforts.

“To achieve this and other goals, the social, cultural and political barriers that limit women’s full participation in achieving sustainable peace should therefore be addressed with renewed tempo.

“Happily, follow-up UN Security Council Resolutions 2242 have provided for “measures and standards” with which to monitor the implementation of the Women, Peace and Security mandates”, among others,’’ the First Lady said.

The Minister of Women Affairs Mrs Pauline Tallen; the Senior Special Assistant to the President on SDGs, Adejoke Orelope-Adefulire; Nigeria’s Permanent Representative to the United Nations, Amb. Tijjani Muhammad-Bande and his wife.

The wife of the Consul-General of Nigeria in New York, Mrs Florence Egopija, wife of Edo  governor, Mrs Betsy Obaseki, wife of Plateau governor, Mrs Regina Lalong, among others, attended the event.

Osinbajo, Adamu, others, pay condolences to Aliyu over mother’s death