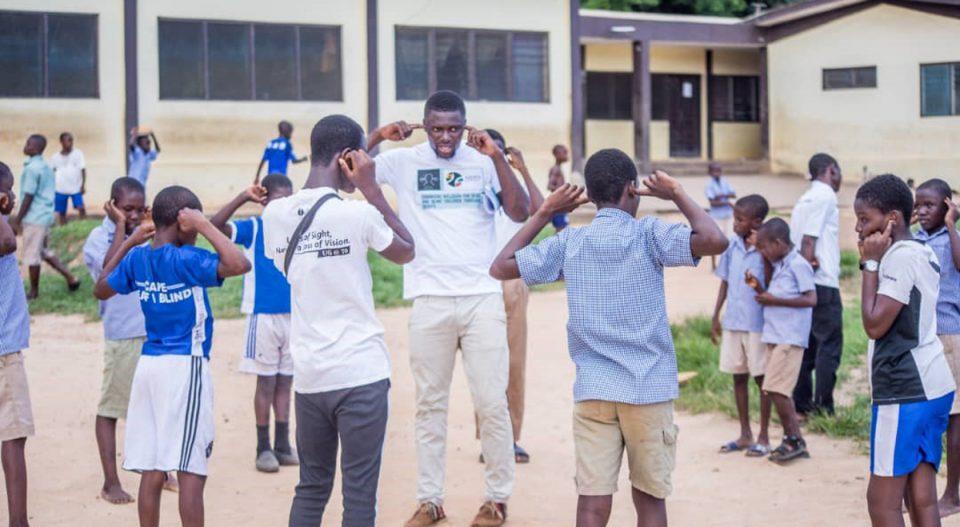 QNET, A Global e-commerce Based Direct Selling Company has equiped People Living With Disabilities with essential learning skills through Sports education in the country.

Mr Biram Fall, QNET’s Regional General Manager for Sub-Saharan Africa said this in a statement on Saturday in Lagos.

Fall said the PLWD had also been provided with school materials such as uniforms, educational materials, and learning accessories to ease their financial burden.

HE said that the advocacy was as part of QNET’s commitment in empowering people with disabilities to live their best lives.

The regional manager noted that this initiative empowered hearing and visually impaired children by equipping them with valuable life skills through inclusive, accessible, and quality sports-based programmes.

He recalled that the African Cooperation of Business Honours recently honoured the tremendous efforts of one such organization –  The ANOPA Project, with its prestigious Charity Organisation of the 2022 award.

The Business Intelligence (TBI Africa) ANOPA  is a  not-for-profit sports-based intervention that seeks to improve the inclusion and integration of vulnerable groups across Sub-Saharan Africa.

Fall said ANOPA worked to increase school retention rates for these children and teach them social and soft skills through sports activities such as swimming and basketball.

He added that the organisation frequently implement awareness workshops to change social perceptions of people with disabilities.

Fall said: “QNET and our social impact arm, RYTHM Foundation, have the vision to create a better future for the disabilities through the empowerment.

“Building an inclusive society is the first step: the future must include people from all backgrounds and abilities.

“Accessing high-quality, disability-inclusive education for African youth and children can be difficult due to cultural, economic, and social barriers.

“That’s why the work that the ANOPA Project is doing is very important in empowering these kids with the skills they need to harness their potential.

“Congratulations to the team at ANOPA for taking on this noble cause. We are thrilled to be a part of your journey, ” he added.

He said for the past three years this organisation, through RYTHM Foundation, had been involved in supporting one of ANOPA’s flagship projects dubbed: Education Through Sports for Deaf and Blind Children”.

According to him, to date, ANOPA has helped over 500 children across Africa with visual and hearing disabilities to realise their full potential.

“This is by providing support and assistance to schools, creating a conducive learning environment, and removing financial barriers to education.

“For people with disabilities, especially young people and children, having good social support systems and inclusive government policies are critical to ensuring they can live independent and fulfilling lives.

“Unfortunately, that is not the reality for many disabled communities around the world,” he said

TBI Africa reports that the World Health Organization (WHO) reports that over 80 per cent of those living with disabilities are from developing countries – Sub-Saharan Africa included.

He said these factors were further exacerbated in lower-income countries as disability and poverty reinforce and perpetuate one another, he said

MTN shares up 2% on possibility of reduced repatriation demand