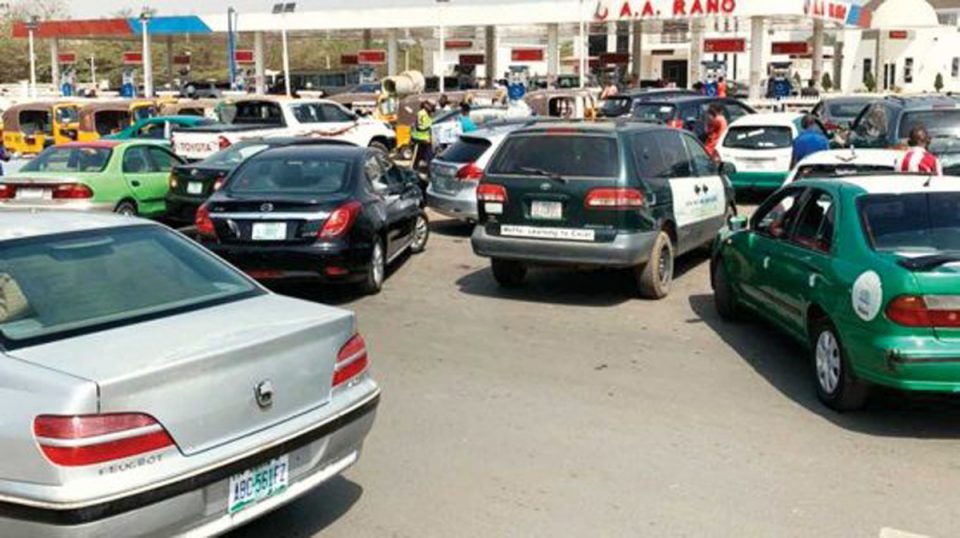 The situation was worse on Ikorodu road, Maryland, Ikeja, Anthony, Bariga, Ilupeju and Gbagada areas as motorists were agitated for spending hours on queues.

The Business Intelligence (TBI Africa ) reports that the development left commuters stranded with gridlocks in major areas of Lagos as motorists queued to buy the product.

TBI Africa reports that only filling stations owned by Major Oil Marketers Association of Nigeria (MOMAN) had petrol and sell at the regulated price of N170 per litre.

A motorist, who identified himself as Mr Foluso Saliu, said that he had been on the queue since 6.30 a.m. hoping to get fuel and return to work.

He said government should find a lasting solution to petrol supply in Lagos to avoid panic-buying.

“Scarcity has been frequent during the ember months and l hope it will be addressed,” he said.

Albert appealed to the government to fully deregulate the downstream sector of the petroleum industry if that was the solution to availability of petrol without stress.

According to him, the product seems to be available in some filling stations but they choose to hoard it and sell at higher prices.

Also, queues were cited at TotalEnergies, TMAAC on Bank Anthony road and Conoil, opposite LASUTH.

Reacting to the situation, the National Operations Controller, IPMAN, Mr Mike Osatuyi, blamed the scarcity on private depots and the increasing difficulty in accessing petroleum products.

Osatuyi said those that had to sell had to go the extra mile to get the product to their filling stations.

He explained that at the moment, most lPMAN members could not source the commodity due to supply shortage that had lingered.

Besides, he said getting petrol to members’ filling stations from the depots now cost as much as N200 per litre in some instances.

“It is a sad development. Some of my members now pay as much as N200 per litre to buy petrol from the depot, including cost of transportation and other charges incurred.

“So, in this situation, how much do you think we will sell petrol at the pump?” he asked.

He maintained that the fuel situation was not likely to ease up except government found a lasting solution to the supply issue and cost.

According to him, one way to address this is through total deregulation of the downstream sector of the oil industry.

“The deregulation of the downstream sector remains the only potent and lasting solution to this scarcity.

“But the cost implication of the policy will make the price of petrol too expensive for Nigerians, as deregulation will shift the burden from the government to users of the product,” Osatuyi said.

He said payment of subsidy was no longer sustainable, and urged Nigerians to face reality now to avoid the unpalatable experiences that usually associated with scarcity.

The petroleum products are no longer pumped through system 2B pipeline to all the 21-NNPC’s depots.

However, allocations are given to private depots who add their own charges as NNPC Ltd. remains the sole importer of PMS.

Why I approved redesign of Naira notes locally – Buhari

TotalEnergies to set up autogas stations in Abuja, Lagos

OPEC+ can be trusted to balance markets, UAE minister says