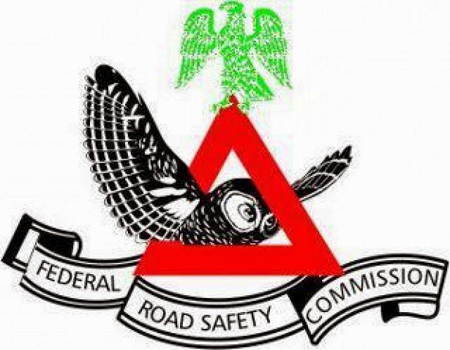 The Federal Road Safety Corps (FRSC) has expressed concern over incessant havoc caused by heavy duty and haulage vehicles on highways in the the South East Zone.

The Enugu Sector Commander of the FRSC, Mr O. K. Ogbonnaya said this on Saturday in Enugu during a one day training organised for members of Heavy Duty and Haulage Transport Association of Nigeria in the state.

Ogbonnaya, represented by the Sector Head of Operations, Mr Jude Eke, said it had become imperative to curtail the excesses of the drivers of such vehicles.

He said that the training was aimed at nipping in the bud the nuisance of such truck drivers and the terror they posed to road users.

The commander said that going forward, the FRSC would no longer tolerate the usage of hazard lights which heavy duty trucks use to terrorise other motorists.

He also said that henceforth incidences of over speeding by the drivers would attract serious penalties which include impounding of such vehicles.

Ogbonnaya said that though there were heavy sanctions attached to such offenses, the corps was particular about instilling on members of the association excellent traffic ethic.

“There are heavy penalties attached to such infractions but going forward we will insist that offenders pass through our public education before payment of the fines.

“The whole essence of this is to make our roads safer because the heavy duty vehicles now constitute nuisance for road users,” he said.

Ogbonnaya commended the association for organising the training.

In a welcome address, the State Coordinator of the association, Mr Chinedu Eche, said that the rate of fatalities involving heavy duty trucks had become worrisome.

Eche said that most drivers by their actions on the highways seemed not to care about human lives anymore.

“Accidents involving heavy duty trucks are on the increase as most drivers no longer care how they use the highways,” he said.

Eche said that the association would do everything within its powers to curtail the spate of accidents involving their men.

In a good will message, the Director of Operations of the association, Mr Victor Uchedienyi, said that the training was the second of such aimed at inculcating discipline in their members.

Uchedienyi said that they had created an intelligence unit to monitor compliance.

“We have designated five points where members of our intelligence unit will be stationed. Each of these units will have a leader and a supervisor who will in turn report back to the operations unit.

“We have created a database of heavy duty and haulage vehicles for easy monitoring,” he said.

Uchedienyi called on truck drivers to ensure that they complied with the lessons learnt at the training.

TBI Africa.com said the News Agency of Nigeria (NAN) reports that the training also featured presentations by representatives of other security agencies.