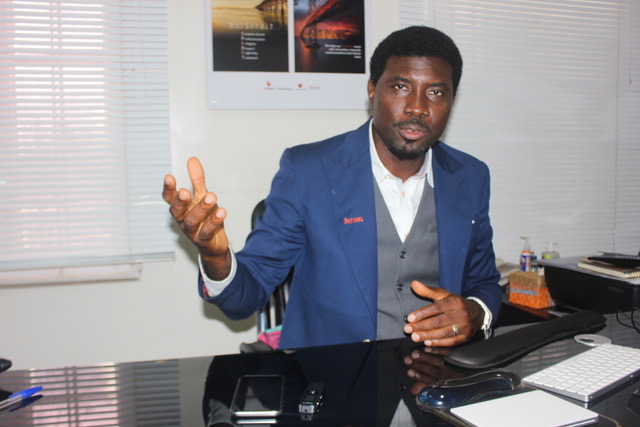 Crude Oil Theft: Declare State of Emergency – Meka Olowola
Oil and Gas expert, Meka Olowola, has charged the Federal Government to declare a state of emergency in the oil and gas sector owing to alarming rates of corruption.
Speaking recently on a sensitisation programme designed by the New Nigeria Foundation on the topic “Crude Oil Theft in Nigeria”, the Oil and Gas commentator said the sector has become a breeding ground for economic gormandizers who prey on the nations limited resources.
Olowola, who serves as the Managing Partner of Zenera Consulting, argued that the problem is symptomatic of a larger malaise, ”Pipeline vandalization, oil theft, dishonesty, operation of illegal refineries, frustration of due process, and other vices that characterize the sector are not just Niger Delta problems but national issues that  demand a holistic approach rather than the knee-jerk, quick fix approach the Federal Government has been exploring,” he said.
According to him, the government has set up several committees in the past to check the menace but all efforts have proved abortive, or at best yielded insignificant results, explaining that the solution to the challenges of the sector, demands a collective effort from the leaders as well as the citizens, as we must all ensure that there is transparency across board.
Furthermore, he harped on the various levels of oil theft from small scale pilfering and illegal local refining, to large-scale illegal bunkering evident in the operation of full scale illegal refineries where refineries for oil products are established deep in the sea.  ”Theft and the general notoriety in the sector signify a high level of conspiracy among power players and opinion leaders that must be tackled double-quick,” he added.
Olowola cited vice president Yemi Osinbajo who put Nigeria’s loss at an estimated 250,000 barrels of crude oil daily, accruing to $ 9 billion annually, adding that the said amount would have funded Nigeria’s entire capital expenditure for 2018 which was put at $7.7 billion. He explained that ten percent of this amount, which is N300 billion, could have constructed the twenty roads proposed in the 2018 budget.
“ If there was an investment in the natural reserve, $9billion lost to oil theft would have accumulated to a whopping $45billion in 5 years, and considering the rate of unemployment at 33.10%, $ 9 billion could have reduced unemployment by over 80% using both direct and indirect strategies, or better still, go into other profitable utilization for the good of all, but it is hijacked by economic to fuel their insatiable greed and avarice, ” he said.
Speaking on the challenges that constantly bedevil the oil sector, Meka noted that persistent conflicts arising from the communities that play host to Oil and Gas activities, coupled with the alarming rate of oil theft has further aggravated the challenges of the sector leading to a high rate of insecurity, proliferation of arms, dwindling oil revenues loss of plant and animal life, unemployment, amongst others.
Lamenting over such level of catastrophe in the sector, he maintained that it has a far reaching effect on the nation’s revenue, the citizens and the ecology, and went ahead to admonish  the government to shelve its lackluster attitude to such serious issues of national significance since oil is the main stay of the Nigerian economy and must be rid of all forms of subversions.
The oil and gas commentator praised the ingenuity of the Department of Petroleum Resources on the development of the National Production Monitoring System (NPMS) and the Crude Oil and Liquefied Natural Gas Tracking System (COLTS) to enhance accountability in the sector and further advised the Federal Government to implement stricter guidelines and measures to operators, and ensure the compliance of upstream sectors to global best practices. He also advocated the involvement of the communities in the activities of National Oil Companies (NOCs) and the International Oil Companies (IOCs).
While urging the government to come up with greater measures of transparency, accountability and serious disciplinary measures for defaulters, he charged the media with the role of launching strategic campaigns and creating awareness among the entire populace on the dangers of crude oil theft, pipeline vandalization and conflicts on the nation and the environment as well as advocating honesty and best practices across the value chain.
previous post