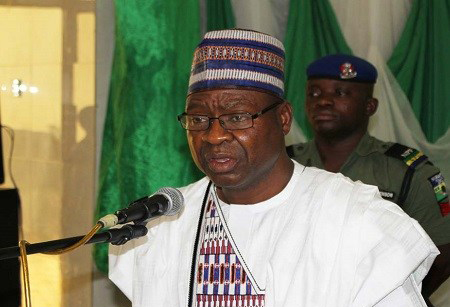 Mr Joseph Ari, the Director-General/Chief Executive of the Industrial Training Fund (ITF), says the organisation has set a target this year to train and equip Nigerians with skills in agriculture, construction and service sector essential for job creation.

Ari said this on Wednesday in Umuahia during the formal closing ceremony of the three-month training of 300 Abia youths in three different vocational skills organised by the fund.

He said that a survey conducted by the fund, in collaboration with the United Nations Industrial Development Organisation, showed that agriculture, construction and service sectors had great potential to creat jobs and reduce poverty in Nigeria.

The director-general, who was represented by Mrs Adaeze Okonkwo, Director, Corporate Planning Department, said the fund had the desire to fill the skills gap identified by the survey.

He appealed to parents and guardians “to see hands-on skills as vocations and real alternatives that could lead to a more meaningful life for their children and wards.

“The era of white-collar jobs for all by government is well and truly over.

“The perception that hands-on skills are dirty and a preserve of the illiterate and ne’er do well in society must change,” Ari said.

He said that the success of the organisation’s efforts in equipping Nigerian youths with the relevant skills to create jobs depended on the collaboration and synergy of all the key stakeholders, especially the beneficiaries, parents and guardians.

According to him, “The beneficiaries must resolve to make the most of the opportunity provided by ITF skills acquisition programmes.

“You must also ensure that you use the start-up kits presented to you to not only put food on your table but also make meaningful contributions to the nation’s economy.”

He said that a survey by the fund showed that 90 per cent of trained youths, who were provided with start-up kits, were earning their livelihood as entrepreneurs.

“It is our conviction that training the youths without equipping them defeats the core objective of the programme and the policy of the present administration to create wealth and grow the economy,” he said.

Ari described skill acquisition as the most sustainable solution to unemployment, poverty and youth restiveness in the country.

He said, “It is incontrovertible that any society that neglects the development of its human capital is bound to retrogress in terms of growth and development.”

Ari said that the fund had trained and equipped 450,000 Nigerian youths, with at least 4,100 from Abia, since the inception of the National Industrial Skills Development Programme.

News Agency of Nigeria (NAN) reports that the 300 Abia youths were trained in Aluminium works (100), POP and tiling (100), and Catering and Events Management (100).

In a remark, Mrs Ifeyinwa Uwasomba, the Permanent Secretary, Ministry of Youth Development  in Abia, thanked ITF for organising the training for youths of the state.

Uwasomba, who was represented by a Director in the ministry, Mr Darlington Ahuronye, expressed joy that the training would help to reduce the rate of youth unemployment in the state.

She advised the beneficiaries to ensure that they put the skills they acquired to work in order to become self-reliant and employers of labour in future.

They commended ITF for the programme which, according to them, will help to reduce the unemployment rate and channel the energies of the youths to productive ventures away from crime and social vices.

Some of the beneficiaries, including Mrs Fidelia Ugwu and Mr Ifeanyi Chukwujike (Catering/Events Management) and Sam Chidi, Ikechukwu Madu and Nnamdi Nwigwe (Aluminium works), expressed profound gratitude to ITF for giving them the opportunity to benefit from the training. A major highlight of the ceremony was the inspection of some the products by the trainess on exhibition, including local dishes, wedding cakes of different designs and aluminium window pales.=== NAN

NCC calls for proper management of e-waste in Nigeria