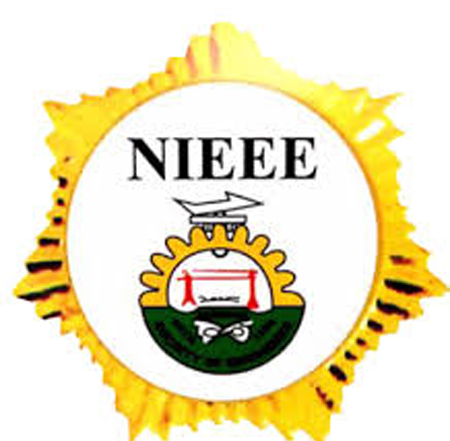 Mr Emmanuel Akinwole, Former National Chairman, Institute of Electrical and Electronic Engineers (NIEEE),  has appealed to President Muhammadu Buhari, to review the power sector privatisation agreement to resolve the problems in the sector.

The immediate past chairman said on Sunday in Lagos that the previous privatisation contract was a bad business proposal that could not work.

He said the slow success in the sector was due to the faulty privatisation procedure and had nothing to do with the appointment of MrBabatunde Fashola as the previous minister.

Akinwole, who is also a procurement expert, said that the best solution to bad contract agreements were usually a review, adding that, managing the bad agreement would only compound problems.

He said the Buhari government had utilised the first term to understand the problems in the sector and this time, the government should interact with all power sector stakeholders to evolve a solution strategy.

“I am a procurement expert to World Bank standard, the regulation says if you realise there is a bad contract, what you need to do is renegotiation.

“If after you entered the contract, you now see the facts you did not see before, you have to rearrange it, so that there is a win, win situation.

“That is why we are challenging government that it has identified the problems in the last four years, the reasonable option now is to call the other parties and review the solution options,’’ he said.

He stressed the need to urgently renegotiate the contract to steadily improve power in the country.

“All you have to do in a bad contract is renegotiate with all the other parties. I am sure that today if power distribution or generation operators are invited and told for example, we owe you a debt of N20 billion but we cannot pay but this competent company is ready to partner with you and will give you N10 billion upfront, do you think they will refuse the offer,’’ he queried.

Akinwole explained that government could bring in competent operators to gradually buy back the contracts till they fully take control of the sector for optimal performance.

“Not every contract is perfect, sometimes you can run into bad ones,” he added.

The power expert said that the contributions of power investors, suppliers, distributors and all other stakeholders was important for success and not imposition of tough stance by government policies.

He said that power was the most important resource and booster for economic development and appealed to government to boost renewable energy investments too.

He explained that solar was viable since it helped to solve the problem of pollution from generators and appealed to government to enforce standards and regulations for its success in Nigeria.

Akinwole called on the Federal Government to collaborate with NIEEE, by implementing decisions from its annual general meetings and energy forum, to resolve all the problems in the power sector.

“The Federal Government should collaborate with us because we believe that the problem is not above us to solve in Nigeria but the NIEEE is not getting the desired support to get the programme off the ground.

“We realise the importance of clean power alternative, so about four years ago we started a Nigerian Energy Forum, where the only issues we discuss are challenges and solutions to make power available.

“We gather investors, engineers, banks, regulators and other stakeholders together to brainstorm, to understand themselves better, explore investment opportunities and how to take advantage of technology.

“With government support the forum can be expanded,’’ he said.

He also called for collaboration with the government to expand the Nigerian Energy Forum to a global energy fair, adding that international donors were already empowering Nigerian businesses because of previous impacts of NIEEE programmes.

He said that the impact of its last forum in April led to the European Union making a commitment of 30 million dollars to support energy businesses in Nigeria.

“The EU in April during our forum promised that any organisation that has renewable energy project that needs support will be supported to the tune of 30 million U.S dollars.

“Supposing the Federal Government backs it up with another 70 million dollars, we will not be on this level,’’ he said.

According to him, one of the objectives of the forum is training and the NIEEE has been training its members as well as grooming young engineers in secondary schools and tertiary institutions.

France to invest in French language promotion in Nigeria