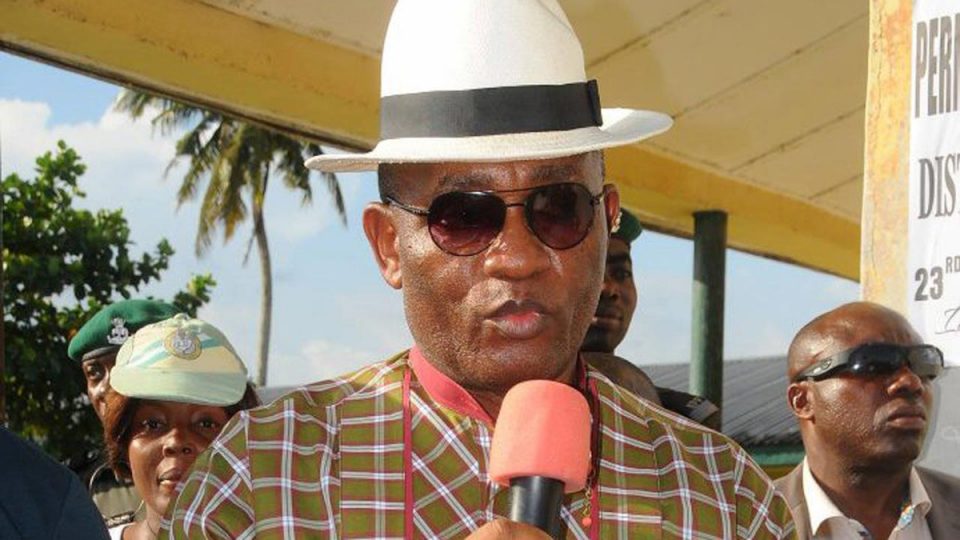 This was contained in a statement issued to newsmen on Saturday in Yenagoa, through his Senior Special Assistant on Media, Mr Ebi Evinson.

The deputy governor picked the ticket at the National Secretariat of the PDP in Abuja to enable him contest the forthcoming governorship primaries of the party in Bayelsa.

John-Jonah said shortly after collecting the forms, that the driving force behind his ambition was the passion to serve the people, continue the developmental challenges initiated by Governor Seriake Dickson.

He noted that he wanted to speak on behalf of the people, having been a key player in the restoration administration from the beginning and having understudied Dickson for over seven years.

“I clearly understood the challenges of governance and better placed to continue and consolidate on the achievements of Dickson, especially in the education and health sectors,’’ John-Jonah said.

He also encouraged the party to provide a level-playing ground for all aspirants and play by the rules, saying that there should be no preferred aspirant in order to avoid divisiveness within the ranks of the party.

Retired Col. Austin Akobundu, National Organising Secretary of the PDP, who handed over the forms to the deputy governor, promised to ensure a seamless transition in Bayelsa.

Akobundu gave an assurance that the party would provide a level-playing ground for all the aspirants.

He said that he was satisfied with the credentials of all the aspirants for the Bayelsa governorship ticket; as they were all eminently qualified to run for the position.

The deputy governor was accompanied by a huge crowd of supporters, including Tonye Isenah, Speaker, Bayelsa State House of Assembly and Abraham Ongobere, Deputy Speaker of the House.

Others in the company of the aspirant were: elder statesmen like Chief Francis Doukpola, Thompson Okorotie, Martin Agbede, among others.

The Bayelsa Governorship poll is scheduled for Nov. 16.