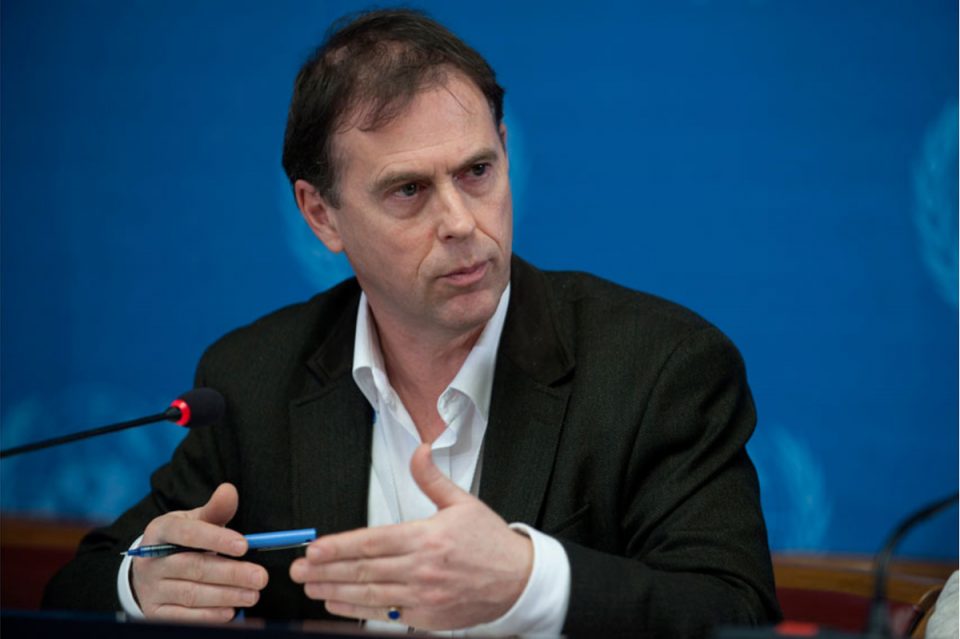 The UN Human Rights Office on Tuesday said that capital punishment was unacceptable for any crime, responding to U.S. President Donald Trump’s call for the death penalty for mass murderers.

“We consider it a uniquely cruel and irreversible punishment that has no place in the 21st century,” UN rights spokesman, Rupert Colville, said in Geneva.
Trump voiced his plans after the apparently racist attack in El Paso, Texas, where a man shot to death 22 people on the weekend.
Only hours later, nine people were killed in an unrelated shooting spree in Dayton, Ohio.
Colville did not directly comment on Trump’s xenophobic and racially tinged rhetoric, which has been linked with the El Paso incident.
However, the UN spokesman noted in general that authorities, who issue messages against minorities “leave targeted persons and communities vulnerable to the risk of reprisals and attacks.”
On Monday, Trump also called for reforming laws to ensure that mentally disturbed individuals do not have firearms or can lose their gun rights in a quick legal process.
“Mental illness may be a factor in some cases, but it is clearly not a factor in every case,” Colville said, adding that hatred or domestic violence have also triggered shootings.
Rather, the commercial availability of assault rifles should be addressed as the core problem, Colville said.

Demand for natural gas to slow down till post-pandemic