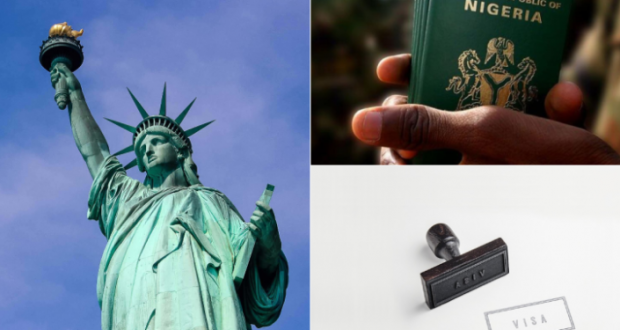 The visa row between Nigeria and the United States only reflected our sloppiness
This is supposed to be a matter that ordinarily should not stir the public attention. But like many things Nigerian, official incompetence, especially in the form of dalliance, can cost the nation a lot.

But there was dalliance, and a committee set up looked into it. A report was submitted, and this had taken too long, about 18 months between the increase and the decision by the United States embassy to hike their own fees.

But the Nigerian government did not take an action to reduce the visa fee or reach an agreement. But once the U.S responded by jacking up the fees, panic took over the country’s government. It was first public relations disaster for the United States until the full story came into the public knowledge.

The frustration of the U.S. embassy was clear in its language: “After 18 months of review and consultations, the government of Nigeria has not changed its fee structure for U.S. citizens for certain visa categories.”

How busy could the officials of the Ministry of Interior have been that they could not wrap up the issue that came into being early 2018? We may accuse them of lack of due diligence, or sloppiness, but we cannot take away the charge of official indolence.

The visa issue did not frustrate only the American embassy. It also riled quite a few Nigerians who now have the American visa, but often travel home to visit and do business. But the bigger uproar also comes from Nigerians who visit and want to visit the United States for whatever matter. Nigerians have been paying fees to travel to other countries, and they complain over the fees, especially considering the economy. They feel the visa fees of other countries like Britain, Germany, France, and Canada do not reflect the cost of living in the country. It means our officials are negotiating away our fellow citizens’ purses.

Whereas the Nigerian government wanted to increase its fees to rake in revenue, it should be aware that it has implications for its citizens. Many who travel to those countries are not necessarily rich. A good number of them are students whose parents are paying a lot already for fees and upkeep.

But it is also commentary on how desperate we are as a nation to leave our shores, rather than stay at home where we can turn our meagre resources into wealth and peace. In South Africa, Nigerians are under siege with Xenophobic indigenes wasting our fellow citizens’ lives, properties and businesses.

Even as we write this piece, the Nigerian government has not officially notified the American embassy of the decision to revert its fees to its old level. Mere announcement does not amount to policy, or diplomatic agreement.

We expect that, in short order, the matter will be laid to rest and it will not be what it has been in the past week. That is, much ado about nothing.