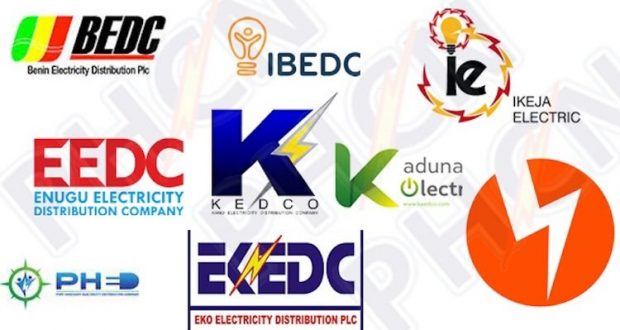 After frittering away four years with no strategy to resolve the electricity power crisis, the Muhammadu Buhari administration is finally prepping for decisive action to bring in new investors. A declaration by Vice-President Yemi Osinbajo that the power distribution companies cannot deliver and should be recapitalised comes rather late, while the tricky option of repossessing the 10 DisCos in private hands by the Federal Government has also been mooted. Hard decisions must be taken and the current operators need, in the national interest, to give way to capable investors.

Having inherited the power sector conundrum, this government compounded it, proffering the wrong diagnosis, dithering and clueless on the way forward. Instead of the expected swift action, Nigerians and businesses have continued to endure power shortages. Is a silver lining visible on the horizon? Osinbajo, who is the statutory chair of the National Council on Privatisation, says the electricity market will be opened to new investors. His belated admission that the “current structure of the market cannot deliver on adequate power for domestic and industrial use” should translate into a determination to save the economy. But it demands strong political will.

Last month, power supply dropped to well below 4,000 megawatts as per records of the Nigeria Electricity System Operator; and while total installed capacity of the generating plants is put at 13,427MW compared to over 8,000MW in 2013, and available output 8,342MW, the sole transmission national grid can carry 7,000MW, up from 5,000MW in 2015. These modest increases in capacity since the privatisation in November 2013 could have made significant impact on productivity, but for the weakest link, which is incompetent distribution. Said Osinbajo, “So despite availability of about 8,000MW of generation and about 7,000MW of transmission capacity, lack of DisCo infrastructure to deliver power to end users has restricted generation to an average of about 4,000MW.” Nigeria (pop 201.83 million) is reaping the treachery of those entrusted with selling the 11 DisCos and six GenCos unbundled from the former state monopoly. While Egypt (pop 97.55 million) by December 2017 achieved 8,150MW surplus on consumption of 24,090MW, South Africa’s (pop 58.68 million) has risen from 42,000MW in the last few years to 51,300MW, according to its Ministry of Energy.

Whereas privatisation was designed to bring in players with technical and financial capacity to reverse decades of underinvestment in the sector, this was subverted by the rigged sale process by the Jonathan administration that discouraged global investors and put the power assets in the hands of untested local adventurers. Admittedly, there are problems with GenCos and infrastructure upgrade and efficiency at the Transmission Company of Nigeria were, until recently, patchy. The Federal Government itself has failed to meet its own obligations despite advancing billions to the market, while legacy debts and a generally unfavourable operating business environment affect all.

Yet, the DisCos are today the major problem: they are indebted to local banks from where they borrowed, having negated the dream to draw in FDI. Most are technically insolvent, says the NERC, and, having failed to make the required investment to replace obsolete equipment, are neither able to meet their financial obligations to suppliers nor take enough power to drive further investment down the value chain. NERC’s third quarter 2018 report said total billing by the DisCos to consumers was N172.9 billion, but total collection was N106.7 billion; total invoice of N162.5 billion was issued in the period to the 11 DisCos by the Nigerian Bulk Electricity Trader, from which they paid only N54.1 billion or 33.3 per cent, denying the market of N108.4 billion.

There is scant hope of improvement, save for recapitalisation and the transfer of control to capable operators who can muster FDI, expertise and global investor confidence. The DisCos can never recover all that they bill since so many customers have no meters but are saddled with “estimates” that most dispute and some will never pay.

As the Bureau of Public Enterprises is set this December to undertake the mandatory performance review, one option is for the government to repossess the 10 DisCos (Yola DisCo was recovered in 2015 when the investor gave up), but this is fraught with legal issues bordering on the sanctity of contracts and may require at least N736 billion. Tony Elumelu, a leading African entrepreneur, prefers a dilution of the shares of the private investors through massive investment in the DisCos by the government to wrest control. This option holds attraction; the immediate past Minister of Power, Babatunde Fashola, had also expressed willingness by the government to cede its own 40 per cent stake in them. The operators should be persuaded to relinquish controlling equity to make way for competent investors. There can be outright sale or new investment that will reduce current shareholders to minority stakeholders.

When a gigantic blunder has been committed, it is the responsibility of government to take remedial measures: Australia has been working to correct the flaws in its privatisations of the 1990s and 2000s that saw its grids localised in the states, thereby saddling consumers with high costs. Now it is partnering investors to build national power grids to ease costs and prices.

For now, everything must be done to encourage the current operators to leave; some have indicated interest to do so, possibly holding out for sweet deals. Those who broke laws among officials and operators in the flawed sale process should be prosecuted in the courts and ill-gotten gains recovered. Infractions of the law and regulations by the operators should no longer be tolerated. NERC should take the matter seriously.

Above all, decisive action should be taken now: salvation lies in a sincere, transparent, corruption-free targeted initiative to bring in the world’s best operators to ensure the success of the partnership with Germany’s Siemens to raise production capacity to 25,000MW by 2024.

Coronavirus and Nigeria – The Nation