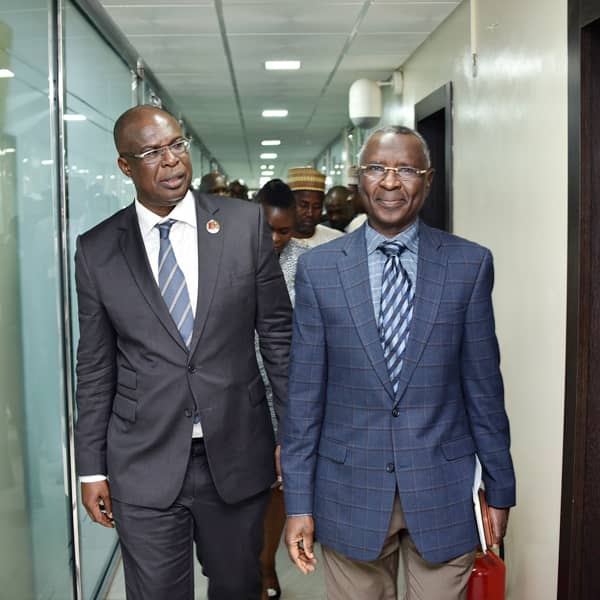 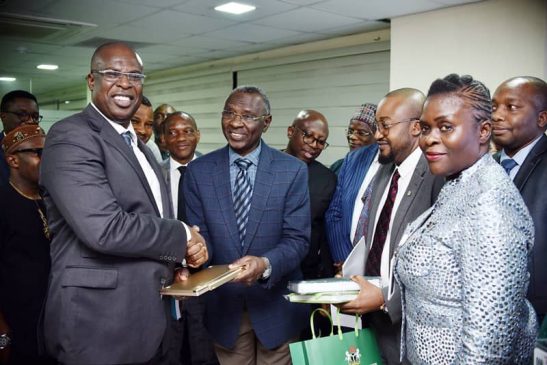 The Minister of State, Petroleum Resources, Chief Timipre Sylva has reiterated Federal Government commitment towards implementation of the oil and gas ‘7 Big Wins’
This was contained in a statement issued by Mr Paul Osu, Head, Public Affairs Department of Department of Petroleum Resources (DPD) and made available in Lagos.
Osu said that Sylva emphasized  government commitment towards revamping the sector during his visit to the agency in Lagos as part of his familiarisation tour to parastatals under his ministry.
It would be recalled that in 2016 President Muhammadu Buhari  unveiled the oil and gas industry road map tagged ” ‘7 Big Wins’ which has the potential to address the challenges retarding growth of the sector.
The statement said that the Minister, amongst other deliverables, promised to continue with the implementation of the government approved oil industry roadmap otherwise referred to as the ‘7  Big Wins’.
” This would address reduction of cost of production of crude oil per barrel, elimination of security challenges and vandalisation of production infrastructure.
“Also increase in Liquefied Petroleum Gas (LPG) penetration nationwide and improving the integrity of measuring equipment at terminals.
Sylva said: ‘ We are unrelenting in our commitment to reform, retool and refocus policy-making, regulatory and revenue-yielding parastatals and agencies under the Ministry of Petroleum Resources to operate optimally for the benefit of the national economy which has been experiencing some distress since the drastic fall in oil prices.
” The visit which was his first to any parastatal since his assumption into office, provided a platform for the honourable minister to outline his vision for the petroleum industry.
The  minister on his tour of the department, commended the Ag. Director for excellent facilities and infrastructure which has been put in place to domicile components of the industry operations like the National data Repository (NDR) which is the data hub for the entire oil and gas industry in Nigeria and the National production monitoring system (NPMS) which has recently been upgraded to monitor crude oil, LNG and petroleum products vessels into and outside the country real-time.
In his remarks, the Ag. Director, DPR  Mr Ahmad Shakur who received the Minister assured him of DPR’s commitment to the realisation and implementation of his vision for the industry.
Shakur further assured the Minister that DPR was already developing a robust policy framework to align with his vision.
The highpoint of the visit was the presentation of NPMS monitoring tool to the honourable minister to enable him monitor real-time crude oil exports and petroleum products importation.
Sent from Yahoo Mail on Android
previous post