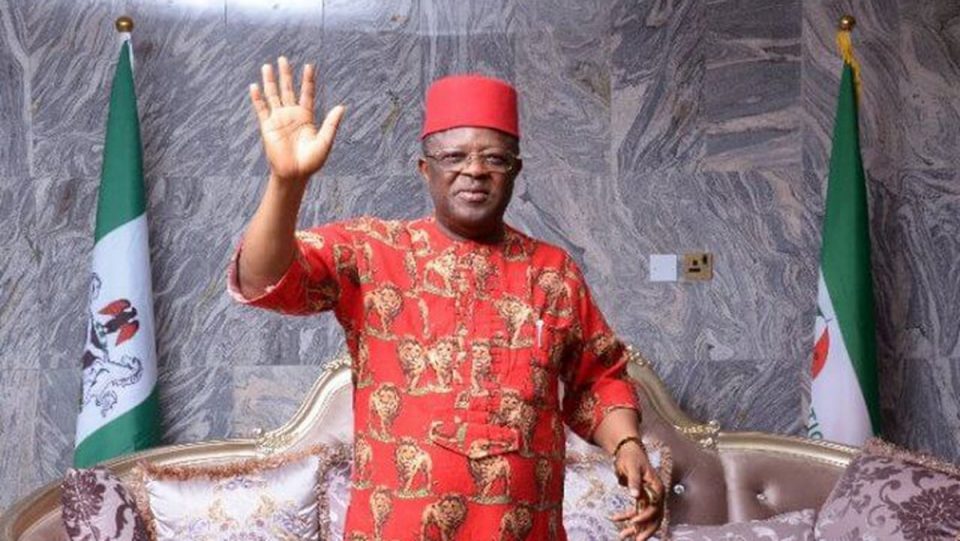 Ebonyi State Government has provided two new Coaster buses and 10 Hilux vans for use by  passengers to ease their inter-state transportation challenges, especially those travelling from the state to Owerri in Imo.

Gov. Umahi made the presentation on Tuesday at Ishieke, Ebonyi Local Government Area during the flag off ceremony of Abakaliki-Owerri Airport Bus Shuttle Services.

The governor, who was represented by Mr Austin Umahi, a chieftain of the PDP, said the measure was to ease transportation challenges following the closure of Akanu Ibiam International Airport, Enugu due to renovation.

The governor said that the transport services rendered would be free and be operational pending the completion of the renovation of Enugu airport.

“This is a proactive measure taken to ensure safety and these measures are seen in developed countries.

“The palliative measure will go a long way and an action taken to achieve this particular purpose is commendable,” Umahi said.

He urged the vehicle operators to handle them with care to sustain its purpose.

He called on other governors of the South-Eastern part of the country to emulate the gesture to relieve people in travelling pending the completion of the airport project.

The Secretary to State Government (SSG), Dr Kenneth Ugbala, commended the governor for his proactive approach toward provision of the vehicles to ease the travelling problems of the people.

Ugbala said that five hilux vehicles would be stationed at Owerri airport and another five in Abakaliki palliative lodge center.

“Today, the vehicles are here and the idea is to make sure every citizen and visitor to the state is secured while they travel through Owerri to board flights to their different destinations,” Ugbala said.

Prof Chigozie Ogbu, Vice-Chancellor, EBSU, commended the governor for establishing a liaison office at the permanent site of the institution.

The vice-chancellor described the initiative as a unique venture that would save people from risks associated with travelling.

“This is a unique approach to save people from the hazards of travelling on the road,” Ogbu said.

Eid el-Fitr: Civil servants to get advance salary in Sokoto

UN Chief remembers Mugabe for role in fight against apartheid