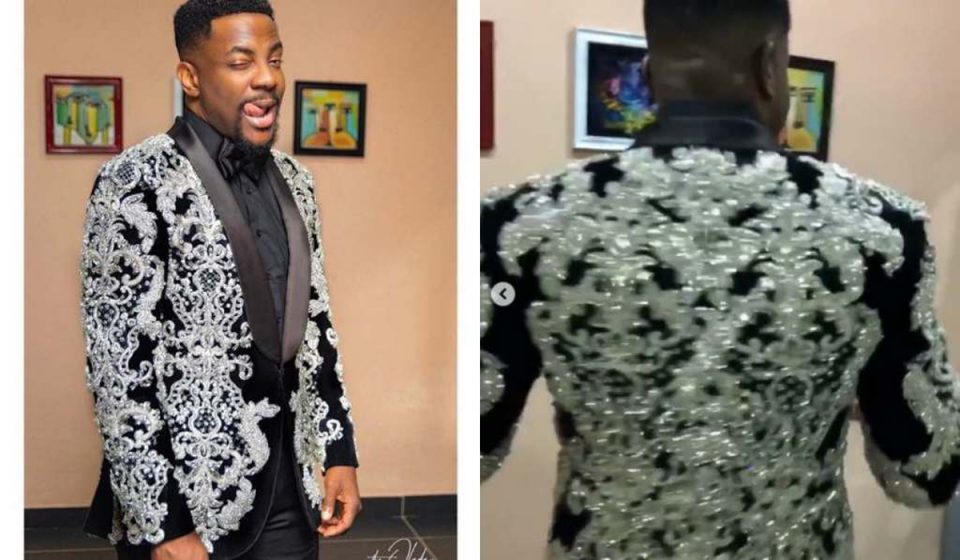 The  perennial host, who is known for his classic dress sense, has been the fashion highlight of the season since it began on June 30.

Ebuka showed up to the premiere in a gold embellished, fitted tuxedo which he revealed weighed nine kg  via his twitter handle @ebuka.

The Mai Atafo-designed tuxedo was paired with gold embellished shoes from 313 Eko , giving the host an edgy, classy look.

Fans have since taken to social media to hail the look, which they described as flashy enough for an anticipated finale.

@B_Sugar said, “It actually looks like it weighs a TON! Love it.”

@Aretackc wrote, “This guy has been the one doing the peppering since day 1 with his clothings, I only came to see what you wore, the housemates don’t bring the chilli.”

Meanwhile, tensions are high as Mercy, Mike, Omashola, Seyi and Frodd are in the running for the Grand Prize of 60 million Naira.

EU agrees to work with British PM on Brexit demands