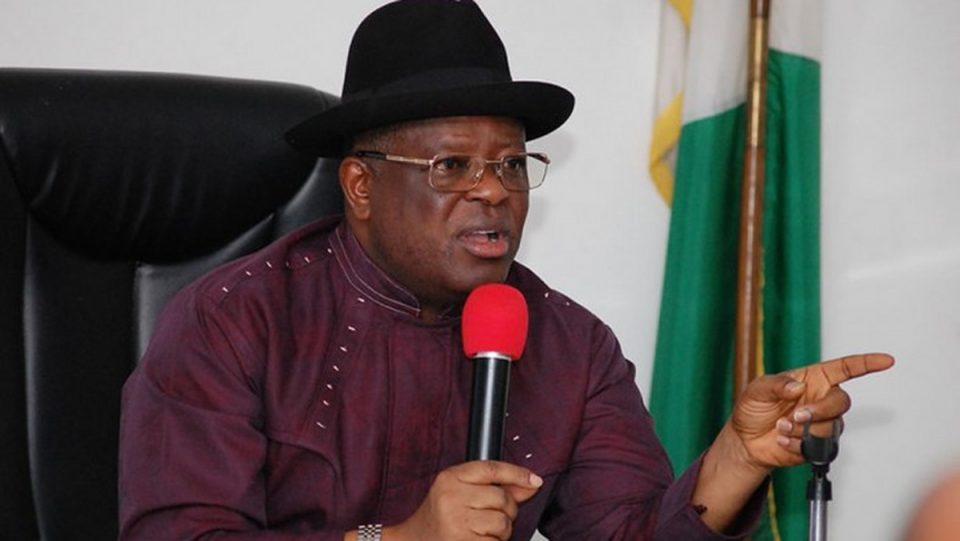 Gov. Dave Umahi of Ebonyi has advised the Federal Government to intensify its diversification of the economy, if Nigeria must survive the looming zero oil economy.

Umahi gave the advice on Tuesday, while delivering the University of Nigeria, Nsukka’s 59th Founder’s Lecture, entitled ‘Preparing Ebonyi state for tomorrow’s zero oil economy’.
He said that in 1958 and 1959, oil contributed 0.8 per cent to the nation’s economy, adding that its contribution jumped to 95 per cent presently because of the neglect of agriculture and other mineral resources.
He said: “Some infrastructures in Nigeria, including the premier universities in the country, were built with proceeds from agriculture.
“From the north, we had groundnut pyramid, cocoa from the west and from the southeast, we had palm oil.
“For the country to survive zero oil economy in the next 30 years, with the advent of electric cars, Nigeria must invest much in the diversification of the economy.”
The governor said that his administration was strengthening infrastructure, agriculture, solid minerals and human capital development, preparatory to zero oil economy.
He advised that revenues from oil should be invested more in infrastructure development that would contribute to the economy during zero oil economy.
“Given that most prosperous nations in the world are not dependent on oil, it is clear to me that with proper investment in physical and human development, Nigeria can survive tomorrow’s zero oil economy
“One way to do this would be to ensure that all revenues from oil are applied only to infrastructure development,” the governor said.
In a remark, the Vice Chancellor of the university, Prof. Charles Igwe, described the founder’s day lecture as the most prestigious public lecture in the university.
“It is an ideal platform for discussion on topical issues of national and international relevance, not just about celebrating the past but also about preparing for the future.
“There is no better place to have this conversation than the university in Nigeria that was established with proceeds from palm oil and not crude oil,” Igwe said.
The Chairman of the occasion, Prof. Emeka Ike, who was the first Registrar of UNN, described the theme of the lecture as apt, given that the era of oil was gradually phasing out.