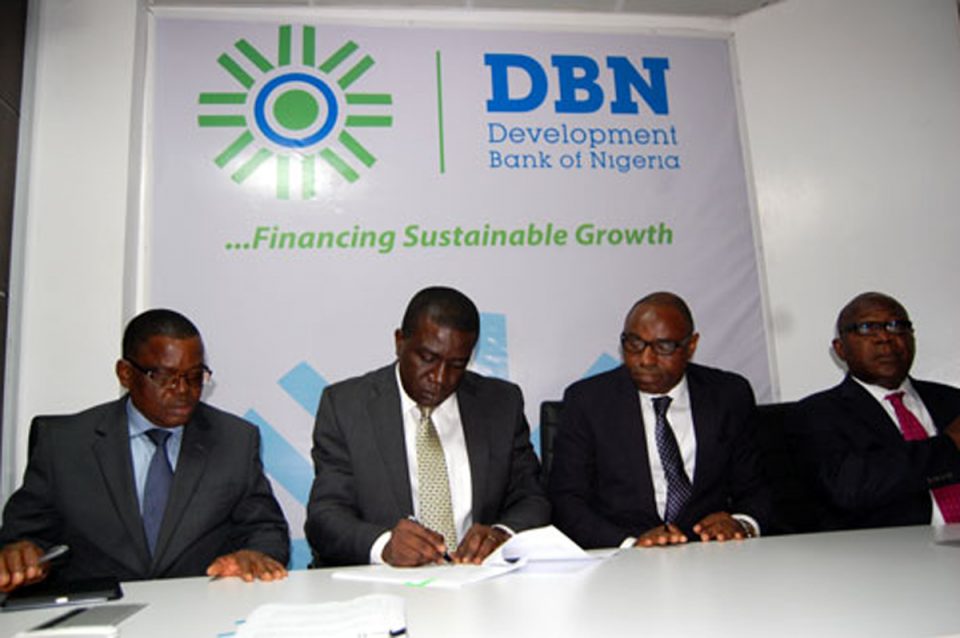 Development of Bank of Nigeria (DBN) said it disbursed N100 billion loan to over 95, 000 entrepreneurs this year to fasttrack growth of Micro, Small and Medium Scale Enterprises (MSMEs) in the country.

The Managing Director of the bank, Mr Tony Okpanachi, disclosed this at the maiden summit of the bank held at the Government House, Maiduguri on Tuesday.

The summit with the theme: “A New Dawn for MSMEs and Business Development in Nigeria,” was aimed at enhancing access to credit, financial inclusion and develop entrepreneurial skills of businesses.

Okpanachi said that the loans were disbursed to the beneficiaries from January to date, through financial institutions in the 36 states.

He said that the bank also disbursed N200 million to 300 MSMEs under the pilot loan scheme when it commenced lending operation in November 2017.

According to him, over 35,000 businesses benefited from a N30 billion facility in 2018.
“I am pleased to report that 72 per cent of loans are to women owned businesses.

“In the current year; we have disbursed over N100 billion to over 95,000 MSMEs cutting across various sectors of the economy.

“Additionally, 70 per cent of loans were to women and 51 per cent for youth owned businesses,” he said.

Okpanachi said that the bank was in collaboration with National Chambers of Commerce, Industry, Mine and Agriculture (NACCIMA), Small and Medium Enterprise Development Agency (SMEDAN), universities and other financial institutions.

He noted that MSMEs played a crucial role in the economic growth, poverty reduction, employment creation, and wealth creation.

Okpanachi said that statistics by SMEDAN and National Bureau of Statistics (NBS) showed that 41.5 million MSMEs contributed to 50 per cent of the national GDP.

”Accordingly, 90.5 per cent of the enterprises do not have access to credit facilities; 83.5 per cent lack assistance in power and water supply, and 73.1 per cent tax reduction,” he said.

He noted that lack of access to finance was a major challenge for the MSMEs despite its contributions to sustainable social and economic development.

Okpanachi said that the bank would collaborate with Borno State Government to build the capacity of businesses to access loans and enhance their operations.

“Our disbursement in the northeast region has been relatively low in the last two years. We have disbursed N300 million to about 1, 000 MSMEs.

“Now, we are here in Maiduguri in hopes to continue to strengthen and deepen our reach in this part of the country in order to ensure no community is left behind.

“As part of DBN’s mandate of providing sustainable financing, Maiduguri has been chosen as a veritable location to host the first ever DBN MSME Summit”

”It is part of our direct response to the layers of exclusion occasioned by insurgency,” he added.

On his part, Gov. Babagana Zulum, said that government had adopted proactive measures to encourage SMEs to reduce poverty, enhance employment generation, social and economic recovery of the state.

Zulum, represented by Alhaji Babagana Wakil, the Chief of Staff Government House, said that growth of small and medium enterprises would assist to address humanitarian crisis, accelerate livelihood, recovery and resettlement programmes in the state.

He lauded the bank over the initiative and pledged support to the programme.

The highlight of the event included paper presentation and exhibition by commercial banks, among others.

The event was attended by over 600 participants selected from business groups, artisans, traders, women and youth associations.

Part of the mandate of the bank is to address major financing challenges facing Micro, Small and Medium Scale Enterprises (MSMEs) in the country.