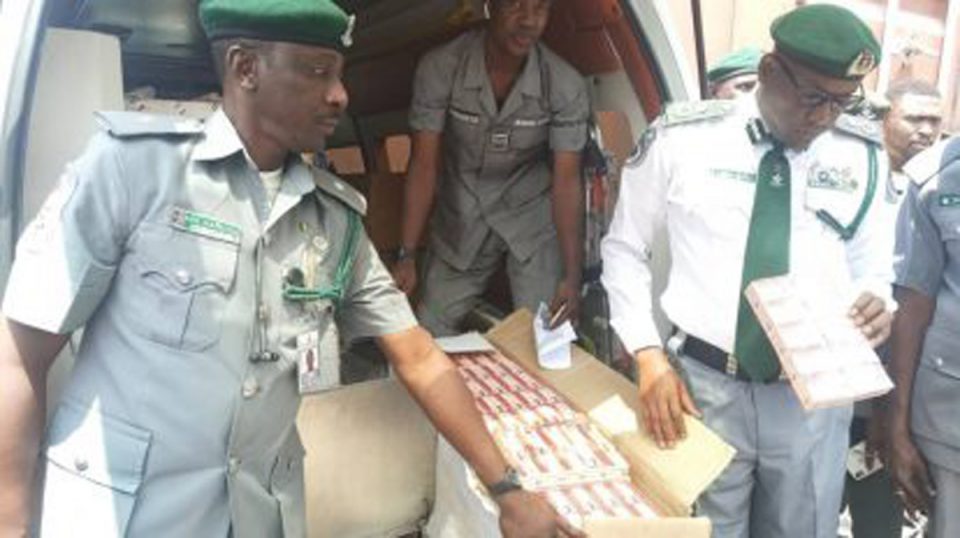 The Zone B of Nigeria Customs Service Federal Operations Unit Kaduna, on Thursday , said it had seized smuggled goods valued at over N304.39 million in August 2019.

The Comptroller of the command, Mustafa Sarkin-Kebbi  said at a media briefing in Kaduna, that the seizures were made from the month of August 2019 within the command’s area of operation.

He said that 238 seizures were made within August 2019 across the 11 states in the zone.

According to him, the seizure included 56 vehicles and 4,893 bags of rice.

He said there were also 21 cartons of tomato paste, one motorcycle and three cartons of Codeine syrup.

Sarkin-Kebbi disclosed that seven suspects were apprehended during the period.

“Another seizure of 318 bags of foreign parboiled rice of 149 bags re-bagged in local sacks and 85 jerry cans of vegetable oil  were made at Mando garage, Kaduna.’’

He noted that all operations were carried out in line with Section 147 of the Customs Act which empowers  the service to search premises and  Section 158 which  empowers it to patrol freely.

He said: “The briefing is a follow up to the sensitisation programme held on Oct. 2, 2019 on the importance of partial Border closure.’’

According to him, the border closure is with the aim of safeguarding the nation’s economic and food security.

He said the command has recorded significant successes and greatly improved on its anti-smuggling profile with the magnitude of seizures made so far in areas under its jurisdiction.

Sarkin-Kebbi further noted that, they are not relenting in efforts of making sure that smuggled rice does not get into the country.

He called on stakeholders to always help the Nigerian Customs Service with information on any smuggling activities within their area.

On his part, the Chairman, Rice Farmers Association of Nigeria (RIFAN), Kaduna State chapter , Alhaji Mohammed Numbu reiterated the group’s commitment toward giving its total support to the government to ensure boom in local rice production in the country.

He called on Nigerians to come together to salvage the country’s economy, by giving government all the support needed to ensure that the goals were achieved

In a separate interview, the Chairman of Car Dealers Association, Alhaji Ahmad Abdullahi thanked the  Nigeria Customs Service for their support

He assured that the association would ensure that its members complied with government directives on payment of duties.

According to him, any of the members found importing cars with weapons will be exposed  and handed over to relevant authorities for punishment.

PCN worries over 14.3m Nigerians engaged in illicit drug use

Nigeria to end kerosene use in 2030 – Buhari