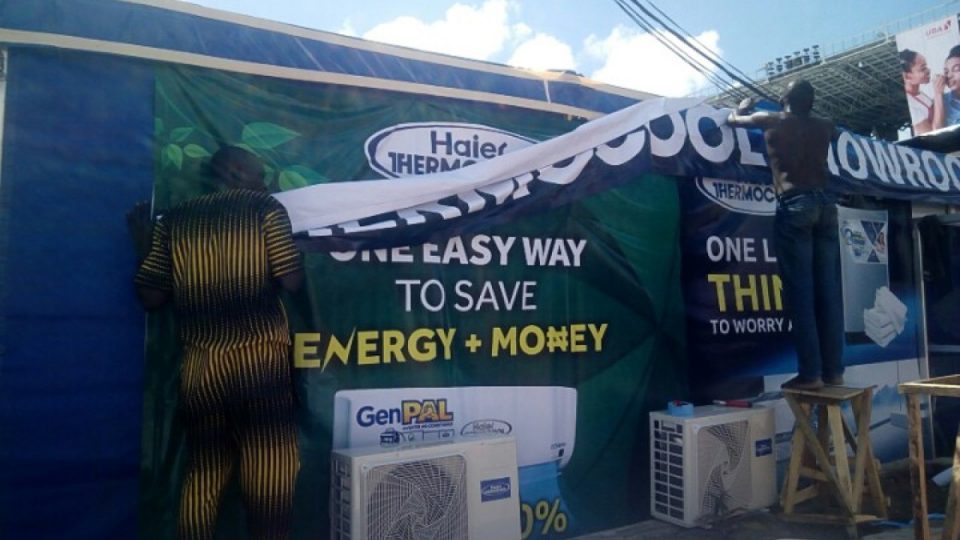 Preparations are in top gear ahead of the 31st Edition of the Lagos International Trade Fair, which is scheduled to begin on Nov. 1 at the Tafawa Balewa Square ( TBS), Lagos.

The fair, which is being promoted by the Lagos Chamber of Commerce and Industry, will hold from Nov. 1 to Nov. 10.

Hundreds of exhibitors and thousands of visitors from Nigeria and across the world are expected to participate in the 10-day event.

A Correspondent who monitored the situation on Thursday observed several artisans putting finishing touches to exhibition pavilions, stands and booths.

Also, commercial banks such as United Bank for Africa and Stanbic IBTC have already erected their structures while both local and foreign exhibitors were seen bringing their goods into the venue.

Items being exhibited at the fair include household electrical appliances, generators, inverters, furniture, tyres, computers, African fabrics and art works among others.

An art exhibitor, Mr Timileyin Omidiran, from the Omidiran African Arts Gallery, Ile Ife, said that the gallery had long history with the organisers and had been participating for the past 15 years.

“Our past experiences have been good at the Lagos International Trade Fair and hopefully this year will even be better.

“This year, we are showcasing our new style wood of arts and sell them, “Omidiran said.

He expressed optimism that despite the economic situation, art lovers would purchase quality art works which would be on display during the fair.

Also, a food vendor, Mrs Faith Olamide, said the fair was an opportunity for people in the food business to make brisk businesses.

She said : “We have been allocated stands here and we are selling all types of foods and drinks.

“Once the trade fair starts, the patronage will increase because people will be hungry and thirsty after walking around.”

The Lagos International Trade Fair, the largest of such fairs in Nigeria, has attracted both local and foreign exhibitors over the years.

It provides opportunities for various sector groups and professionals to present new products and new ideas.