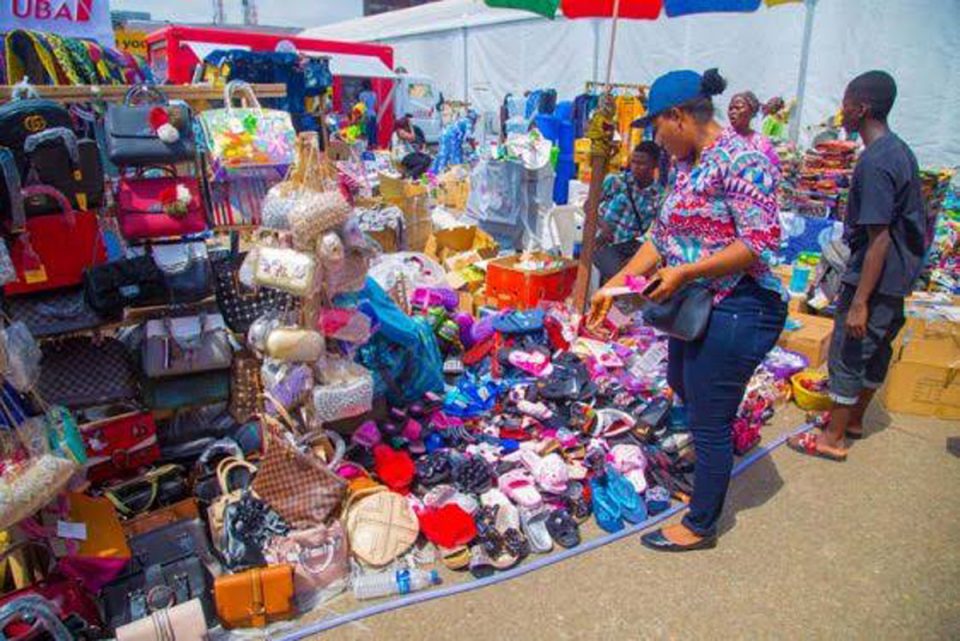 President Muhammadu Buhari on Friday declared the 2019 edition of Lagos International Trade Fair open with a call to Nigerians to continue to patronise locally-made products and services to grow the nation’s economy.

The  trade fair, organised by the Lagos Chamber of Commerce and Industry,  will run till Nov. 10 at the Tafawa Balewa Square (TBS) in Lagos.

Thousands of visitors and hundreds of local and foreign exhibitors are expected to participate in the 33rd Edition of the fair which has the theme : “Connecting Businesses, Creating Value.”

The president, represented by the Minister of State for Industry, Trade and Investment, Mrs Mariam Katagum, said that the Federal Government was committed to its mandate of providing assistance that would guarantee the growth of Micro, Small and Medium Enterprises (MSMEs).

According to him, this is to ensure that their products meet the acceptable global standards.

“To this end, I want to use this opportunity to reiterate my call for Nigerians to patronise Made-in-Nigeria products and services.

“We must accept our new reality of promoting locally-made products as it is evident that this is where our New Nigeria will be realised.

“That is why I have constantly emphasised that we must be a Nation where we grow what we eat and consume what we produce.

“This has wonderfully led to a massive nationwide agricultural re-awakening which without a doubt remains our most viable option for economic diversification as a government and nation. ”

The president said the focus of the government to diversify the economy using the private sector as an arrowhead was ongoing through various efforts such as enhancing the Export Expansion Grant initiative.

He said the task of transforming Nigeria to an industrial giant could not be achieved without the needed collaboration with the private sector to ensure an inclusive and sustainable path toward growth, job creation and economic development.

Buhari said that the non-availability of white-collar jobs had made it imperative for Nigerian youths to embrace entrepreneurship development which would make them to become economically empowered.

The president commended LCCI for organising the fair, which he described as a vital economic tool for the realisation of the government’s agenda for the industrial upgrade and economic development of the country.

“This will not only enhance business confidence, but may also lead to an increased level of Foreign Direct Investment (FDI) into our country, ” he said.

The Lagos State Governor, Mr Babajide Sanwo-Olu, represented by his deputy, Mr Obafemi Hamzat, assured LCCI and other investors that the government would continue to create enabling environment for businesses to thrive.

He said : “Our commitment to promoting and connecting businesses across transnational borders remains strong and unshaken.

“We shall leave no stone unturned in ensuring that Lagos State truly becomes a 21st century economy which actively supports the growth of the local economy through improved ease of doing business, innovative incentives and interventions as well as quality service delivery by a well-motivated public service. ”

Sanwo-Olu said that Lagos was Africa’s model mega city and melting pot of business and industrial activities in the sub-region, adding that the government would not rest on its oars until the state became the destination of choice for FDIs.

Hajiya Saratu Aliyu, the National President of Nigerian Association of Chambers of Commerce, Industry, Mines and Agriculture (NACCIMA), said there would be no development in Nigeria if the prerequisite infrastructure were not put in place.

She said : “I want to use this opportunity to call on government at all levels to pay attention to infrastructure development.

“There should be improvement in power, roads and rails which will significantly improve the condition of doing business in Nigeria.”

Earlier in his address of welcome, Mr Babatunde Ruwase, the President of LCCI, said the theme of this year’s fair underscored the importance of a robust business interaction to generate wealth and create value for the advancement of the Nigerian economy and the welfare of the citizens.

Ruwase said: “Creating a platform to promote trade and bilateral relations is of utmost importance to the LCCI. We are committed to ensuring the business environment is enabling for all investors.

“As a policy advocacy group, our programmes and activities are geared toward facilitating the realisation of the economic and social objectives of the government and making Nigeria an attractive destination for investment.

“Our economic and investment policies must be friendly to make Nigeria a major investment hub in Africa. ”

Ruwase said Nigeria needed the right policies as well as strong commitment to infrastructure development to revive investors’ confidence in its economy.

“Our policies must be one that support the growth of MSMEs so they can impact substantially on the economy in terms of growth, job creation and value generation.

“We believe that the goal to rank among the top 70 countries on the Doing Business Ranking by 2023 is achievable. Achieving this objective, however, requires the combined efforts of both government and private sector.

“The Lagos Chamber will not relent in engaging government through its advocacy programmes to ensure that government’s policies engender more confidence among investors,” Ruwase said.

COVID-19: Presidency rejects money for hand, back for ground demand from governors