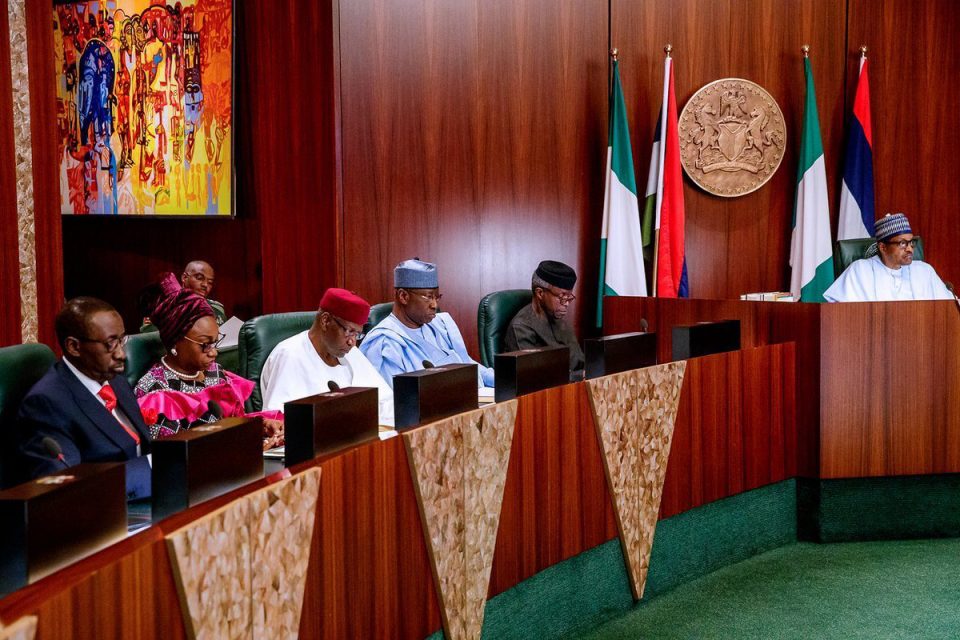 The Federal Executive Council (FEC) on Wednesday at the Presidential Villa, Abuja approved the draft bill for domestication of the International Convention against doping in sports.

Alhaji Lai Mohammed, the Minister of Information and Culture briefed State House correspondents on behalf of the Minister of Youths and Sports Development, Mr Sunday Dare after the FEC meeting presided over by Vice President Yemi Osinbajo.

Mohammed said that the sports minister presented a memo for the approval of the draft bill for domestication of the international convention against doping in sports, 2005.

The information minister said that Nigeria had been a signatory to the convention but it needed to domesticate the law so that it would be applicable also in Nigeria.

“We joined 188 other countries in the world that have ratified the convention.

“We have now made it a law by domesticating the convention; the council approved for the draft bill to be sent to National Assembly.

“One of the major advantages is that it confers more recognition for Nigeria in the sports industry.’’

He said that Adegbite sought approval for the ratification of the statute of the African Minerals Development Centre (AMDC).

Mohammed said that the background to the AMDC was the declaration by the African Union Heads of State and Government of the 50th anniversary of the AU.

He said that the declaration was to develop and utilise natural and mineral resource endowment as the basis for the industrialisation of the continent.

“The key objective of the AMDC is actually to ensure that Africa’s interest and concerns in the mining sector are properly articulated and internalised.

“The centre also aims to contribute to the highly skilled and knowledge-driven mining sector which delivers greater economic and social benefits as result of high productivity levels.

“The major functions of the centre are to support member states in the formulation, harmonisation and implementation of coherent policies, legal and fiscal regimes which are geared towards development of the mining sector.

“Support the acceleration of regional mapping and exploration activities to improve the quality of geological information and geo-data management system on the continent and finally to facilitate and nurture human resource and skill development in line with the African Vision Mining Action Plan.

“All we did today was actually to approve the ratification as a member state of the AU.’’

Mohammed said that the second memo presented by the minister was for the approval of the bill for the establishment of National Meteorological Training Institute in Onitsha, Anambra State.

He said that NMTI in Onitsha was established in 1980 following the report of the feasibility study carried out in 1979 by the German Agency for Technical Cooperation.

The minister said that German agency observed the lack of skilled manpower to run and maintain heavy mechanical and electrical equipment for the Iron and Steel, Oil and Gas and allied industries.

He said that consequently, Nigeria and Germany signed an agreement for the German government to provide equipment and organise foreign training for Nigerians who in turn are to train indigenous, low and middle level technical work force.

“ Nigerian government on the other hand was to provide the physical infrastructure.

“The two countries implemented the agreement until 1995 when the German government could no longer sustain the support leaving Nigeria to completely take over the running of the institute’s programmes.

“Today, council was invited to note that NMTI was established in 1980 for the training of low and middle level technical manpower for Nigerians in the Iron, Steel, Oil and Gas.

“ To note also that the institute has been training Nigerians in the area of maintenance engineering with the aim of fast tracking technological development.

“The council was also invited to note that institute has been operating without any enabling law since its establishment,’’ he said.

According to the minister, the purpose of the memo is to send to the National Assembly, a bill that will provide the legal framework for the institute.

Businessman arraigned over alleged importation of 13 containers of substandard cables

China to issue new versions of visas from June 1

Customs intercepts 62 fairly-used vehicles, 28,180 bags of rice, others in 11 months