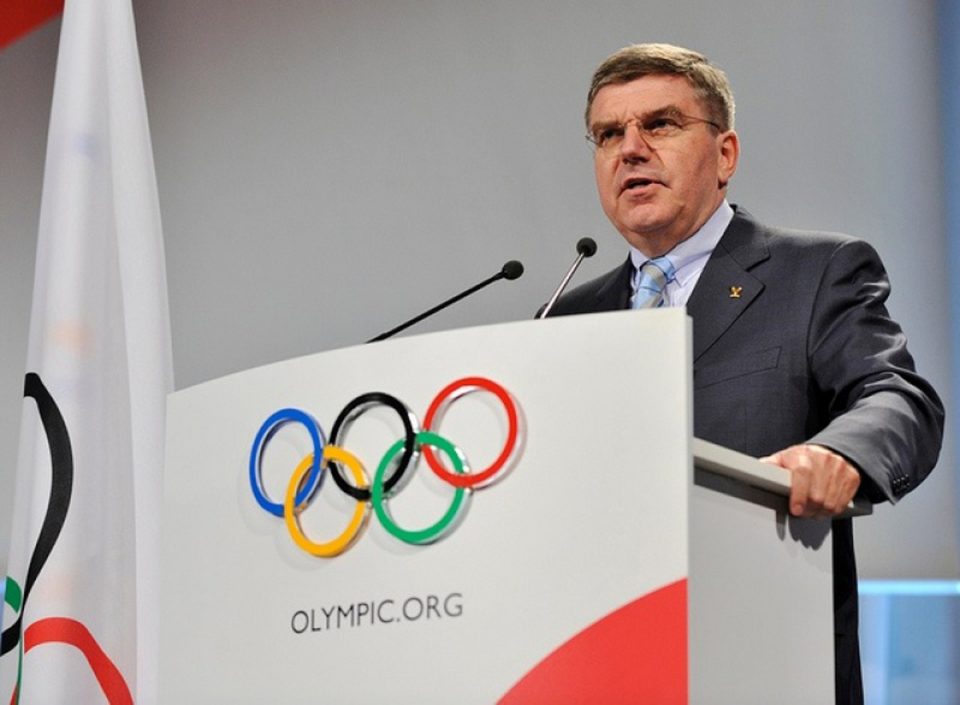 Bach gave the advice on Thursday in Abuja during an interactive session with Nigerian Olympians as part of his two-day working visit to Nigeria.

He said the visit was part of efforts to support the country’s Olympic preparations and further boost the ideals of the Olympics.

The  IOC boss, thereafter, toured the Moshood Abiola National Stadium, Abuja, and visited an NOC partner-school as part of his working visit.

Bach rounded off his engagement for the visit with the inauguration of the National Olympic Committee of Africa (ANOCA) headquarters building in Abuja.

He said the inauguration of the building would automatically transform Nigeria to the capital of Olympic sports in Africa.

Earlier, Minister of Youth and Sports Development, Sunday Dare, described the event as a great landmark in the development of sports in Africa.

“It is a day that the entire black race should be proud of. And as Nigerians, we are proud to be a major contributor to the actualisation of this day.

“Aside the obvious fact of the commissioning of the building that would, from today, be the administrative and technical hub of sports administration on the continent, we also have in our midst, the leaders of the world governing body for sports, ably led by the president of the International Olympic Committee, Dr Thomas Bach,” he said.

He recalled that the journey to the commissioning started about 13 years ago when Nigeria, alongside six other African countries, bided to host the headquarters of ANOCA.

“With the selection and signing of the Headquarters Cooperation Agreement on Feb. 21, 2007, the ANOCA Secretariat, hitherto in Yaoundé, Cameroon, was moved to Abuja, Nigeria,” he added.

Bach, a German lawyer and former Olympic fencer, is the ninth and current president of the IOC.

He had arrived Abuja on Wednesday on a two-day working visit as part of tour of selected African countries ahead of the Tokyo 2020 Summer Olympics.

Agriculture alternative to oil in many nations – Utomi

Eko Disco to give 100 free prepaid meters to customers

You have got terrific stuff right.

Hiya, I’m really glad I’ve found this information. Today bloggers publish only about gossips and web and this is actually irritating. A good blog with interesting content, this is what I need. Thank you for keeping this web-site, I’ll be visiting it. Do you do newsletters? Can’t find it.

What could you recommend in regards to your post that you made a
few days ago? Any positive?