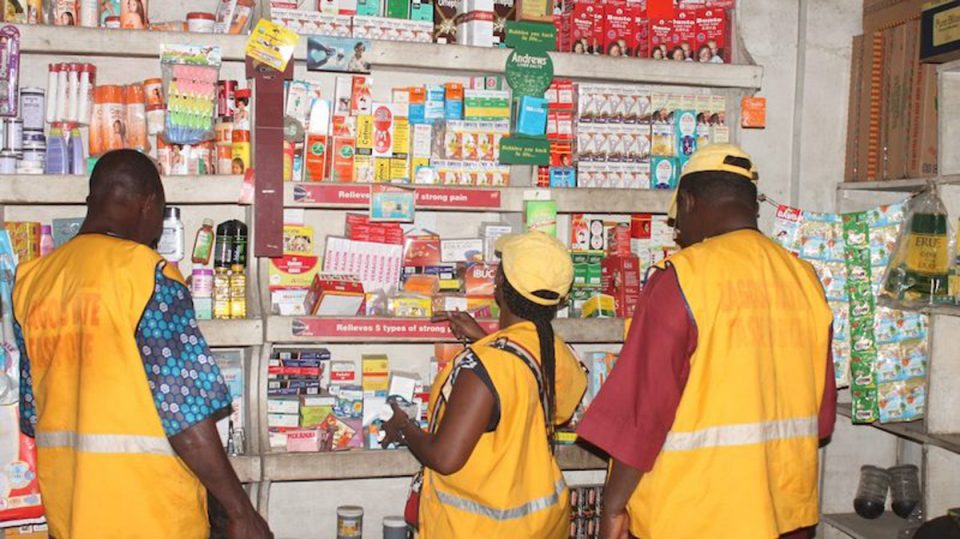 The Lagos State Government says it has sealed 24 pharmacies and patent medicine stores in various parts of the state for illegal operation and operating beyond scope of pharmaceutical practice.

Prof. Akin Abayomi, the state Commissioner for Health, disclosed this in a statement issued on Sunday in Lagos.

Abayomi said that the enforcement was part of the mandates of the Pharmaceutical Inspectorate Unit (PIU) of the ministry to end the ugly trend of unqualified personnel handling drugs.

He said that the affected pharmacies and patent medicine shops were sealed for operating without licence; engaging unqualified persons to man and dispense drugs to unsuspecting citizens and operating beyond scope through sale of unethical products.

Other offences, the commissioner said, included displaying and storing drugs in unconducive environments, thus which compromising the potency of the drugs and rendering them ineffective.

He further explained that some of the premises visited were engaging in illegal clinical practices, such as patient admission and setting of intravenous infusions, both of which, he said, were unacceptable.

Abayomi said that government would continue to insist that the environment for the dispensation of medical care be suitable for the promotion and maintenance of good health for citizens.

He noted that the enforcement was coming on the heels of the war being waged against fake drugs and illegal drug shops.

Abayomi said that the activities of the State Task Force on Fake Drugs would not only be sustained, but further intensified until operators in the sector adhered strictly to the provisions of the law on the operation of pharmacies and patent medicine shops.

He noted that only licensed patent medicine vendors were authorised to sell drugs in their original packs and in approved pack sizes, as produced by the manufacturing companies.

According to him, the law prohibits dispensing and wholesaling of drugs by patent medicine vendors and wholesalers operating outside their scope by selling drugs in retail.

Abayomi said that government would not relent in its efforts at stopping the inherent dangers associated with the operations of unlicensed pharmaceutical outlets and drug shops.

The  affected stores were situated at Abule Egba, Alagbado, Kola, Meiran, Ekoro and Oko-Oba, all in Ifako Ijaiye and Alimosho Local Government areas of Lagos respectively.

The enforcement was effected by the State Taskforce on Counterfeit, Fake Drugs and Unwholesome Processed Foods, in collaboration with the National Agency for Food and Drug Administration and Control (NAFDAC).

Others were Pharmacists’ Council of Nigeria (PCN), Pharmaceutical Society of Nigeria (PSN), Federal Taskforce on Fake Drugs and the police officers from Environmental and Special Offences Unit (Task Force) of the Lagos Police Command.

Thanks for every other fantastic article. Where else may just anybody get that type of info in such an ideal means of writing? I have a presentation next week, and I am at the look for such info.