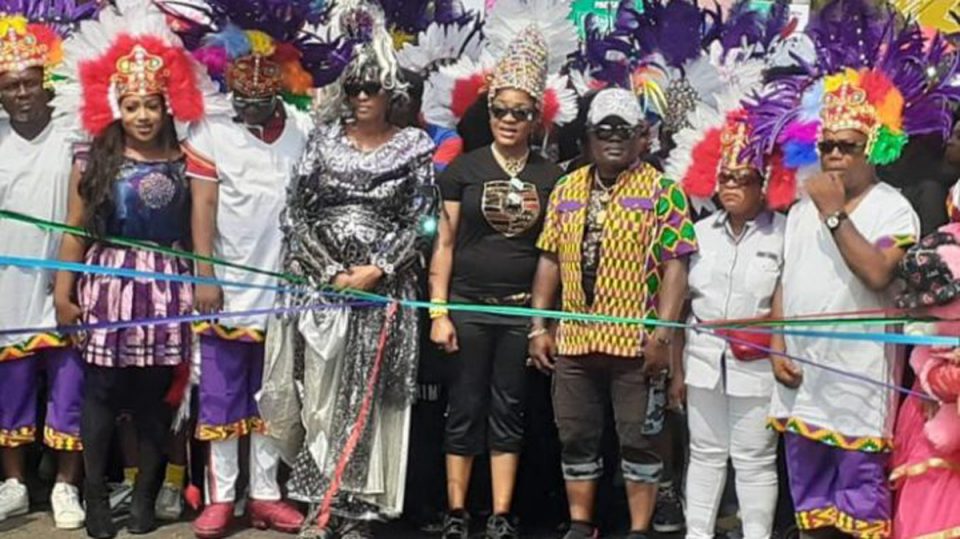 Gov. Ben Ayade of Cross River on Saturday said that Humanity was the greatest religion on earth because it preaches love, kindness and unity.

Ayade stated this during the kick off of the grand finale of the 2019 Calabar Carnival which has the theme “Humanity”.

“As we leave here today, if we don’t learn anything let us learn that humanity is the greatest religion.

“With humanity, you don’t need your Bible or Qur’an because with it you will show love to your fellow men that needs your love.

“Whether you are rich, poor, tall, short, black or white; humanity does not know the difference because it breaks all barriers,” he said.

He added that as everyone came to enjoy the dance and glamour of the carnival, they should bear in mind that man has to change the way he lives for a better world.

“When God created man, he created him to be equal and peaceful but in the course of man’s existence in the world, he has become animalistic.

“I speak with a lot of agony, melancholy, frustration and pain because when God created mankind, he created us in his own image; he created man for the beauty of the world.

“He gave his only begotten son to die for us, but in the course of man’s habitation on earth, man has deviated completely. Man has gradually become more animalistic and animals have become more human,” he said.

Speaking earlier, Mr Gabe Onah, Chairman of Calabar Carnival Commission, said the Carnival was all about humanity, love and kindness.

Onah said that Calabar Carnival has become a true platform for cultural diplomacy and a way of changing lives through cultural performances and display.

According to him, the carnival has become a village where communities, states and other countries come together during the Christmas season for fun, tourism and cultural display.

participating bands were dressed in their colourful costumes as they dance round the 12 kilometres Carnival routes.

Security personnel from the Police, Nigeria Security and Civil Defense Corps, Nigeria Immigration Service and others provided security for all the participants.