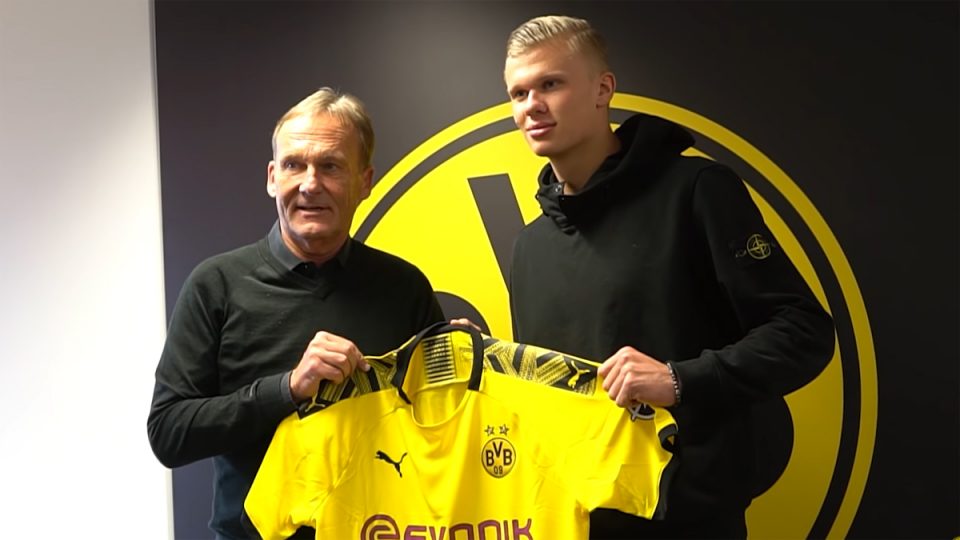 The transfer fee was undisclosed but British media reported the German side paid the equivalent of about 18 million pounds (23 million dollars) for the 19-year-old.

Haaland who has signed a deal until June 2024 shot to fame this season when he scored 16 league goals and eight goals in the UEFA Champions League group stages.

His tally was second only to Bayern Munich striker Robert Lewandowski’s tally of 10.

“We can all look forward to having an ambitious, athletic and physically-imposing centre-forward here at the club.

“Haaland boasts a real eye for goal and impressive speed, and we are confident that we can develop him even further here in Dortmund.

“At just 19 years of age, he  is at the very start of what promises to be an incredible career,” sporting director Michael Zorc said in a statement.

Haaland was earlier linked with a number of top European clubs after Salzburg failed to qualify for the knockout stages of the UEFA Champions League.

But English Premier League (EPL) side Manchester United and Italian Serie A champions Juventus werevheavily linked with the Norwegian.

The striker is the son of former footballer Alf-Inge Haaland, who played for Nottingham Forest, Leeds United and Manchester City in England.

“Right from the very start, I knew I wanted to move here. I can’t wait to get started and play in front of over 80,000 fans (at Signal Iduna Park) in the incredible Dortmund atmosphere,” said Haaland, who has four club hat-tricks this season.

Borussia Dortmund are fourth in the German Bundesliga, seven points behind leaders RB Leipzig and they return to action following the winter break with a trip away to Augsburg on Jan. 18.

The club said Haaland will join the first team squad on Friday before their trip to Marbella in Spain for a winter training camp.

Why Nigerians must focus more on state, LG budgets- Expert

Oil bounces above $63 after slide, but glut worries persist

COVID-19: Evacuation of Nigerians from U.S. begins May 10