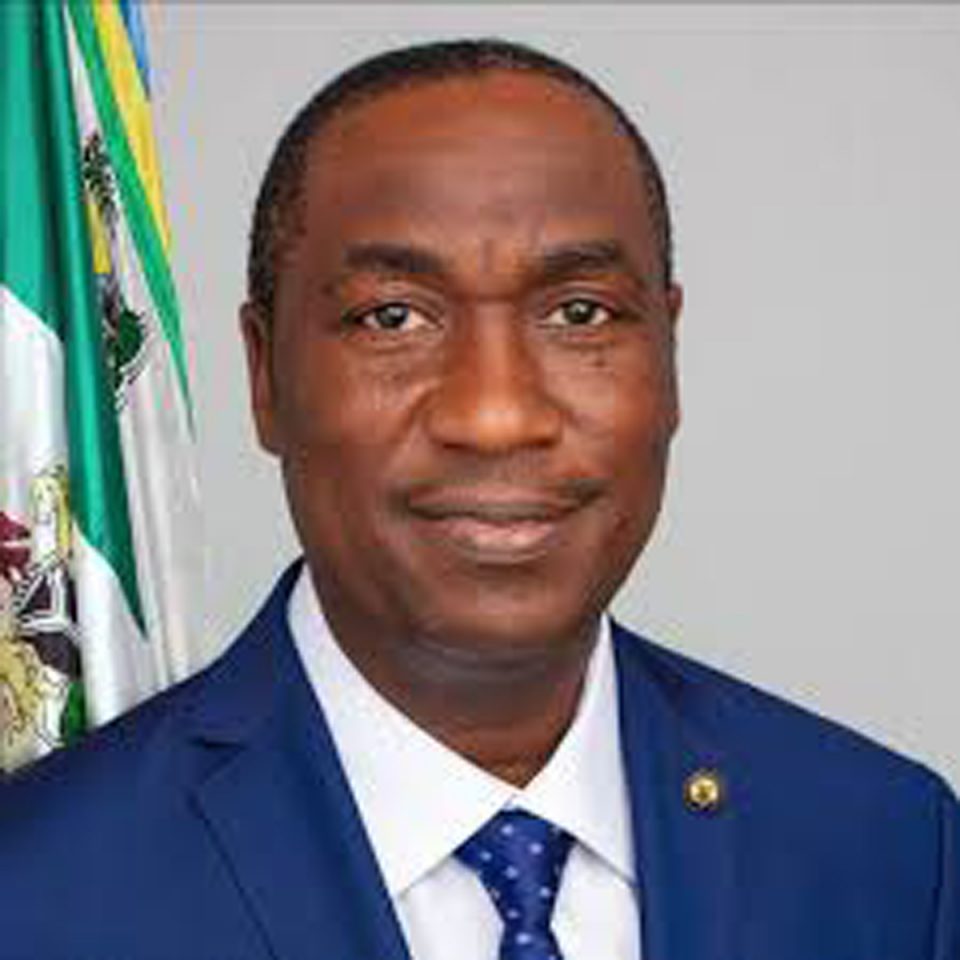 The Deputy Governor of Lagos State, Dr Obafemi Hamzat, on Thursday  urged  Lagos public servants to always do the right thing, work hard and be prayerful.

Hamzat gave the advice on Thursday while addressing the public servants at the 2020 Annual First Work Day Thanksgiving at Alausa, Lagos.

He said that the state government was committed to the completion of major projects which include the Blue Line Rail, Red Line and the Bus Rapid Transit.

“This will have a multiplier effect on the well-being of the citizens, especially workers” he said

The deputy governor urged the workers to support and cooperate with government to enable it to deliver on the projects.

He said that in line with the present administration’s commitment to better the lot of Lagosians, the state government had increased budgetary provisions to Works and Infrastructure, health and education sectors.

“I know that if Lagos gets everything right, Nigeria will get it right because of the strategic position of Lagos,” Hamzat said.

He also urged religious leaders to preach to their followers to be law abiding and shun vices.

“l implore all religious leaders to emphasise on obedience to all rules and regulations of the state in their sermons.We cannot just be religious without being spiritual.

“Although God said we must pray, but for God to bless our work, we must do the right thing, maintain laws and obey traffic rules and regulations of the state.

“Nigeria is the faith of the black race. So, we must be upright, do the right thing because we are the key to the success of Nigeria,” ” he said.

Earlier, in his address, the Head of Service (HoS), Mr Hakeem Muri-Okunola commended all Lagos State public servants for their commitment and significant contributions to the successful implementation of the THEMES policy agenda.

Muri-Okunola said that state government acknowledged and appreciated the role of the labour unions.

He said that as a rallying point for workers, they had demonstrated commitment to social harmony and economic progress.

“The reward for hard work in Lagos state is more work. There is no doubt that the quality of the Lagos State  Public Service is second to none.

“This has been primarily responsible for the State’s enviable status as the Centre of Excellence,” he said.

The Head of Service  said that in consonance with the new Minimum Wage Act 1, the governor had approved an additional three months salary arrears to be paid to all staff.

“This is notwithstanding the fact that the new regime of minimum wage and consequential adjustments had taken effect from November 2019.

Muri-Okunola urged the workers to continue to work very hard toward improving on the present standard, to raise the bar on all fronts.

“This requires absolute commitment and re-dedication to duties and to the long-standing public service tradition, ethics and ethos of discipline, honesty, integrity and transparency at our respective duty posts.

“It is only in this way that we can succeed in building the Lagos of our collective dreams for the present and future generation of Lagosians,” he said

According to Muri-Okunola,  it is imperative that workers recognise the critical importance of updating their knowledge, skills and competences.

“The world is more dynamic today than ever before and change is the only constant.

“The pace of change is unbelievably fast and it is inevitable that the future of work itself would be significantly determined by emerging technologies.

“The implication of the foregoing is that the civil service must prepare for the future of work,” he said.

The HoS said that workers, as the bedrock of governance and public administration, must continually renew and upgrade themselves, without which the public service  would fail in its unique mandate of implementing government’s policies, programmes and projects.

“The skills of yesterday have proved inadequate in addressing today’s issues and there is no gainsaying that today’s knowledge and skills may not be sufficient in confronting tomorrow’s challenges.

“Self improvement or self-development is thus very important.

“Formal schooling, an important and excellent avenue of personal self-improvement, is not the only way to achieve personal self-development.

“Technology has simplified learning and significantly improved access to information and training materials, he said.

Meanwhile more residents of Lagos have listed their expectations from the government in 2020.

Mr Joshua Iwunze, a trader, said  the issue of traffic jam in the state was alarming, appealing to the LASG to do something about the trucks along the roads.

“The non-moving trailers and trucks on the road constitute traffic; it is more at Alaka, Costain-Iganmu and Eko bridge and causes traffic.

“I’m urging the government to repair the roads and clear the non-moving vehicles in order to control traffic jam,” he said.

Mr Eli Gbenga, a lawyer, said that for a better year and country, government at all levels need to work on the business sector of the economy in order to boost growth and empower the youths.

“Through creating vocational centres for learning of different skills, the government can make provision for both graduates and non-graduates in order to improve standard of living and reduce unemployment in the country.

“The government should create employment for the youth; they can give out more grants to facilitate their entreprenuerial skills,” he said.

Mr Joshua Chinedu, a student, said that he looked forward to a brighter 2020 and believed that the country in general would be made better.

6 killed in bus crash in Philippine