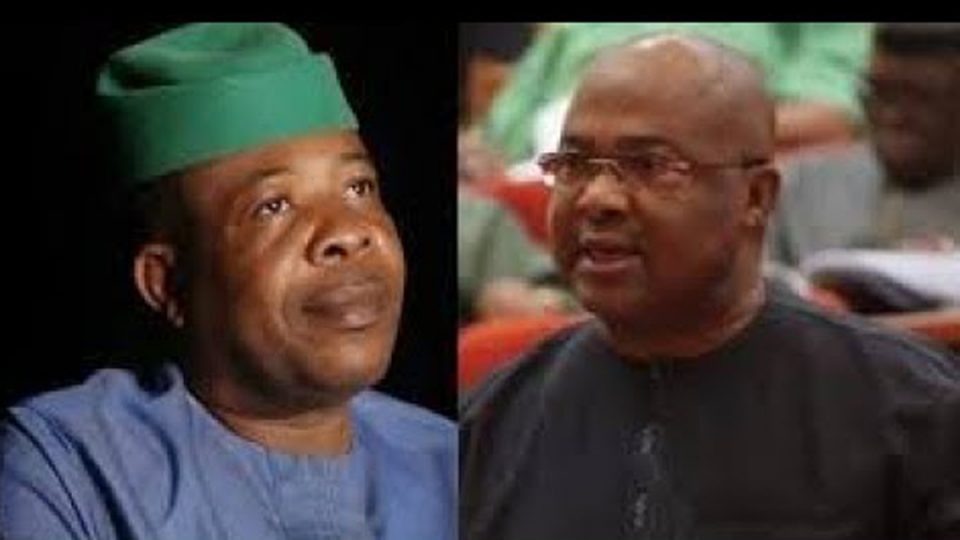 The Supreme Court in a unanimous Judgment on Tuesday sacked Emeka Ihedioha as Governor of Imo State, declares Hope Uzodinma winner and orders INEC to issue Uzodinma certificate of return.

A seven-man panel of the apex court in its decison held that Ihedioha did not win majority of votes cast at the March 9, 2019 governorship elections.

In the Judgment delivered by Justice Kudirat Kekere-Ekun, the court accordingly ordered the INEC to withdraw the Certificate of Return issued to Ihedioha and issue a fresh Certificate of Return to the candidate of the APC on grounds that he won majority of the lawful votes cast at the election.

The court also ordered the immediate swearing in of Uzodinma as lawful winner of the March 9, 2019 governorship election in Imo State.

The apex court held that the lower court erred in law when it rejected evidence tendered before them to the extent that votes from 388 polling units were not credited to APC and Hope Uzodinma.

Kekere-Ekun said with the result from the 388 polling units, the APC governorship candidate polled majority lawful vote and ought to have been declared winner of the election by INEC.

The judgment set aside the judgment of the Imo election  petition tribunal and that of the Court of Appeal both of which had refused to recognise and accept the votes of the 388 polling units as being unlawfully excluded in the general collation.

Uzodinma and APC had in their appeal pleaded with the apex court to review the judgment of the two lower courts against them and restore their victory in the March 9 governorship election.

Earlier, the Apex court struck  struck out the appeal against the election of Ihedioha filed by Uche Nwosu the governorship candidate of the Action Alliance (AA) in the March 2019 election.

The Justices struck out the appeal following an oral application for withdrawal by counsel to the appeallant, Solomon Umoh SAN.

Nwosu and his party, AA are among three candidates seeking the nullification of Ihedioha’s election on allegations of malpractices and non compliance with the electoral laws during the March 9 governorship election in Imo State.

However, when the matter was called, lawyer to the appeallants, Chief Solomon Umoh informed the court that based on the decision of the apex court delivered on December 20, 2019 that his client was not qualified to participate in the March 9 governorship election in Imo State, he advised them that the appeal be withdrawn.

Umoh accordingly moved for the withdrawal of the appeal.

When the withdrawal of appeal was no opposed by respondents in the appeal, the presiding Justice, accordingly ruled, “Appeal having been withdrawn is hereby struck out”.

Apapa gridlock: Lilypond Park must be put to use – Shippers’ Council

Buhari will not fail Nigerians – Presidency

Great V I should certainly pronounce, impressed with your web site. I had no trouble navigating through all the tabs and related info ended up being truly simple to do to access. I recently found what I hoped for before you know it in the least. Reasonably unusual. Is likely to appreciate it for those who add forums or something, web site theme . a tones way for your customer to communicate. Excellent task..

Helpful info. Fortunate me I found your website accidentally, and I am stunned why this twist of fate did not happened earlier! I bookmarked it.

Some times its a pain in the ass to read what blog owners wrote but this website is very user genial! .