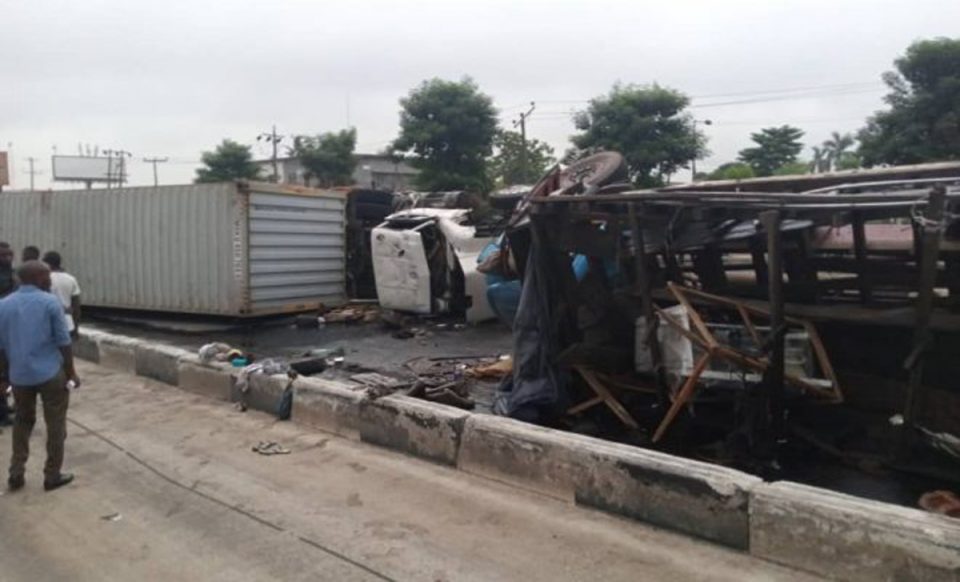 A lorry and another 40ft container-laden truck on Wednesday fell at Obanikoro, Ilupeju area of Ikorodu road, following an accident between both vehicles in the early hours of Wednesday.

The accident, however, caused gridlock that extended to Maryland end of the Ikorodu road.

Mr Awodeinde Lukman, Coordinator of the LASTMA team at the scene, said that the incident happened in the early hours of Wednesday, saying that efforts were being made to evacuate the affected vehicles.

Lukman confirmed that no life was lost but noted that the driver of the truck was unconscious and had been taken to an undisclosed hospital for treatment.

ASP Alfred Randa of Ilupeju Division of the Nigeria Police, said that efforts were ongoing to evacuate the vehicles from the road and to also ease traffic.

“The police and other security officials have been deployed to the road to control and divert traffic from the scene of the accident.

“We are also waiting for a fork lift from LASEMA to lift the truck from the road, as the initial one they brought could not lift the truck, so they have gone to bring a bigger one.

“Once the vehicles are evacuated, the traffic flow will be faster, ”  Randa said.

Ex-CBN chief urges states to be proactive over minimum wage