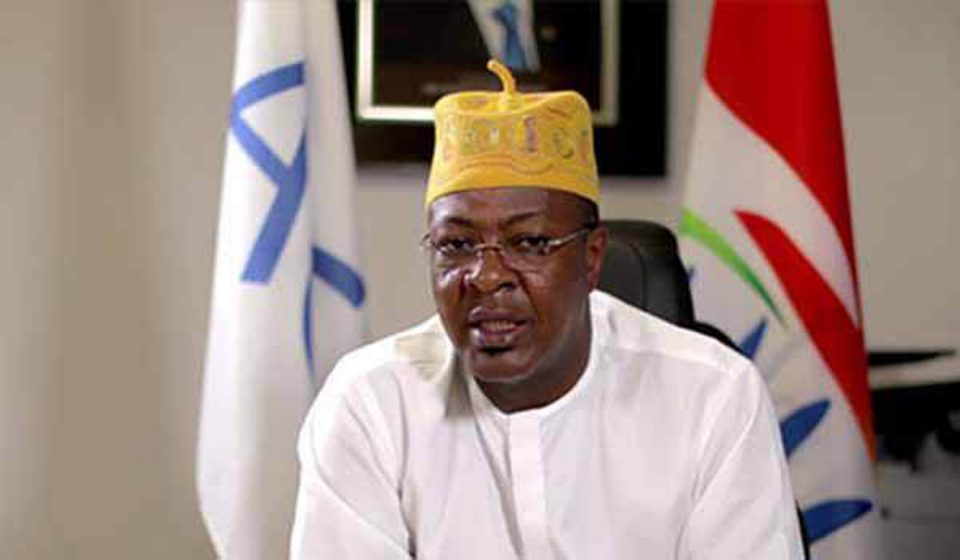 The Director-General, Nigeria Tourism Development Corporation (NTDC), Mr Folorunsho Coker, has stressed the need for more funding and social intervention to boost the tourism sector in the country.

Coker said on Friday in Abuja that funding had a major impact on the performance of his agency considering its function to promote tourism.

According to him, injecting more funds into tourism sector will make it thrive more, increase influx of tourists, and generate more revenue for both the government and private investors.

He decried the poor budgetary allocation to the sector which he said had affected its development and reduce job opportunities.

The NTDC boss emphasised the need for intervention fund in the nation’s tourism industry stressing that “tourism is the largest employer of labour”.

According to him, the corporation has a role as a marketing arm of tourism sector and needed funding to market its products known to the public.

The NTDC boss who said that partnering with the private sector was important, however, noted that private sector funding was not forthcoming due to present economic reality.

Coker also noted that funding has a major impact on the performance of his agency considering its function to promote tourism.

“There is a difference between money appropriated in the budget and actual releases.

“It is the actual releases that determines how much can be spent, we have to prioritise our spending based on what we have at hand,” he said.

Coker further said that enabling environment was key in tourism development and thereby advocated for a legal framework.

He, however, pledged commitment of the corporation to partner with stakeholders to move tourism to an enviable height.

Hey There. I found your blog using msn. This is an extremely well written article. I will be sure to bookmark it and come back to read more of your useful information. Thanks for the post. I will certainly return.

Hi! This post could not be written any better! Reading through this post reminds me of my good old room mate! He always kept talking about this. I will forward this page to him. Pretty sure he will have a good read. Many thanks for sharing!

hey there and thanks in your info – I have definitely picked up anything new from right here. I did alternatively expertise several technical points the use of this website, as I experienced to reload the site a lot of occasions prior to I may just get it to load properly. I were considering in case your hosting is OK? Not that I’m complaining, however sluggish loading cases times will sometimes have an effect on your placement in google and could damage your high-quality rating if ads and ***********|advertising|advertising|advertising and *********** with Adwords. Well I am including this RSS to my email and could look out for much more of your respective exciting content. Make sure you update this again soon..

Currently it sounds like WordPress is the top blogging platform out there right now. (from what I’ve read) Is that what you’re using on your blog?

You can certainly see your expertise within the work you write. The arena hopes for even more passionate writers such as you who are not afraid to say how they believe. All the time go after your heart. “The most profound joy has more of gravity than of gaiety in it.” by Michel de Montaigne.

I like this post, enjoyed this one regards for posting. “‘I have done my best.’ That is about all the philosophy of living one needs.” by Lin Yutang.

you are really a good webmaster. The site loading speed is incredible. It seems that you are doing any unique trick. Furthermore, The contents are masterpiece. you have done a fantastic job on this topic!

I’m really enjoying the design and layout of your site. It’s a very easy on the eyes which makes it much more pleasant for me to come here and visit more often. Did you hire out a designer to create your theme? Superb work!

Fantastic post but I was wondering if you could write a litte more on this topic? I’d be very thankful if you could elaborate a little bit further. Thanks!

It is best to take part in a contest for probably the greatest blogs on the web. I will advocate this web site!

I truly enjoy studying on this web site, it contains good content. “It is easy to be nice, even to an enemy – from lack of character.” by Dag Hammarskjld.

We absolutely love your blog and find a lot of your post’s to be just what I’m looking for. can you offer guest writers to write content for you personally? I wouldn’t mind creating a post or elaborating on some of the subjects you write related to here. Again, awesome website!

Great line up. We will be linking to this great article on our site. Keep up the good writing.

Thank you, I’ve recently been looking for information approximately this topic for ages and yours is the best I’ve found out so far. However, what in regards to the conclusion? Are you sure in regards to the source?

It¦s really a great and useful piece of info. I am satisfied that you simply shared this helpful information with us. Please keep us up to date like this. Thanks for sharing.

You actually make it seem really easy along with your presentation but I in finding this matter to be really one thing which I believe I might never understand. It sort of feels too complex and very huge for me. I am having a look ahead on your next put up, I¦ll try to get the cling of it!

Hi there! This post couldn’t be written any better! Reading through this post reminds me of my previous room mate! He always kept talking about this. I will forward this article to him. Pretty sure he will have a good read. Thank you for sharing!

Hello! I just would like to give an enormous thumbs up for the good info you’ve got right here on this post. I will be coming back to your weblog for more soon.

This really answered my problem, thank you!

Thanks for helping out, wonderful info .