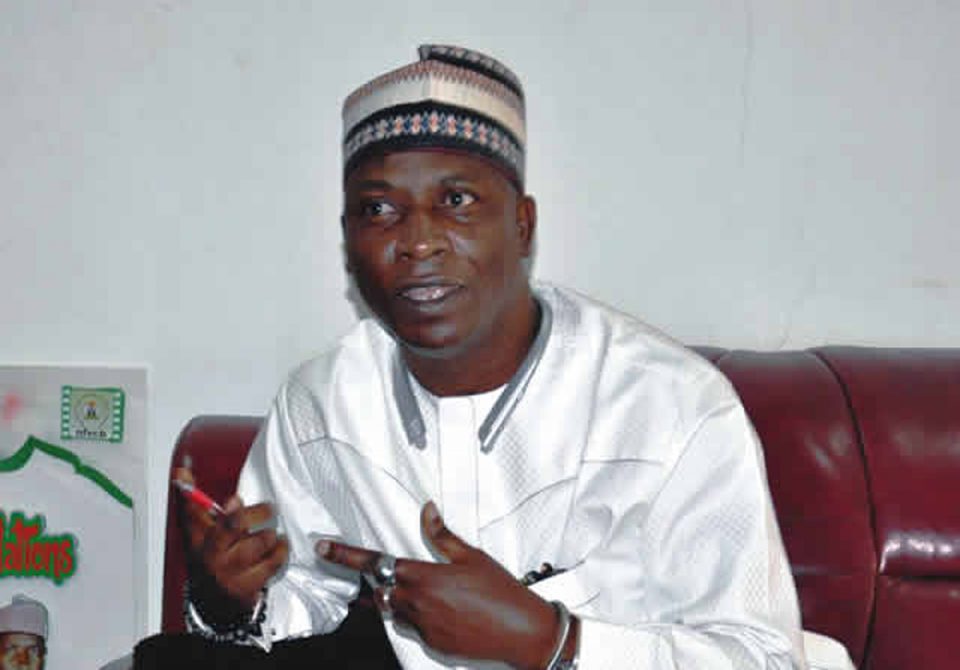 The National Film and Video Censors Board (NFVCB) on Saturday warned miscreants, foreign films traders and others engaged in illegal businesses in the movie industry to desist from such dubious acts.

He said that foreign films were illegal, uncensored and unclassified, therefore unacceptable in the country.

He, therefore, urged those who trade in foreign films to desist from such illegal act because when caught, offenders would be dealt with ruthlessly.

He disclosed that about five offenders were already in court while others whose uncensored movies were seized and burnt were being educated by the board on the kind of films to sell.

“Foreign films in this country are totally banned, they are illegal and we seek the collaboration of the customs and other law enforcement agencies to help us sanitise the creative industry.

” Foreign films are against the growth of the country, they come in illegally without censorship, classification and the property right of the owners and that reduces our rating in terms of intellectual property right.

” So it is a total ban for all foreign films, the only ones allowed are those in the cinemas because we have been able to manage the cinemas and censored them,” he said.

The Executive Director said that with 60 cinemas in the country, 55 had been classified and censored by the board.

Thomas said that the board had a meeting on Jan. 16 with Africa Magic Yoruba, Hausa and Igbo alongside Multichoice to address the issue of obscene musical videos and movies on various television channels.

He said that the board had advised them to desist from showcasing uncensored and unapproved movies and musical videos as any television station found defaulting would be shut down completely.

” We have made them realise that most of the movies they air are uncensored and unclassified, so we are watching them henceforth,” he said.

Service to the people, essence of governance – Badagry LG boss

There’s no division in PDP — Ekweremadu

Community calls for provision of staff, equipment for health centre

Hi there! I could have sworn I?ve been to your blog before but
after browsing through a few of the posts
I realized it?s new to me. Anyhow, I?m certainly pleased I came across
it and I?ll be bookmarking it and checking back regularly!

Howdy! This post couldn’t be written any better! Reading through
this post reminds me of my old room mate! He always kept chatting about this.

I will forward this post to him. Fairly certain he will have a good read.

It’s actually very complicated in this full of activity life to listen news on TV,
therefore I only use web for that purpose, and obtain the most up-to-date news.

I’m not sure why but this site is loading incredibly
slow for me. Is anyone else having this problem
or is it a problem on my end? I’ll check back later on and see if the problem still
exists.

We’re a group of volunteers and opening a new scheme in our community.
Your web site offered us with valuable information to work on.
You have done an impressive job and our entire community
will be thankful to you.

Wow that was odd. I just wrote an extremely long comment but after I clicked submit my comment didn’t appear.
Grrrr… well I’m not writing all that over again. Anyway, just wanted to say
excellent blog!

Hello i am kavin, its my first occasion to commenting anywhere,
when i read this paragraph i thought i could also
create comment due to this brilliant paragraph.

Hello there! Do you know if they make any plugins to help with SEO?
I’m trying to get my blog to rank for some
targeted keywords but I’m not seeing very good results.
If you know of any please share. Thank you!

Nice answers in return of this query with genuine arguments and telling the whole thing on the topic of that.

Hi my loved one! I wish to say that this article is amazing, great
written and include approximately all significant infos.
I would like to peer extra posts like this.

Thank you for each of your effort on this web site.
My daughter takes pleasure in getting into investigations and it
is obvious why. My partner and i notice all about the powerful manner you
create great guidelines via this website and even cause response from other people on this situation so our
own child is truly starting to learn a lot. Take pleasure in the remaining portion of the
new year. You are always doing a really great job.

Hmm it appears like your website ate my first comment (it was super
long) so I guess I’ll just sum it up what I had written and say, I’m thoroughly
enjoying your blog. I too am an aspiring blog blogger but I’m still new to the whole thing.
Do you have any tips and hints for rookie blog writers?
I’d certainly appreciate it.

The very next time I read a blog, I hope that it won’t fail me as much as this particular
one. After all, I know it was my choice to read through, however
I really believed you’d have something interesting to talk about.
All I hear is a bunch of moaning about something that you can fix if you weren’t too busy looking for attention.

I have not checked in here for some time since I thought it was
getting boring, but the last few posts are great quality so I guess I’ll add
you back to my daily bloglist. You deserve it my
friend 🙂

Excellent post. Keep writing such kind of information on your
page. Im really impressed by your blog.[X-N-E-W-L-I-N-S-P-I-N-X]Hey there, You have done an excellent job.

I’ll certainly digg it and for my part recommend to my
friends. I am sure they’ll be benefited from this site.

Hey there would you mind letting me know which web host you’re working with?

I’ve loaded your blog in 3 completely different browsers and I must say this blog loads a lot faster then most.
Can you recommend a good web hosting provider at
a reasonable price? Thanks a lot, I appreciate it!

It’s hard to come by educated people in this particular topic, however, you sound like you know what you’re talking
about! Thanks

Some really superb posts on this site, thank you for contribution.

Hi to all, how is all, I think every one is getting more from this site, and your views are pleasant designed
for new viewers.

Wonderful post however , I was wondering if you could write a
litte more on this subject? I’d be very thankful if you
could elaborate a little bit further. Appreciate it!

Hi, i feel that i noticed you visited my website so i got here to ?return the choose?.I am attempting to
to find things to improve my site!I guess its good enough to make use of a few of your concepts!!

Great post. I was checking constantly this blog and I am impressed!
Extremely helpful information specially the last part :
) I care for such information much. I was seeking this
certain information for a very long time. Thank you and good luck.

I dugg some of you post as I cogitated they
were invaluable extremely helpful.

I consider something genuinely special in this web site.

You actually make it seem so easy with your presentation however I in finding this topic to be actually one thing that I feel I’d by
no means understand. It kind of feels too complex and very broad for me.

I’m looking forward on your subsequent publish, I will attempt to get the
cling of it!

Hey! I know this is kinda off topic but I was wondering if you knew where I could locate a captcha plugin for my
comment form? I’m using the same blog platform as yours and I’m having trouble
finding one? Thanks a lot!

Greetings from Ohio! I’m bored at work so I decided to check out your website on my iphone during lunch break.
I enjoy the info you provide here and can’t wait to take a look when I get home.
I’m amazed at how fast your blog loaded on my cell phone ..

Howdy! Do you know if they make any plugins to protect against hackers?
I’m kinda paranoid about losing everything I’ve worked hard on. Any tips?

You have brought up a very wonderful details, appreciate it for the post.

Hello to every body, it’s my first visit of this website; this
blog consists of amazing and actually good data for visitors.

Thanks a ton for being my coach on this issue. My partner and
i enjoyed the article quite definitely and
most of all appreciated the way you handled the issues I considered to be controversial.
You are always incredibly kind towards readers much like
me and let me in my life. Thank you.

I do trust all of the ideas you have offered to your post.
They are really convincing and can definitely work.
Nonetheless, the posts are too quick for newbies.
May you please extend them a little from next time? Thank you for the
post.

What’s up, yup this post is really pleasant and I have learned lot of things from it regarding blogging.
thanks.

Hi, the whole thing is going nicely here and ofcourse every
one is sharing information, that’s truly good, keep up writing.

Amazing issues here. I’m very satisfied to see your article.
Thank you so much and I am having a look ahead to touch you.
Will you kindly drop me a e-mail?

Attractive section of content. I just stumbled upon your blog and in accession capital to assert that I get actually enjoyed account your blog
posts. Anyway I’ll be subscribing to your feeds and even I achievement you access
consistently quickly.

Very nice article, exactly what I was looking for.

This website was… how do I say it? Relevant!! Finally I have found something which helped me.
Thank you!

Spot on with this write-up, I truly believe this site
needs a lot more attention. I’ll probably be returning to see more, thanks for the info!

Hello There. I found your blog using msn. This is an extremely well
written article. I’ll make sure to bookmark it and come
back to read more of your useful info. Thanks for the post.

I will definitely return.

This post is invaluable. How can I find
out more?

If you are going for best contents like I do, just
pay a quick visit this website daily because it presents quality contents,
thanks

I’ve been exploring for a little bit for any high
quality articles or blog posts on this kind of space .
Exploring in Yahoo I ultimately stumbled upon this web site.
Reading this info So i’m glad to express that I have a very good uncanny feeling
I discovered exactly what I needed. I most no doubt will make certain to do not put out of
your mind this site and provides it a glance regularly.

Very interesting details you have mentioned, regards for putting up.

I like this web blog very much so much superb info.

I want assembling utile info, this post has got me even more info!

Hey would you mind letting me know which web host you’re using?
I’ve loaded your blog in 3 different web
browsers and I must say this blog loads a lot quicker then most.
Can you suggest a good hosting provider at a honest price?
Cheers, I appreciate it!