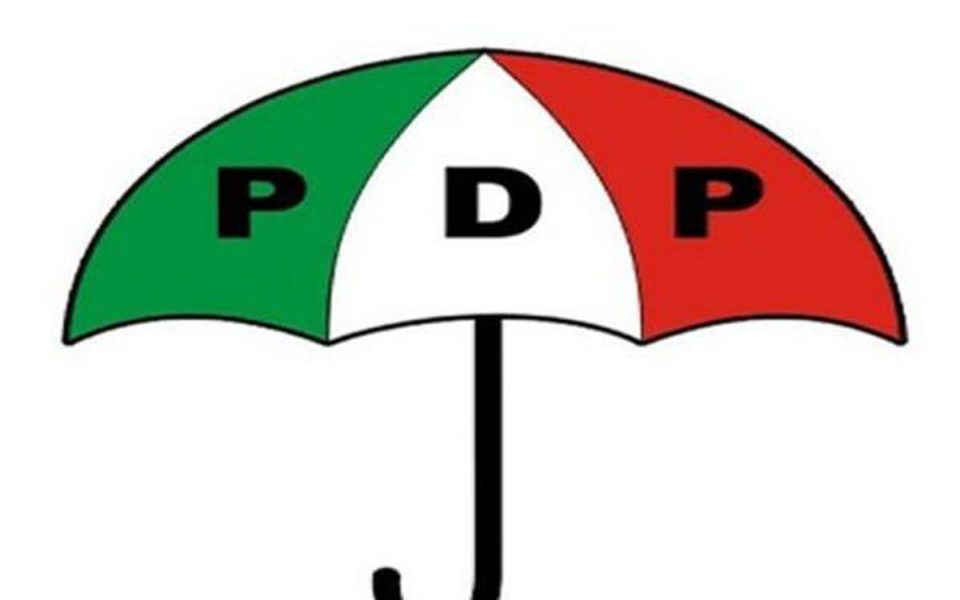 All things being equal, the leadership of the Peoples Democratic Party (PDP) is filing for a review of the Tuesday, January 14, Supreme Court judgment that nullified the election of its candidate, Emeka Ihedioiha, as the governor of Imo State, before the end of this week.

The Supreme Court had penultimate Tuesday, January 14, sacked Ihedioha as governor of Imo State and ordered the swearing-in of the All Progressives Congress (APC) candidate, Senator Hope Uzodinma, a judgment that had since attracted the ire of the observing public. .

But the decision to formally seek a review of the case, received the approval of the National Executive Committee (NEC) of PDP at its meeting last week.

To that extent, some of the constitutional lawyers engaged by the PDP to formally present the party’s request for a review of the Supreme Court judgment, further gleaned, had been putting final touches to the petition.

In another breath, the leadership of the party is currently seeking a consensus candidate to chair the forum of its governors, which is considered a straight fight between the Sokoto State Governor, Aminu Tambuwal and his Benue State counterpart, Samuel Ortom.

And barring any last minute changes, there’s the likelihood that the new chairman of the PDP governors’ forum might emerge today as the race to replace outgoing chairman and Governor of Bayelsa State, Seriake Dickson, heightens.

A PDP source that confided  hinted that the party had assembled a group of lawyers across the country that are considered the brightest in constitutional issues to break down the verdict of the Supreme Court and exposed its failings.

This, the source said, was one of the directives of the NEC that all constitutional means must be taken to seek a review and ensure justice for the sake of posterity.

Asked if it was possible for the apex court to review itself, the source immediately referred to the case of Adegoke Motors Ltd. v. Adesanya, [1989] 13 NWLR (Pt.109) 250 at page 275A, where a former Justice of the Supreme Court, Justice Chukwudifu Oputa, who delivered the lead judgment, noted thus:

“Similarly, the Court can do incalculable harm through its mistakes. When, therefore, it appears to learned counsel that any decision of this Court has been given per incuriam, such counsel should have the boldness and courage to ask that such a decision be overruled. This Court has the power to overrule itself (and has done so in the past) for it gladly accepts that it is far better to admit an error than to persevere in error.”

The PDP source said the lawyers have been briefed and were expected to brief the members of the National Working Committee (NWC) of the party too any moment from now to ensure that the party’s petition for a review of the Supreme Court decision is submitted latest by Friday (last week) or early next week.

According to the source, “After the NEC meeting last Friday, a lot of actions to be taken were lined up. The first was a solidarity visit to the ousted governor and this was followed up with the peaceful protest that took place Monday.

“We are in the third stage, which I can describe as the legal fireworks. A group of brilliant lawyers well grounded in constitutional issues were engaged and all things being equal, the team of lawyers will brief us and go on to submit the petition to the Chief Justice of Nigeria.”

The source explained that the PDP was not taking the Supreme Court judgment lightly, because “We believe that as mortal beings, there is an error in the judgment of the justices of the apex court and we shall approach the Supreme Court.

“We are not insulting or abusing the justices of the Supreme Court. No! We are simply saying, please take a second look at what you have done in view of the dictated errors. There is a case of the judgment based on more than registered votes in the state.

“We shall be asking the Supreme Court to review the verdict in view of what it said in the Atiku presidential petition against President Muhammadu Buhari, wherein the apex court said all the witnesses in the polling stations must account for what happened in their respective polling stations.

“In this instant case, not up to ten per cent of the witnesses of 388 polling stations were recorded. So, basically, we asking the Supreme Court to be courageous and take a second look by reviewing the judgment again. This is the essence of the petition to review.”

Reading out part of the judgment, where the apex court quoted Justice Abba-Aji, it held that the Supreme Court had “loudly” held on various occasions that “documents cannot be dumped on the court.

“It is not the duty of the court to sift through documents tendered by parties, which have not been demonstrated in the open court. It is also not the duty of the court to sort out the various documents, the figures and do the calculations in chambers to arrive at a figure given in a final judgment especially, in an election petition challenging the number of various votes polled by the candidate declared and returned as winner of the election.”

Astounded by these differing stances, the source asked: “Why did this same Supreme Court allocate votes to Uzodinma of the APC in Imo state and declared him winner?”

According to him, other grounds of review would include that, “Hope Uzodinma was not APC candidate and was not a candidate of any party in the 9th March Governorship election in Imo State based on the judgment of the same Supreme Court on 20th December 2019.

“Uche Nwosu was declared as the rightful candidate of APC and AA. That APC couldn’t have produced two candidates in one election. That Supreme Court has no powers to allocate votes to any candidate or the power to increase the number of people accredited by INEC.

“That votes tabulated by the Supreme Court were more than votes cast during the election,” noting that the petition would be served to all members of the 7-man panel, comprising Justices Ibrahim Tanko Muhammad, Nwali Sylvester Ngwuta, Olukayode Ariwoola, K.M.O. Kekere-Ekun, Amiru Sanusi, Amina Adamu Augie and Justice Uwani Abba-Aji, but directed to the Chief Justice of Nigeria, Mohammad.

Meanwhile, the party leadership is seriously considering the possibility of arriving at a consensus candidate for the office of the chairman of the PDP Governors’ Forum, even as some governors have already begun to lobby for the emergence of Tambuwal.

According to an insider, the PDP was considering a consensus candidate especially, in the person of the Sokoto governor because of an emerging concern that an election could divide the forum and by extension affect the party.

However, from all indications, the new chairman of the PDP governors forum, is likely today before the PDP National Executive Committee (NEC) meeting scheduled for tomorrow, Monday. Dickson who is currently Chairman of the forum ceases to be governor by february 3rd.

Thus, while some PDP governors were allegedly lobbying for Tambuwal, it was also gathered that other governors had been asking his Benue State counterpart, Ortom, to back down as the North Central zone, in the person of Senator Bukola Saraki had occupied the office before.

Those backing Tambawal believe he has strong leadership qualities and characters that could not be easily be manipulated, but reckoned that his closest rival, Ortom might not concentrate well on the job, because of the herdsmen crisis ravaging the state.

Immediately after the tenure of former Akwa Ibom State governor, Godswill Akpabio, who was the pioneer chairman of the forum as a South-south candidate, Olusegun Mimiko, former governor of Ondo State, from Southwest took over at the party’s governors’ forum.

After his exit, former Ekiti State governor, Ayo Fayose, also from Southwest, stepped in, before Ibrahim Dankwambo, former Gombe State governor of North East took over and then, back to the South-south through the Bayelsa State governor, Seriake Dickson.

With the breakdown of rotation so far, the North Central, North West and Southeast are the three zones that have yet to enjoy the chairmanship of the Forum.

Tambawal, it is believed, looks good to clinch the position, because of his leadership qualities. He was Speaker of the House of Representatives for four years and was believed to have given the Green Chambers its true identity of productivity and independence.

A second term governor, Tambuwal decisively won his re-election at the Supreme Court, last Monday. Therefore, the PDP governors backing Tambawal believe that he has the capacity to give the governors of the party leadership and direction.

THISDAY gathered that the South-south governors of PDP are clamouring for a consensus candidate in Tambawal, in order to use his chairmanship to give PDP a sense of direction.

Tambuwal, as the Deputy Chairman of Nigeria Governors Forum, the overall body of the 36 states governors across party lines, the governors believe, stand in a better place to give them a sense of belonging at NGF.

Most PDP governors argue that Ortom would be too preoccupied with herdsmen crisis to galvanise other governors and it was for the same reason, that the Taraba State Governor, Darius Ishaku, allegedly stepped down for Tambawal.

Uk provides $78m for youth empowerment against terrorism in Nigeria