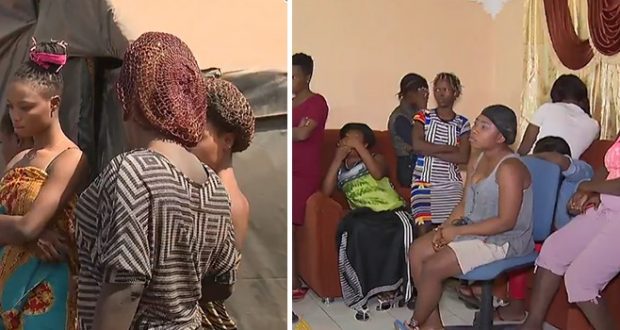 That there is an urgent need for a collective action against human trafficking and illegal migration cannot be overstated. The challenge is assuming a dangerous dimension given recent efforts by the federal and Kwara State governments in the rescue of our national who was trafficked to Lebanon under the guise of working as a teacher. Lebanon has emerged as the new destination for human traffickers as many desperate Nigerians seeking “greener” pasture are increasingly shipped there. The victims end up as sex slaves.

The sheer magnitude and sophistication of this human merchandising indicate that for any meaningful breakthrough to be achieved in the efforts to arrest it, collaborative attempts must be made by governments, non-governmental organisations, corporate bodies and influential individuals. Critical stakeholders can no longer continue to watch from the sidelines while unscrupulous people classify fellow human beings as commodities and exploit their ignorance and sometimes, greed.

At the beginning this year, it was reported that no fewer than 4,500 Nigerian girls within the age bracket of 18 and 30 years were lured to Lebanon in 2019 by recruiting agents who gave the false impression of getting them decent jobs. About 1,000 of the girls reportedly had been rescued with the help of the federal government. The outcry against human trafficking was boosted following the ordeal of Ms Omolola Ajayi, a single mother who was sold off to slavery in the Middle East country with the promise of a decent work offer. Her passport was confiscated while her Lebanese employer allegedly made overt attempt to defile her.

The Kwara State government should be lauded for its prompt intervention in this incident which led to the arrest of three suspects who were directly connected to the crime- two Nigerians and a Lebanese. This discreet effort was a groundswell that fast-tracked her rescue from the claws of her captors in Beirut, and handed over to federal agencies in charge of human trafficking. But the National Agency for the Prohibition of Trafficking in Persons (NANTIP) and the Police can do more by clamping on the recruiting agencies as a way of ending this perennial problem.

Human trafficking is an affront against humanity and on our pride as a people. It is also a grave infraction on human rights, often aimed at exploiting other people by force and deception. At the root of human trafficking in Nigeria is endemic poverty – a veritable tool in the hands of traffickers to lure their victims with promises of improved living either in some cities within the country or abroad. The dysfunctional economic conditions that impact negatively on majority of our young people is fuelling illegal migration and responsible for hundreds of trafficked girls. Unfortunately, migration is never the ticket that will unlock the proverbial Golden Fleece. On the contrary, it exposes the migrants to all manner of risks and harm from the people traffickers and bandits.

We therefore challenge the government at all levels to address the prevalent poverty ravaging the land and offer meaningful hope of livelihood to frustrated young Nigerian men and women who are often victims of trafficking. We also task NAPTIP to embark on massive enlightenment campaigns against trafficking, particularly in rural areas of the country where this scourge has become prevalent. Parents must be involved in this exercise. Above all, the security agencies must remain vigilant at the borders, airports and seaports. With its abundant resources, Nigeria must not continue to live with this international shame that degrades the dignity of our people.

US visa restriction – The Nation