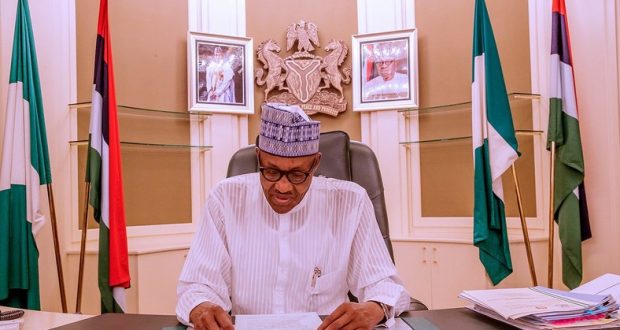 Factual and precise in its submissions, a major multilateral institution has delivered a bleak outlook on the Nigerian economy. In a damning verdict, the African Development Bank notes that Africa’s largest economy will not make much improvement this year. Instead, the continent’s premier financial institution warns that some sectors of the economy are likely to remain in dire straits as in the preceding years, which were plagued by low growth, poverty and fluctuating income receipts. To ward off this headwind, the President, Major-General Muhammadu Buhari (retd.), and his economic team have to redouble their efforts and implement concrete strategies.

The AfDB’s “Africa Economic Outlook 2020” details the well-known afflictions of the continent’s economy. Meticulously, it dissects the ills of the Nigerian economy, for both the federal and state governments. In half or more than 18 of the 36 sub-national governments, the poverty rate is worse than the national average of 69 per cent, the report avers. This is not surprising despite the country being the ninth largest crude oil exporter in the world.

Nigeria became the global capital of extreme poverty two years ago, with about 94 million of its population surviving on $1.50 per day. Sadly, with a dysfunctional economic model that is bereft of sound management, things might not fare better. “High poverty reflects rising unemployment, estimated at 23.1 per cent in 2018, up from 14.2 per cent in 2016. Low skills limit opportunities for employment in the formal economy,” the AfDB report says. That is mortifying.

For the teeming youth, it consolidates the bad news. At that stratum, unemployment/underemployment is 55.4 per cent, says the National Bureau of Statistics. Annually, the education system injects millions more young people into the labour market with a faint hope that a significant percentage of them will be employed.

The Federal Government holds on tightly to the commanding heights of the economy, unscientifically assuming that it can generate all the jobs. In a telling instance this year, 376,631 people applied for 220 vacant positions as the Independent Corrupt Practices and Other Related Offences Commission decided to recruit. Government’s best – palliatives like N-Power and TraderMoni – fall significantly short of ameliorating the devastating joblessness.

Noting that just three sectors – transport, oil and ICT – grew somewhat in 2019, the AfDB states that the Federal Government spent more than 50 per cent of federally-collected revenue on debt servicing in 2019. In one example, the Debt Management Office said debt servicing gulped $1.08 billion or N400.9 billion in the nine months to September 2019. Obviously, a high percentage of the remaining income went to servicing its huge recurrent expenditure that was N4.05 trillion that year.

Agriculture, which boosted the economy with 23.08 per cent to GDP in fourth quarter 2018, suffered a setback in 2019 because of flooding, the Boko Haram menace and the herdsmen attacks on farmers. Manufacturing fared badly, having no credit line to boost production or improve its contribution to GDP, which was 1.1 per cent in 2018; inflation averaged 11.3 per cent. Consequently, a GDP growth projection of 2.3 per cent for 2019 was just marginally higher than that of 2018’s 1.9 per cent.

Besides, as of June 2019, the country’s debt profile stood at $83.9 billion. That is 14.6 per cent higher than its 2018 level. This debt jumped to 20.1 per cent of the GDP, up from 17.5 per cent in 2018. The domestic component is far higher at $56.7 billion than the external public debt of $27.2 billion. Subject to parliamentary approval, the Federal Government is about to negotiate another $22.7 billion loan and raid the pension funds for N2 trillion. China will provide $17 billion of that staggering sum. At a time, it is paying highly to service the existing debts and its main source of income, oil, is unpredictable, the economy might yet remain sluggish.

In addition, a fiscal debacle is in the offing. Revenue is less than seven per cent to GDP at the federal level, but the authorities, after a prolonged agitation, have just negotiated to increase the national minimum wage to N30,000 monthly from N18,000. Oil prices are unstable, and no diversified sources to fund this. To defend the naira, the Central Bank of Nigeria depleted the foreign reserves by $4.47 billion in 2019. It means weak buffers. With less income for the three tiers of government, which largely comes from oil exports, there are risks ahead. Consequently, at the state level, perhaps only Lagos and oil-rich Rivers states can meet their financial commitments. Before the minimum wage upgrade, more than 26 states owed salaries.

In all this, the major response seems to be the Finance Act 2019. Its principal pegs are the increase in VAT from five to 7.5 per cent and more tax revenue. Yet, the absence of a radical consciousness to transform the economy from its statist bent, one that relies unwholesomely on sharing oil revenues, is a major obstacle. Combined with the absence of fiscal federalism, the peril ahead is real.

Therefore, the states must be liberated from the shackles of the Federal Government and become independent economic units. They do not need to wait for the pittance at the end of the month from the centre. Fiscal federalism is the distinguishing mark of every federal state. In the United States, California State, the world’s sixth largest economy, does not exist at the mercy of the federal government in Washington DC, but makes giant strides as an independent federating unit.

In the short term, the regime should revive its economic management team. Refined petroleum imports are a massive drain on the economy. Instantaneously, it should privatise the loss-making refineries and produce a timeline to stop imports. It should take a hard decision about the railway sector: the private sector drives it in other economies. Nigeria should not be different. Instead of pouring scarce resources into it and the Ajaokuta Steel Company, the government should put them in private hands. This will achieve the threefold purpose of bringing in FDI, rebooting manufacturing and creating jobs.

Currently, there is a logjam in the power sector. Africa’s largest economy produces below 5,000 megawatts of electricity. That is abysmal. Buhari has been aloof in reworking the power sector; he should revisit the crisis and personally intervene for there is no economy that can grow without a robust and cost-effective power sector.

Government has to intensify reforms and undertake a critical review of the executive orders it issued to jump-start the economy. With manual equipment in use, operations have collapsed at the seaports in Lagos, causing revenue loss of over N80 billion since a system breakdown early this year. This should not continue. Scanners and proper technology should be acquired and the necessary haulage infrastructure constructed. The Buhari regime should roll back red tape that burdens and stifles economic growth.