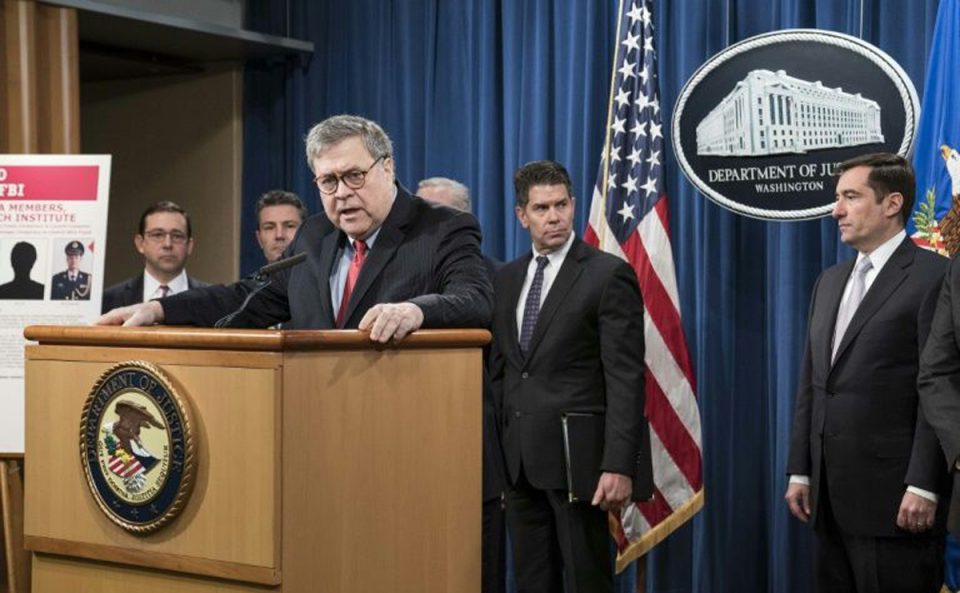 The United States has indicted four Chinese military officers for allegedly hacking into the computer systems of credit-reporting agency, Equifax.

Attorney-General Mr William Barr, who announced the indictment in Washington on Monday, described the hacking, which occurred in 2017, as the “largest data breaches in history’’.

Barr identified the suspects as Wang Qian, Wu Zhiyong, Xu Ke, and Liu Lei all members of the Chinese People’s Liberation Army (PLA), according to him.

He said the nine-count indictment, handed down by a grand jury in Atlanta, accused the quartet of conspiring to hack Equifax’s computer systems and committing economic espionage

He said Equifax’s “hard-earned intellectual property’’ was also stolen, adding that the scale of the theft was staggering.

“This theft not only caused significant financial damage to Equifax, but invaded the privacy of many millions of Americans.

“It imposed substantial costs and burdens on them as they have had to take measures to protect against identity theft,’’ he said.

The attorney general said investigations into the incident revealed “a pattern of state-sponsored computer intrusions and thefts by China targeting trade secrets and confidential business information’’.

Barr further alleged that the hacks were carried out by group known as APT 10, working with the Chinese Ministry of State Security, or MSS.

He said hacks by APT 10 target managed service providers and their clients worldwide across industries.

“There were hacks by MSS intelligence officers who sought to steal intellectual property related to turbofan engines by using both insiders and computer operations;

“Hacks by PLA officers who targeted victims in the nuclear power, metals, and solar products industries for the economic benefit of Chinese companies.

“Indeed, about 80 per cent of our economic espionage prosecutions have implicated the Chinese government.

“And about 60 percent of all trade secret theft cases in recent years involved some connection to China,’’ he alleged.