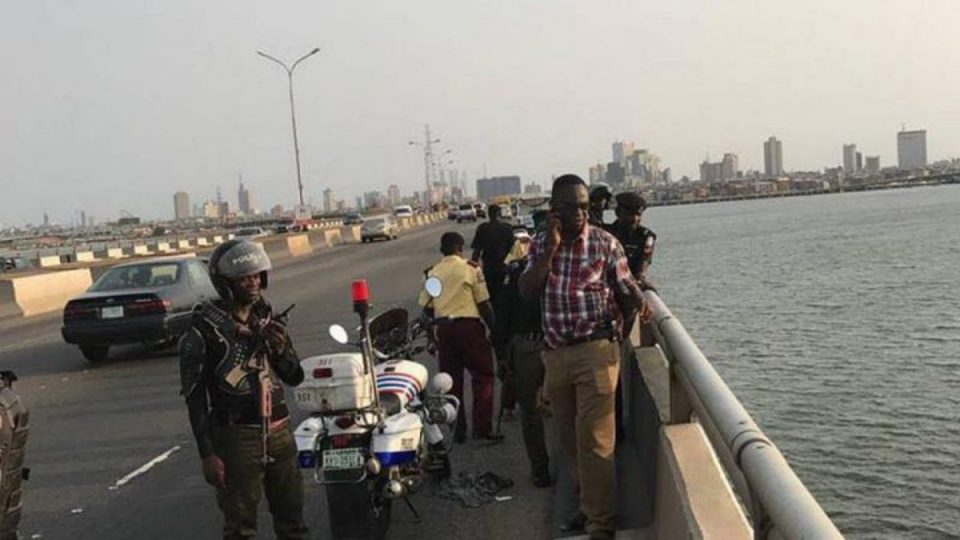 A yet to be identified man, identified as an Uber driver, on Saturday, plunged into the lagoon from the Third Mainland bridge in Lagos state, a phenomenon which became rampant some years ago, when it was almost a weekly occurrence.

The man, reportedly alighted from the hired vehicle after telling the driver that to stop for him to ease himself, as he was pressed by nature, only for him to take a plunge into the water immediately.

Nosa Okunbor, spokesman of the the Lagos State Emergency Management Agency (LASEMA), who confirmed the incident, said officials of the agency are currently making efforts to rescue the victim.

“He should be in his mid-twenties. He ordered a car-hailing service from Gbagada to the Island. He deceived the UBER driver that he had a running stomach after which he jumped into the lagoon,” Okunbor said.

“As I speak with you, the marine unit of the Lagos central zone has been searching for the victim since 11:30am, but we have not found the body.”

The incident of suicide on the bridge linking Lagos mainland to the Island has become a recurrent happening in the state.

In January, officers of the Rapid Response Squad (RRS) on patrol on the bridge prevented a man from jumping into the lagoon in a suicide attempt.

The man was taken to the Adekunle Police Station for investigation.

In 2018, a driver attached to the Federal Radio Corporation of Nigeria (FRCN) committed suicide after jumping into the Lagoon from the bridge.

He was said to have pretended that he wanted to urinate after he alighted from a commercial bus and plunged into the water.

A year before that, a medical doctor identified as Alwell Orji, also dived into the water and his corpse was recovered days later.

Man Beats Deaconess Wife To Death In Lagos Over sex