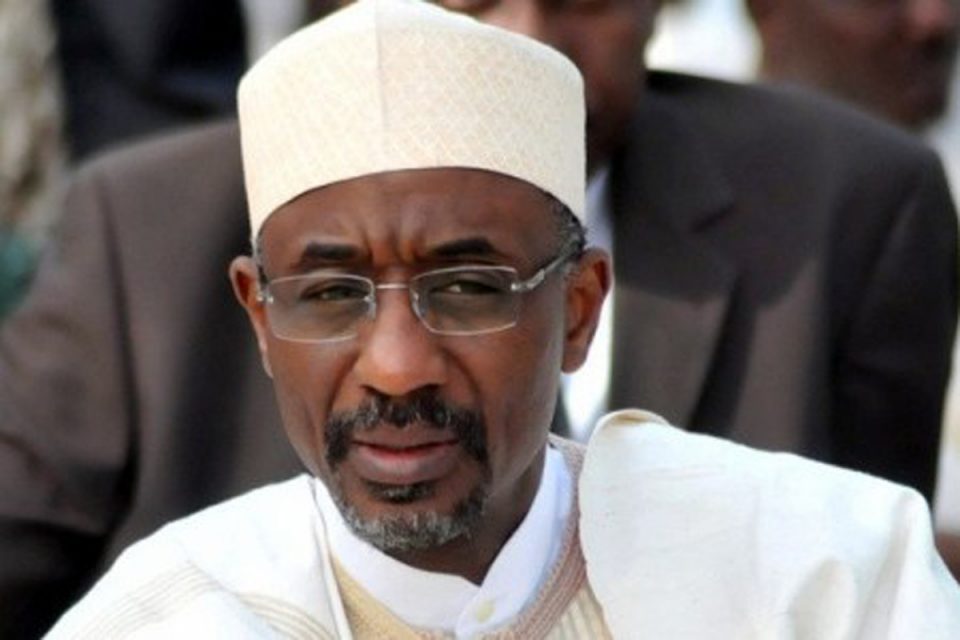 The deposed Emir of Kano, Muhammadu Sanusi, on Thursday instituted a suit before the Federal High Court in Abuja seeking an order for his release from the post-dethronement detention and confinement.

The PUNCH learnt late on Thursday that former Emir’s preliminary ex parte application seeking an interim order for his release had  been assigned to Justice Anwuli Chikere.

Barring any last-minute development, the judge will hear the ex parte application on Friday, our correspondent learnt.

On Monday, the dethroned monarch  was  banished to Loko, a remote location in Nasarawa State. On Tuesday,  he was  relocated  to Awe, where he is currently being detained in a guest house.

But Sanusi’s  team of lawyers led by Lateef Fagbemi (SAN) on Thursday filed a suit marked FHC/ABJ/CS/357/2020 before the Federal High Court in Abuja to challenge his banishment and continued detention in Awe by security agencies.

In the application, which is a prelude to the main suit, the deposed monarch  specifically prayed for an interim order for the restoration of his rights to human dignity, personal liberty, freedom of association, and movement around Nigeria, apart from Kano State, pending the hearing and determination of his main suit.

“An interim order of this honourable court releasing the applicant from the detention and or confinement of the respondents and restoring the applicant’s rights to human dignity, personal liberty, freedom of association and movement in Nigeria, (apart from Kano State) pending the hearing and determination of the applicant’s originating summons,” the prayer read in part.

Alleging a breach of their client’s rights provided under sections 34,35, 40, 41 and 46 of the Nigerian Constitution, Sanusi’s legal team comprising 12 Senior Advocates of Nigeria, contended, “the applicant’s fundamental right to life, human dignity, personal liberty and movement are seriously under challenge and continually being breached by the respondents.”

In addition to the interim order, the lawyers sought an order granting leave to the applicant to serve the order to be issued by the court and the main suit on the four respondents through substituted means.

His grounds for the application are, “The applicant’s originating motion and all other processes were filed on March 12, 2020.

“Considering the status of the respondents, it would be difficult to effect personal service on the first second and third respondents (IGP, DG of DSS), unless  this application is granted.

“First, second and third respondents will have knowledge of the originating motion for the enforcement of the applicant’s fundamental right, if they are served by substituted means as stated on the motion paper.

“There is an urgent need to grant this application so that service can be promptly effected on the first, second and third respondents.

“Applicant’s fundamental rights to life, human dignity, personal liberty and movement are seriously under challenge and continually being breached by the respondents.”

One of our correspondents reported that the Nasarawa State Governor, Abdullahi Sule and some traditional rulers in the state met with Sanusi on Thursday evening in Awe.

The governor, who  arrived at 5pm  with the Emir of Lafia, Justice Sidi Dauda Bage, met with the former Kano monarch.

Our correspondent gathered that the governor alongside Bage and the Emir of Awe, Alhaji Isa Umar II, spent about one hour with Sanusi. The visitors were said to have left Sanusi’s residence by 6:15 pm. An aide to the governor confirmed the visit to The PUNCH.

Some of the security chiefs in the governor’s convoy were the state Commissioner of Police, Mr Bola Longe;   representatives of 177 Guard Battalion from Shittu Alao Barracks, Keffi; the Department of State Services and the Nigeria Security and Civil Defence Corps.

Some family members of deposed monarch also visited him.

There were reports earlier on Thursday that the Kaduna State Governor, Mallam Nasir El-Rufai, would visit the deposed monarch in Awe after a meeting of the power sector reform committee in Abuja.

But an aide to the governor, who spoke on condition of anonymity, said El-Rufai did not go to Awe again. “He did not go there because the meeting (power sector reform committee meeting) did not end on time.”

UNIZIK defers award for dethroned Sanusi in a related development,  the Nnamdi Azikiwe University, Awka, Anambra State, on Thursday deferred the award of a doctorate earlier approved  for the deposed Emir of Kano.