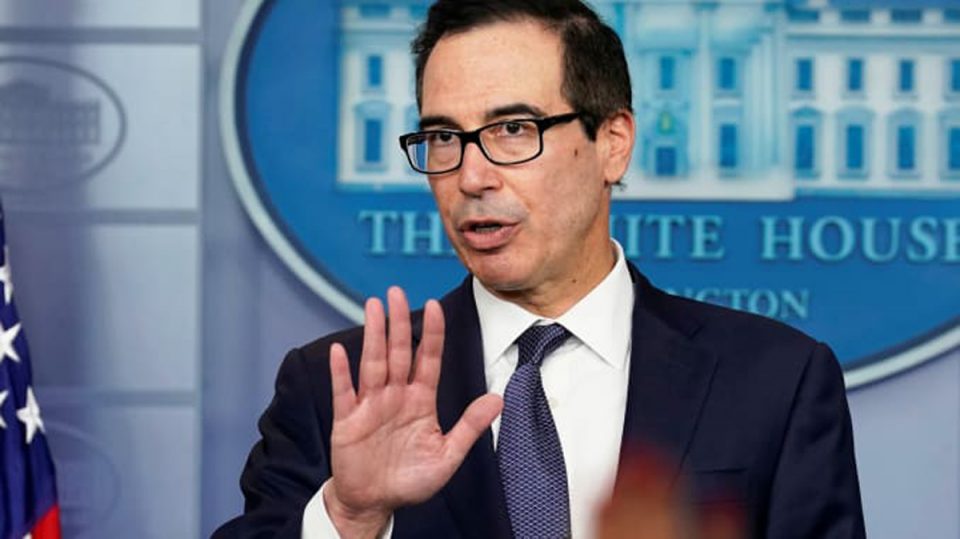 U.S. Treasury Secretary Steven Mnuchin on Monday called on the Senate to quickly pass a massive economic relief bill to support small businesses, workers and industries such as U.S. airlines amid the coronavirus outbreak.

While some details were still being hammered out, he urged the U.S. Senate to pass the measure later on Monday, saying people and business could get cash within the next two to three weeks and pleading with companies to hold on and not fire their workers.

The proposed plan would offer government loans for small companies of 500 employees or less to pay two months of salaries and forgive the debt if they rehire the workers later, Mnuchin said.

“Because we are providing you necessary liquidity, and we’re going to get that money out fast,” he said.

A provision to assist domestic airlines was still being negotiated, Mnuchin said, adding that the measure was not a bailout for big corporations: “It is not a slush fund.”

“I think we’re very close. We need to get this done today,” he said.