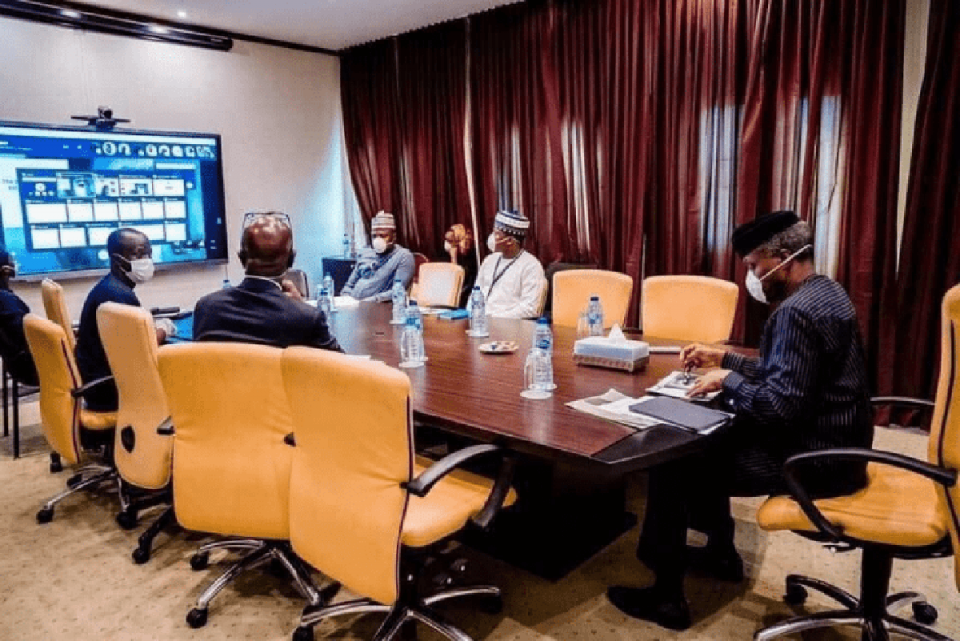 Vice President Yemi Osinbajo is currently in self-isolation following the positive result of the test carried out on the Chief of Staff to the President, Mallam Abba Kyari, by the National Centre for Disease Control.

THISDAY was also informed that some presidential villa officials were currently in isolation because they had contact with Chief of Staff.

A source in the presidential villa told THISDAY on Tuesday that the vice president, as a precautionary, measure went into self-isolation Monday night immediately he was informed of Kyari’s test result.

THISDAY had exclusively reported on Tuesday that President Buhari tested negative for the coronavirus after a test was carried out by the National Centre for Disease Control following the positive status of his chief of staff.

The source however said Osinbajo had yet to take COVID-19 test.

There are however reports that three staff of the presidency may have tested positive. THISDAY gathered that the Minister of Health, Osagie Ehanire, will brief the press on the the categories of presidential officials in isolation.

Activities were low key in the Villa while State House staff and presidential aides were in sober mood.

There were also concerns on people’s faces as nobody seemed to know who would be the next victim.

Some staff and appointees wore face masks with almost everyone cuddling the hand sanitizer.

Added to the mood was the transfer of the Permanent Secretary, State House, Mr. Jalal Arabi, out of the Villa to the Ministry of Humanitarian Affairs.

Also the number of State House correspondents in the Villa has been pruned from over 100 to only 13.

A circular released by Deputy Director, Information, Mr. Attah Esa, said the pruning was done in accordance with the directive to reduce the number of people gathering anywhere to 50.

We may step on toes- says Adamawa Governor-elect