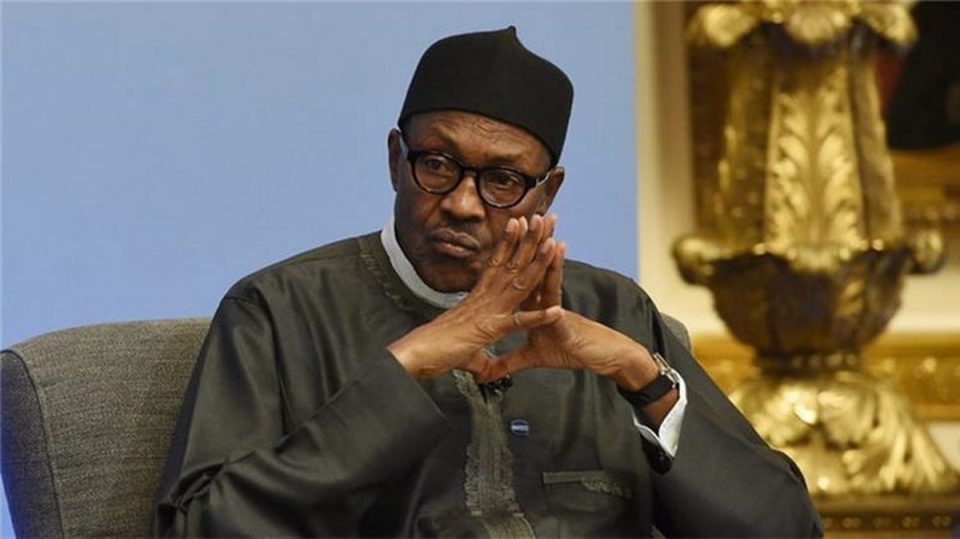 The President, Major General Muhammadu Buhari (retd.), will today (Friday) meet with the Presidential Task Force on COVID-19 over the lockdown imposed on the Federal Capital Territory, Lagos and Ogun states.

The PUNCH gathered that the task force would brief the President on the war against COVID-19 and the possibility of extending the two-week lockdown in the FCT, Ogun and Lagos states as well as including other parts of the country.

Two top government officials confirmed to The PUNCH on Thursday that the task force would brief the President on Friday (today).

But at a meeting with the National Assembly leaders on Thursday, the task force said it had gathered data to enforce “lockdown of parts or all of the states” in the country.

One of the officials, who confirmed the President’s meeting with the task force, told one of our correspondents that reports and recommendations were still being awaited from some state governors as of Thursday evening.

He said, “The President was supposed to be briefed this evening (Thursday evening), but we had to delay because we are waiting for reports and recommendations from some affected states. All things being equal, the President will be briefed on Friday and will take necessary actions.”

“What this means is that there is a likelihood of extension, but it will be done only after due consultation with the states.”

However, a senior official of an isolation centre in Abuja told one of our correspondents that a recommendation had been made for an extension.

The source said the move had become necessary because of a suspected community spread.

The doctor, who wished to remain anonymous, said some persons, who tested positive for coronavirus, had not travelled before.

He said, “We in the FCT have recommended an extension of the lockdown because we believe we are now facing a community spread. For instance, one of the people who tested positive is a cook that has never travelled before.

“The cook’s boss recently returned from outside the country, but the boss tested negative. So, where did the cook get it from? We are also working on a report by the World Health Organisation that COVID-19 can be spread through currency.

“We have submitted our report to the case management team, which will in turn submit a report to the emergency operational committee for final submission to the presidential task force. However, we did not state in the report how many days should be added to the lockdown. We don’t know if our recommendation will be accepted.”

It was also gathered that the lockdown might be extended to all parts of the country to enable health workers conduct more tests and fish out people who had contracted the virus.

“More states are recording COVID-19 cases. We may also consider the possibility of making the lockdown nationwide, at least for a week. We cannot rule out the fact that there is COVID-19 in states that have not recorded any case,” another official told The PUNCH.

The President, had in a nationwide broadcast on March 29, ordered lockdown of the FCT, Lagos and Ogun states for two weeks beginning from 11pm on March 30.

According to him, the lockdown will enable government to trace and treat those who have contracted the virus.

More than a week that the lockdown began in Lagos State and the FCT, COVID-19 cases in the country has jumped from 111 to 290, with the virus spreading to 16 states.

Presidential Task Force on COVID-19 in Lagos on Tuesday said before the end of this week, it would submit its report to Buhari, who would decide on the lockdown.

Besides the FCT, Lagos, and Ogun states where the President had ordered lockdown, some states including Osun, Kwara, Plateau and Rivers had also taken a similar action.

We have collected data for possible lockdown in all states – PTF

During the meeting with the National Assembly leaders, the Chairman of the Presidential Task Force, Boss Mustapha, said the PTF had collected necessary data on measures including lockdown in all states.

He stated, “There is acquisition of intelligence data to guide implementation of control measures such as may emanate from restrictions and or lockdowns of parts or all of the states.”

The PTF chairman noted that Nigeria had increased the number of molecular laboratories from five to nine, which would rise to 11 on Friday (today).

Mustapha said there was mobilisation of resources at the states and local government areas in preparation for the possible spread of the coronavirus to communities.

According to him, strategies adopted by the PTF in conjunction with the states, include testing, detection, isolation, contact tracing and management.

Mustapha also said, “For transparency and accountability, the PTF will not be directly involved in the collection and disbursement of the cash donations for COVID-19. The Accountant General of the Federation has already published the account details for collection through some commercial banks and also provided the modalities for its utilisation. All the main COVID-19 accounts shall be domiciled in the Central Bank of Nigeria. However, all non-cash donations shall be duly received by the PTF, acknowledged, documented and appropriately deployed.

“The COVID-19 pandemic has stolen both our health and our wealth. The impact of this is not only on the national economy, but on the poor, the aged, the sick and the vulnerable. Out of concern for these categories of persons, the President has approved a stimulus of over N500bn and the employment of 774,000 Nigerians.”

The President of the Senate, Lawan, advised the PTF to work on the harmonisation of the funds contributed by organisations and individuals to combat the coronavirus, noting that there must be an effective service delivery to Nigerians.

Kwara orders lockdown in all LGS Kwara State Government on Thursday ordered total lockdown in all parts of the state as from Friday in a bid to control the spread of COVID-19.

The state had on Tuesday imposed lockdown on Offa following the death of a COVID-19 patient, Muideen Obanimomo, at the University of Ilorin Teaching Hospital last week.

The patient was buried in Offa.

At a press conference in Ilorin, state Deputy Governor and Chairman of Technical Committee on COVID-19, Mr Kayode Alabi, who announced the lockdown, said violators of the order would prosecuted.

Alabi said, “Total restriction of movements of the people and vehicles including private cars is to be effected in all local government areas of the state with effect from 6pm on Friday, April 10,2020.

“The vehicles exempted from this order are vehicles carrying goods and services such as food and drugs and categories earlier exempted in a recent address by President Muhammadu Buhari.”

Stakeholders in Sokoto State at a meeting on Thursday agreed to extend the ban on inter-state movements by another two weeks to check pandemic coronavirus.

The first ban, which started on March 27, will end at midnight on Friday.

The stakeholders’ meeting was attended by the state Governor, Aminu Tambuwal an the Sultan of Sokoto, Alhaji Saad Abubakar.

The state Commissioner of Health, Dr Ali Inname, who briefed journalists after the meeting, said the state government, directed workers at grade level 12 and below to work from home during the extension.

On his part, the Sultan of Sokoto advised the state government to do the needful, should partial lockdown become necessary.

According to him, government should ensure that there is a lot of food, particularly during the month of Ramadan that is fast approaching.

Ogun State Government said it was awaiting the approval of the Nigeria Centre for Disease Control to begin the mobile testing for COVID-19 in the state .

The Commissioner for Health, Dr Tomi Coker, disclosed this on Thursday, in a telephone interview with The PUNCH.

She said “We hope to start soon after the NCDC accreditation. The mobile application is an assessment tool for the individual members of the public on the basic symptoms of coronavirus. It can be downloaded on Google play store. The App is not for diagnostic purpose.

“Responses are monitored on a dashboard at the ministry of health which will flag high risk individuals as red. Such individuals will be promptly followed up by the state epidemiologist.”

Coker said the the mobile testing would cover between 50 and 100 people per day .

She said the tests for the two new cases in the state were conducted in Lagos, adding that the NCDC would soon include them in its list.