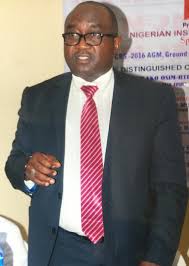 The Nigerian Institute of Public Relations (NIPR)  has said that it  has been partnering with sister organisations within and outside the nation to gauge public opinion and perception in evaluating the efforts of government agencies involved in the management of the COVID-19 pandemic in our nation.

the President/ Chairman, of the Governing Council said in a pres statement on Thursday that “This has helped our professional peer review initiative with similar efforts across the world”

He noted, “Particularly, we will like to commend the efforts of the Presidential Task Force (PTF) put in place by the federal government, with the very supportive roles being played by the Federal Ministry of Health, and the National Centre for Disease Control (NCDC) peopled by our own indefatigable medical personnel and care givers, as well as the various state governments, groups/associations, and corporate organizations that have played prominent roles in lending hands of support and succor to both the government and the citizens.”

According to Sirajo, “The general perception is that if synergy is improved upon and the efforts more carefully coordinated, Nigeria will yet again rise to this occasion, as was done during the Ebola outbreak.

“We however observe that the relative success so far recorded would have been even greater had certain strategic moves been made to engage other critical stakeholders in constituting the Task Force so that they can avail the nation of their professional expertise in some aspects of handling the situation.

The medical dimension of the Covid-19 is no doubt, the spindle around which the wheel revolves, but the pandemic is also a crisis of monumental proportions. Strategic crisis communication is therefore also important as handling the situation requires not only public enlightenment but also the crafting of appropriate messages for it, networking with other stakeholders as well as analysis of pros and cons of measures to be taken as they affect segments of the society.

“This brings us to the issue of the deep concerns being expressed by Nigerians, including, crucially, the Nigerian Medical Association (NMA), on the involvement of Chinese citizens, albeit their medical professionals, in handling the pandemic situation in Nigeria. Apart from causing possible professional friction in managing the situation, which the nation can ill afford at this time, information already being circulated, be it fake or real, points to a perceived doubt of the altruism of a Chinese involvement in the fight against the pandemic. We hasten to add that, had strategic communication being deployed, before accepting the Chinese offer, the country might not have been in this somewhat embarrassing situation. In our considered opinion, taking a strategic stakeholder like the NMA into confidence through regular consultations would have enriched the initiative and provided professional expertise to accommodate the peculiarities of our reality.

He added that, “With the WHO commendation of Nigeria’s effective efforts at curbing the pandemic, what our doctors need among others, is some encouragement and a boost at this crucial time and not a move that would seem to demoralise them. Our reputation as a nation and as a people as well as our territorial integrity, is at stake; we must therefore guard against mortgaging it for anything

“To this end, we advise the Federal Government to once more review its position and carefully handle the matter in a way that reassures the citizens of its full understanding of the situation, while at the same time upholding the existing cordial relationship between Nigeria and China.

“At a time like this, what matters to every nation, is the defence of its integrity and the interest of its citizens. This is what we believe to be uppermost in the mind of the Federal Government in handling the COVID-19 and any other ancillary issues arising; and to that extent, the NIPR will continue to support the initiatives of both the federal and state governments, as well as other concerned organisations involved in providing genuine sustainable solutions. It was to support government as well as underscore the gravity of the situation that we got into, that the NIPR, before the government came up with the directive on social distancing, not only suspended all its activities, including the Annual General Meeting, but also closed all its offices more than two weeks ago.”

Sirajo said “The NIPR also believes that the relatively low (even though rising) figures of those that have so far tested positive for the COVID 19, gives cause for optimism that the pandemic will be contained shortly. We must however not rest on our oars as the figures may not be telling the full story; the devil is in the number of people so far tested.

“The government should therefore intensify efforts at providing more testing facilities and distributing same across the nooks and crannies of the country to avoid the potential of people being infected without knowing.

“Every crisis situation comes with an opportunity that needs to be seized. Covid-19 affords our governments across all tiers, an opportunity for introspection and sober reflection on the state of our healthcare system. For once, all Nigerians, irrespective of status, have no choice but to rely on services provided by our facilities at home. We must therefore ensure that our healthcare system becomes one of the greatest beneficiaries of this crisis through a systematic upgrade of the infrastructure and ancillary services post Covid-19.

“We also commend the Nigerian media (print, broadcast as well as online), for having so far, discharged their responsibility to keep the populace informed of government policies and directives, as well as the adverse impact of the pandemic across the world. So far, their various efforts have, apart from alerting the populace, also doused apprehension and misinformation. Yet there is a yawning gap in dealing with the fundamental issues of Citizen-orientation for which the NIPR is willing to offer a platform to government.

“I enjoin all my professional colleagues in both the public and private sectors, to scale up their games in strategic communication to support respective government policies, activities and all efforts towards fighting the pandemic. Winning the information management battle is a sure way to facilitate the defeat of Covid 19 itself, which is the causative war.

“We commiserate with families of those who lost their lives in the pandemic, while we pray that those that have tested positive will recover speedily.  We strongly believe that Nigeria will come out of this sooner than we think. We advise against distractions at this time. We appeal to the government and those out of it to guard against politicizing any aspect of this very crucial fight for survival while also appealing to all Nigerians to rally round the government as it strives to protect us all,” the statement said.