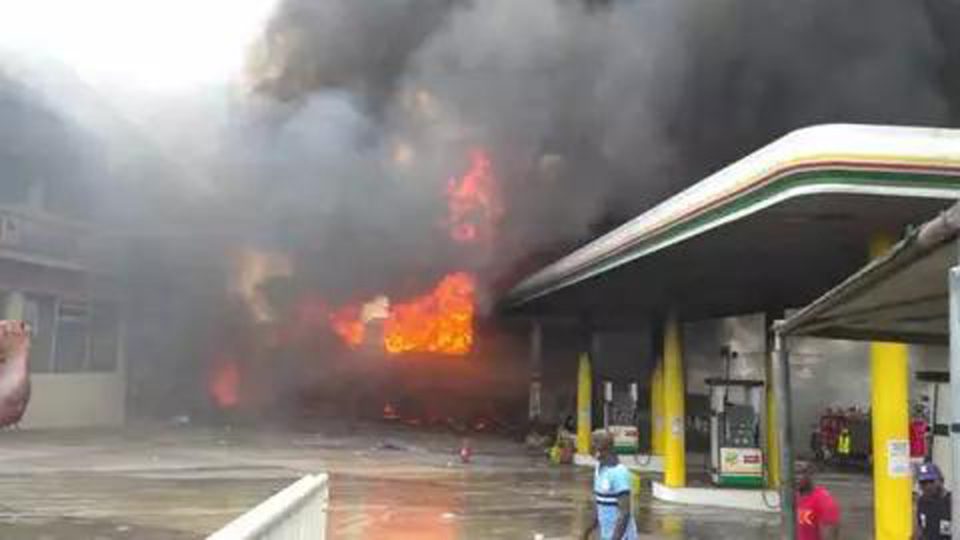 A filling station belonging to the  Nigerian National Petroleum Corporation (NNPC) located within  Ifako-Ijaiye Local Government Area of Lagos State has been gutted by fire.

At the scene of the incident on Monday, the fire extended  to some of the  buildings close to the filling station.

Dr Olufemi Oke -Osayintolu, the Director General, Lagos State Emergency Management Agency (LASEMA), and  men from the agency were also  at the scene of the incident.

Oke-Osayintolu said that the remote nor immediate causes of the inferno could not yet be ascertained.

Oke-Osanyintolu said that upon arrival at the scene, LASEMA observed that a petrol tanker inside the NNPC fuel station had  caught fire, which also culminated to the spread of the fire to buildings nearby.

He also confirmed that the incident started at about 1:30 p.m. on Monday, adding that efforts were ongoing by the agency’s officials, men of the Lagos State Fire Service and the Federal Fire Service to combat the inferno.

Oke-Osanyintolu,however, advised the  members of the public to keep away from the scene so as  to allow the responders to complete their work in good time.

As at the time of filling in this report, efforts were still ongoing to curtail the fire.

Agency gets N18.9m compensation for consumers in Lagos